In his first match as a major champion, US Open winner Dominic Thiem maintains his fine form and eases past Marin Cilic in round one of the French Open on Monday afternoon. 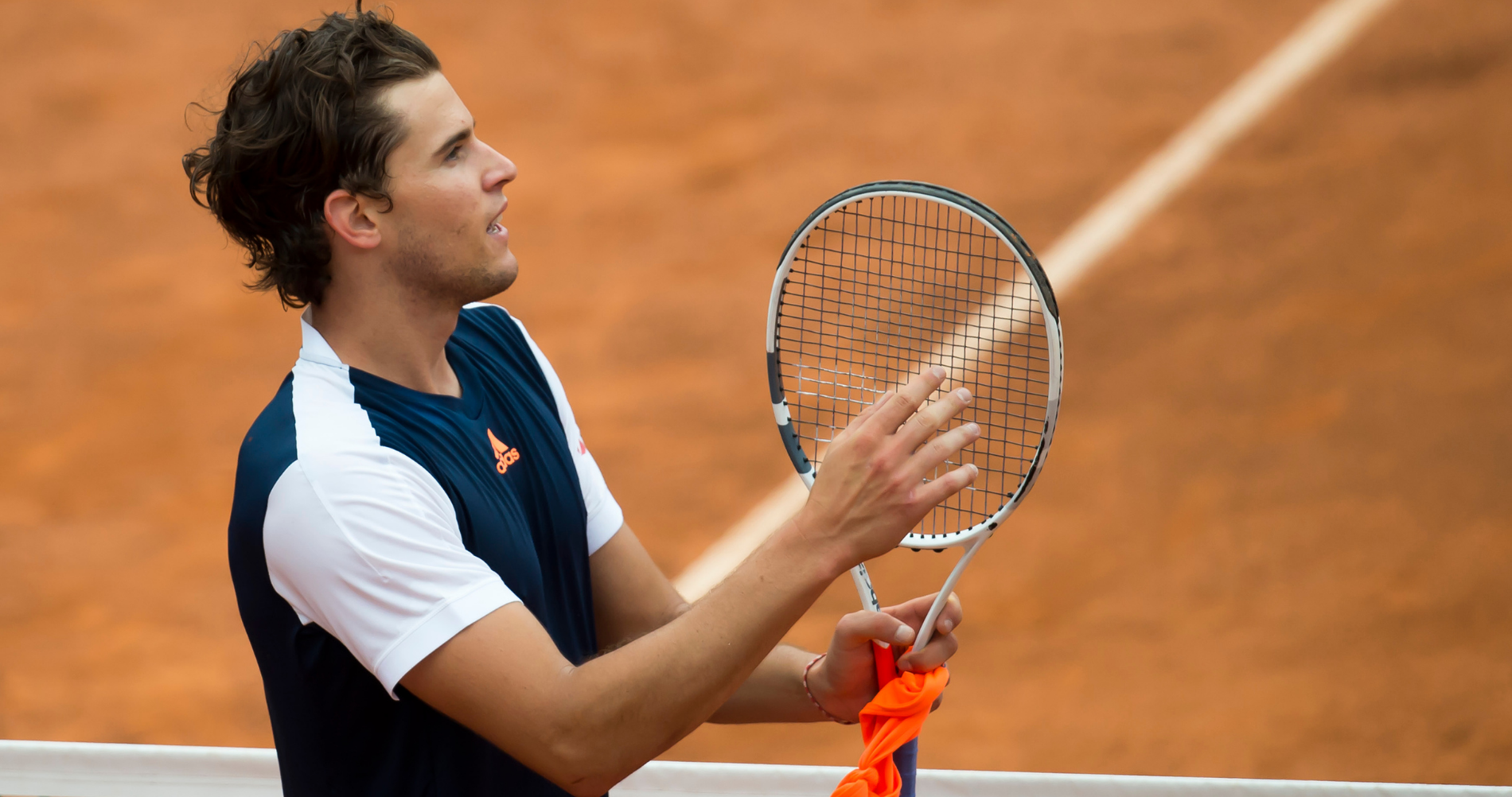 No clay-court matches, no problem for the US Open champion.

Dominic Thiem, the reigning champ at Flushing Meadows, kicked off his bid for a first French Open title by cruising past Marin Cilic in straight sets on Monday. Thiem needed only two hours and six minutes to advance.

On paper, it was by no means an easy first-round matchup. In fact, Thiem and Cilic were two of only five Grand Slam singles winners still in the Roland-Garros men’s draw (also Novak Djokovic, Rafael Nadal, and Stan Wawrinka). The 31-year-old Croat, who triumphed in New York in 2014, is a two-time quarter-finalist on the red clay of Paris (2017 and 2018). He also took a set off Thiem in their third-round match on the Austrian’s eventual way to the US Open title. Moreover, Thiem naturally opted to rest following his New York City success instead of playing any warmup tournaments on clay.

Striking fast and never looking back

Nonetheless, this one was lopsided from start to finish. Thiem broke serve in the opening game of the match, and even though he gave the break right back he regained it later in the first set. After serving out the opener at 5-4, the world No 3 seized complete control by also breaking right away to begin set two. Another scalp of the Cilic serve allowed Thiem to start the third set serving. Thus the 27-year-old continued to put scoreboard pressure on his opponent, adding two more service breaks to chart a mostly routine path toward the finish line. Thiem saved one break point while serving for victory at 5-3 before converting his first match point when Cilic netted a backhand return.

In somewhat cold and slow conditions, even a powerful player like Cilic struggled to hit winners — especially against a player like Thiem who spends most of his time many meters behind the baseline. The Croat recorded only one ace among his 24 winners and he sprayed 43 unforced errors.

“My level was good,” Thiem commented. “I was very happy with the way I played from the beginning to the end, basically. Conditions, I’m used to them — or I know how to play in those kind of conditions, obviously, because in Austria we have many days like that. And then from junior times and when I started to play professional on the futures in March in Croatia or Czech Republic, there were many tournaments with similar conditions. Cold, heavy balls.

“So it’s not really something new for me, and it helps against guys like Marin because it’s a little bit easier to return many serves back in the court and to run down almost every ball. So I like these conditions. And anyway, we have to do the best we can because it’s a very special year.”

Sock next for Thiem

Next up for Thiem is a similar opponent in a way — another former top 10 opponent who remains dangerous but is no longer at his peak. The injury-plagued Jack Sock has done extremely well just to reach the second round, as he has to qualify in order to earn his place in the main draw. Ranked 310th in the world, the 28-year-old advanced on Monday by beating fellow American Reilly Opelka 6-4, 6-4, 6-3.

Thiem leads the head-to-head series 3-1. They have faced each other twice in Paris… but never at the French Open; they split two Paris Masters encounters in 2017 and 2018.