Filip Krajinovic progressed at the expense of Novak Djokovic, but was unable to topple Dominic Thiem in the final. 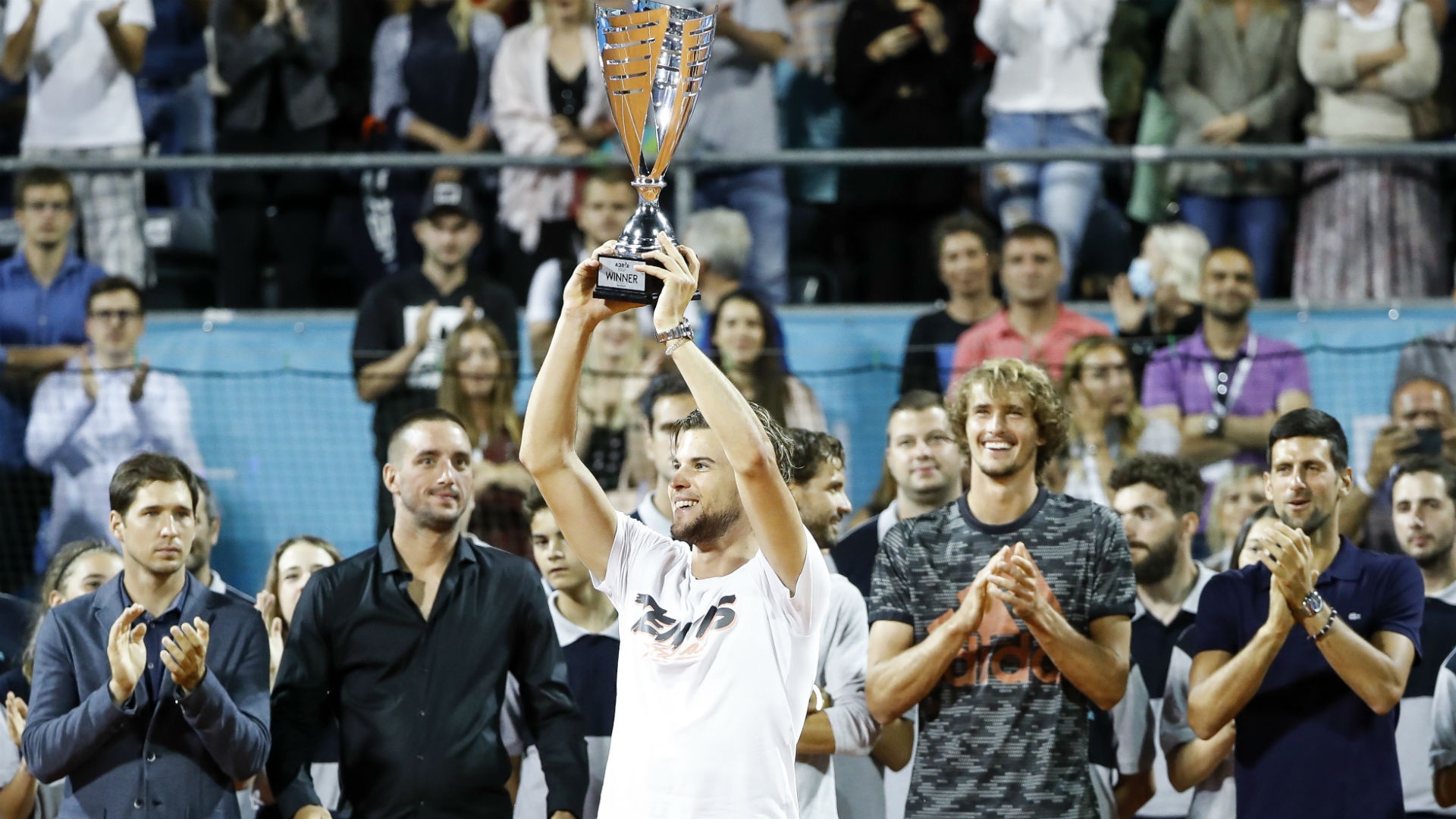 Dominic Thiem overcame Filip Krajinovic in three sets to win the final of the Adria Tour exhibition event in Belgrade.

The world number three claimed the opening set after dominating a tie-break but was pegged back in the second, meaning a decider was required to reveal the inaugural champion.

Thiem crucially recorded a break in the third game before holding his serve to love, pushing him to the brink of glory.

While Krajinovic, who had reached the final at the expense of Novak Djokovic, delayed the inevitable by winning the next game, the Austrian served out for a 4-3 (7-2) 2-4 4-2 victory.

There you have it, folks. @ThiemDomi is the first ever champion of the #AdriaTour. 👏

Djokovic had seen his hopes of success on home soil dashed when he finished second in his group, a defeat to Krajinovic during Saturday’s second session of play proving costly.

While the world number one did go on to record a 4-0 1-4 4-2 win over Alexander Zverev at the Novak Tennis Centre on Sunday, it was not enough.

The eight-player tournament was the opening leg of the Adria Tour, with the next to be staged in Zadar in Croatia on June 21-22.

A planned stop in Montenegro on June 27-28 was cancelled due to restrictions imposed because of the coronavirus pandemic, though the schedule will still finish in Bosnia on the opening weekend in July.

The Adria Tour concludes on July 5, as Djokovic takes on Damir Dzumhur in an exhibition match in Sarajevo.