Home » News » ATP » Tsitsipas back to winning ways on clay, Auger-Aliassime out

Tsitsipas back to winning ways on clay, Auger-Aliassime out

Daniel Evans proved no match for Stefanos Tsitsipas on Wednesday, as the world No 6 eased into the second round of the Hamburg Open. 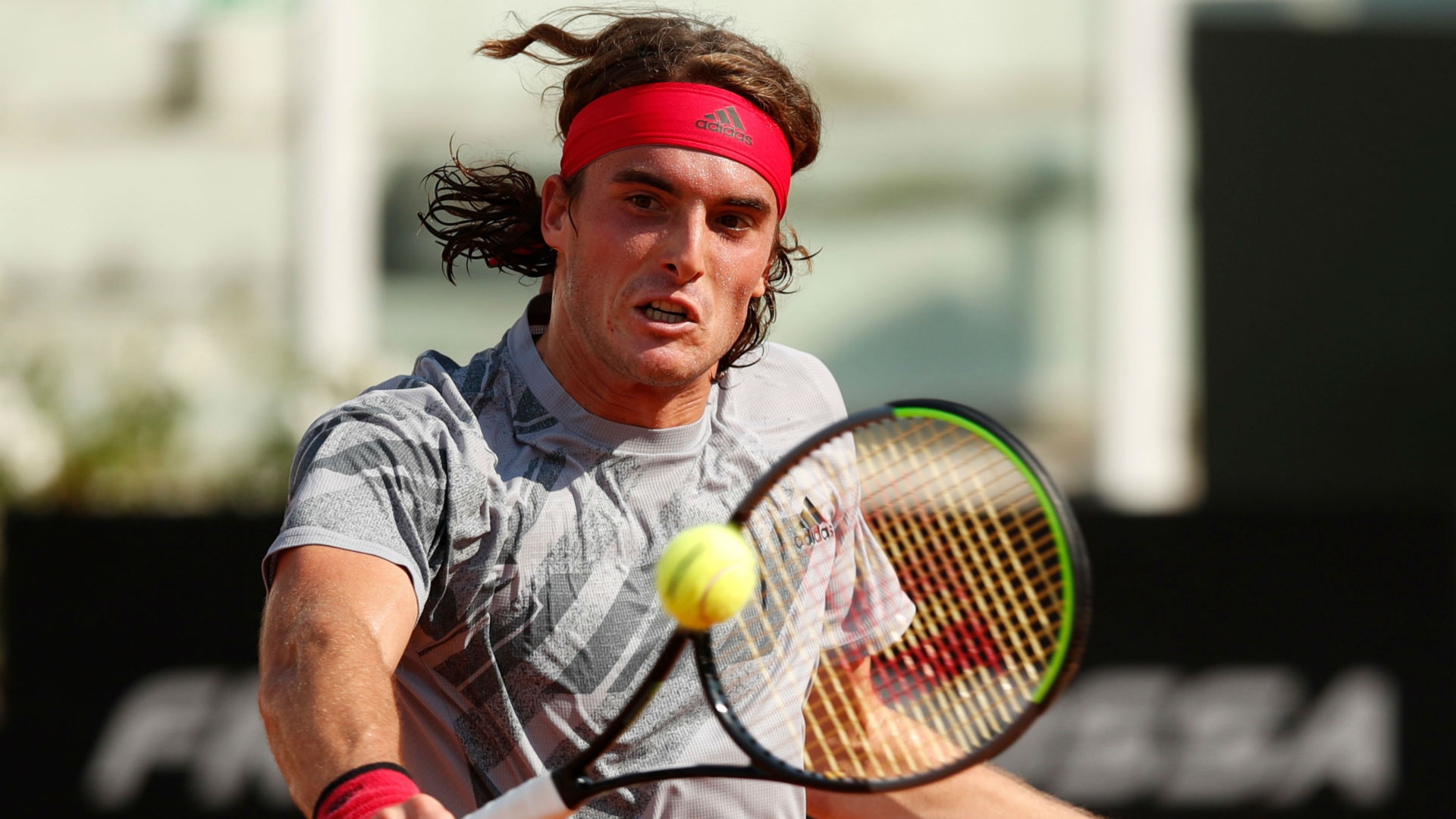 Stefanos Tsitsipas was delighted to be back on clay after he overcame Daniel Evans 6-3, 6-1 in the first round of the Hamburg European Open on Wednesday.

World No 6 Tsitsipas has largely failed to find his best form since the ATP Tour season got back underway in August, and he was eliminated in the US Open third round. However, the 22-year-old defending ATP Finals champion was back at his best in a 59-minute victory over world No 34 Evans. Tsitsipas struck 24 winners and offered up just one break point – which Evans failed to take – and the Greek was thrilled to return to form ahead of the French Open.

The No. 2 seed will face Cuevas in the second round of the #HamburgOpen. pic.twitter.com/WvnMVENEs5

“It’s very satisfying to be playing that level of tennis, as I’ve missed playing on clay,” said Tsitsipas, who will face Pablo Cuevas in round two. “It helps for my confidence. I’ve watched this tournament on TV since I was very young and I’m delighted to have gotten off to a strong start.”

Elsewhere, Benoit Paire was forced to retire hurt against Casper Ruud, while Cristian Garin ended Yannick Hanfmann’s hopes to take a spot in the last eight. Fifth seed Andrey Rublev also booked a quarter-final berth with a 6-1 3-6 6-2 defeat of Tommy Paul and Felix Auger-Aliassime went down 6-4 6-2 to world No 56 Alexander Bublik.

Bublik pulled off an audacious underarm serve at one point, catching Auger-Aliassime unaware as the Canadian slumped to a surprising defeat. In Wednesday’s final match, world No 11 Roberto Bautista Agut needed just over two hours to see off Rome quarter-finalist Dominik Koepfer 6-3, 3-6, 6-3.