Home » News » US Open 2020: Djokovic and Serena have records in their sights

US Open 2020: Djokovic and Serena have records in their sights

Opta data shows Novak Djokovic and Serena Williams could make history at the US Open. 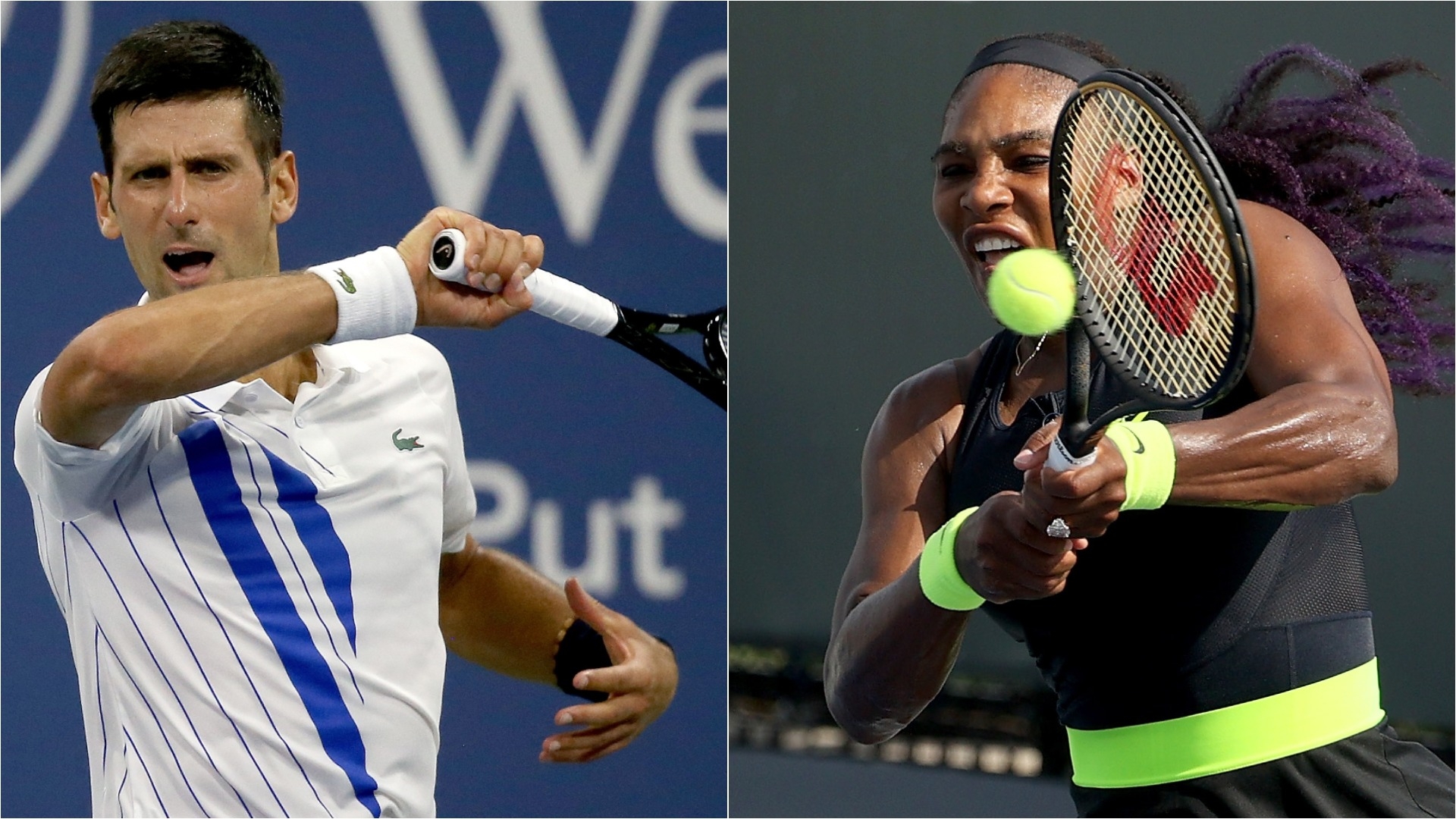 The second grand slam of 2020 gets underway on Monday as a very different US Open begins in New York.

The coronavirus pandemic means there will be players skipping the tournament, fans not allowed into the venue and strict protocols put in place for those who have chosen to take part.

Defending men’s champion Rafael Nadal will not be playing and Roger Federer is out until next year after undergoing surgery, meaning Novak Djokovic has a strong chance of claiming an 18th major title.

Serena Williams will resume her quest for a 24th singles triumph at a grand slam, a task perhaps made easier by the fact six of the WTA’s top-10 players are not in the draw.

History beckons for both Djokovic and Williams at Flushing Meadows, as Opta data shows…

1 – This will be the first major since Djokovic’s professional debut in 2005 where two of the ‘Big Three’ are missing. Federer, Nadal and Djokovic have won each of the past 13 slams between them (Djokovic 5, Nadal 5, Federer 3).

3 – Djokovic has won five of the past seven majors but three of his most recent seven defeats at those events have come against unseeded players, as many as in his first 36 such losses.

8 – The Serbian has reached the last four in 11 of his previous 12 US Opens and has been in the final eight times, the best tally in the open era alongside Ivan Lendl and Pete Sampras.

14 – The last American man to reach the US Open final was Andy Roddick in 2006, when he lost to Federer. Sam Querrey (2017) and John Isner (2018) are the only players from the United States to reach the men’s’ quarter-finals since the beginning of 2012.

15 – Of the past 16 winners of the men’s title, 15 have been European. The exception is Argentine Juan Martin del Potro, who won in 2009. Before that, 10 of the previous 11 champions had been non-European.

1 – Andy Murray (2012 final) is the only player due to attend the US Open in 2020 to have beaten Djokovic at Flushing Meadows.

5 – Since reaching the quarter-finals at Wimbledon in 2017, Murray has only played two grand slam tournaments and has failed to progress beyond the second round each time. However, he has reached the quarter-finals in five of his previous seven US Open appearances.

1 – The US Open is the only men’s grand slam in the open era that has not seen a player win the competition without dropping a set en route to the title.

Smile with the eyes

17 – Conversely, women have won the US Open without dropping a set on 17 occasions. The last to do so was Serena Williams six years ago.

33 – Flavia Pennetta (33 years, six months and 18 days) is the oldest winner of the women’s singles title in the open era. This year, Serena Williams will be 38, while sister Venus will be 40.

4 – Top seed Karolina Pliskova has not reached the quarter-finals in any of her past four grand slams, the longest spell for her since she first made it to the last eight in a major for the first time at the US Open four years ago.

23 – Serena Williams will draw level with Margaret Court on 24 grand slam singles titles with a triumph at Flushing Meadows. She has not won any of the previous 12 slams, though, losing four finals in that run. It is her longest such drought since 1999.

1 – Naomi Osaka is the only woman to win consecutive grand slam singles titles (US Open 2018 and Australian Open 2019) over the past 18 tournaments. She has not gone beyond the fourth round of a major since that win in Melbourne.

5 – Reigning Australian Open champion Sofia Kenin has failed to get beyond round three in her five appearances at the US Open.

6 – With defending champion Bianca Andreescu not taking part, this will be the sixth consecutive year where there will be a different winner of the women’s title. Serena Williams is the last woman to win consecutive US Opens, claiming three in a row from 2012 to 2014.

0 – The US Open is the only slam where Petra Kvitova has never gone beyond the quarter-finals, and she has only reached that stage twice in 12 attempts. In seven of her previous nine visits to Flushing Meadows, she has been eliminated by a lower-ranked player.