Home » News » US Open 2020: Djokovic, McEnroe, Kyrgios and the players to have been defaulted

US Open 2020: Djokovic, McEnroe, Kyrgios and the players to have been defaulted

In remarkable scenes Novak Djokovic was defaulted at the US Open, he is not the first player to suffer such a fate. 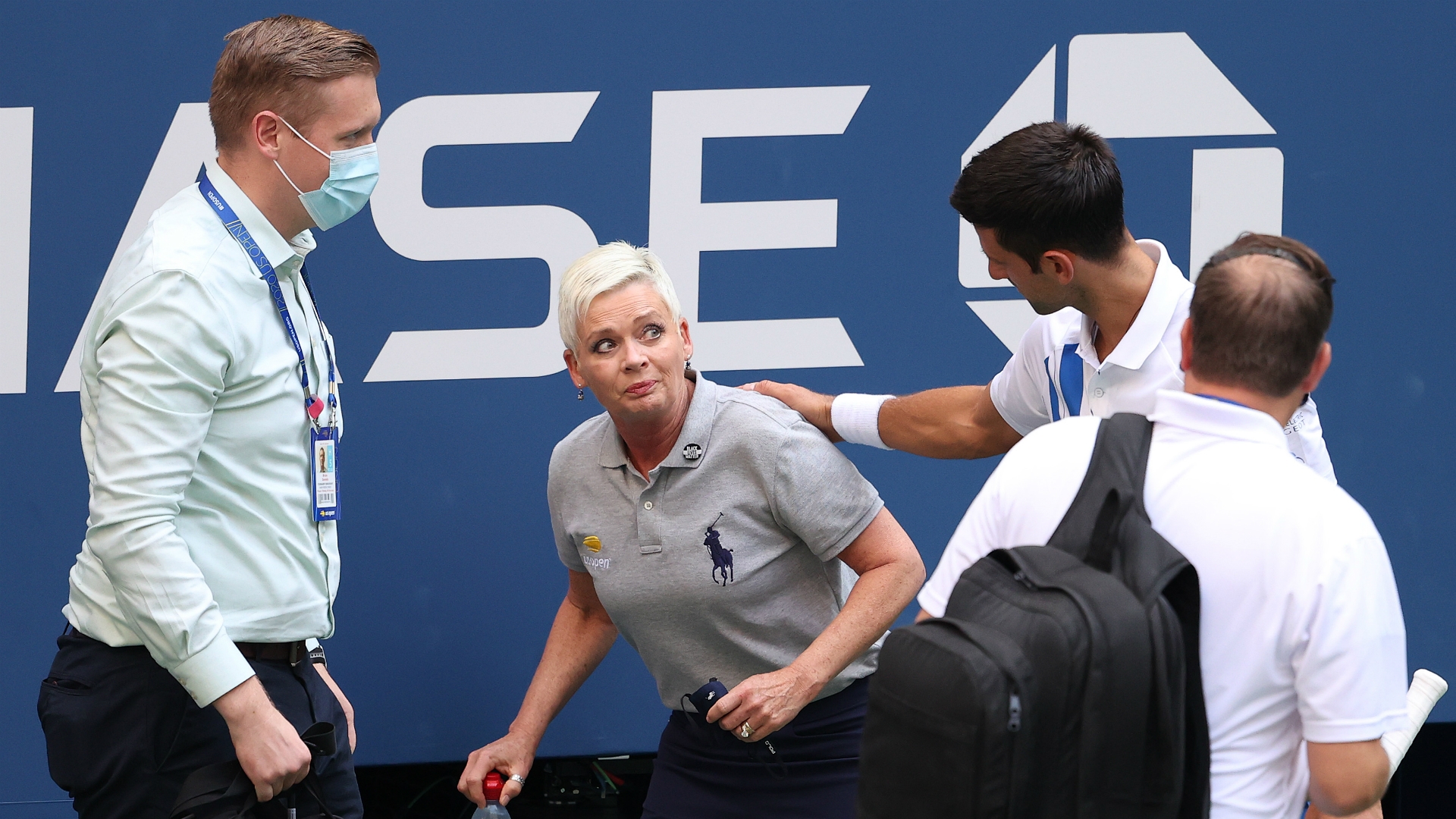 – Why is this a memorable moment: For the first time in the history of modern tennis, a world No 1 was disqualified in a Grand Slam. Frustrated at being broken in the first set by Pablo Carreño Busta in the round of 16, Novak Djokovic hit a ball that hit a linesperson’s throat. The tournament management then decided to disqualify him.
– The highlight: This gesture of frustration from Djokovic might never have happened if he had converted one of his four break points obtained in the first set. He led in particular 0-40 in the game preceding his disqualification.
– The statement: “I am really sad and drained after this story. I checked in with the linesperson and the tournament told me that thank God she is feeling good. I am extremely sorry I caused her so much stress. It was completely unintentional. It was very bad of me.” – Novak Djokovic

Novak Djokovic’s latest opportunity to close in on Roger Federer’s record for the most grand slams won by a male player ended in remarkable circumstances at the US Open on Sunday.

With Federer and fellow legend Rafael Nadal absent in New York, Djokovic was the overwhelming favourite to move to 18 majors – just two shy of the Swiss great.

But Djokovic was defaulted in his fourth-round match against Pablo Carreno Busta after hitting a linesperson with a ball.

The Serbian, who had just dropped serve to fall 6-5 down in the first set, immediately apologised and another judge came over to help the woman who audibly gasped for air.

Below we take a look at some of the most famous examples of players being defaulted on the ATP Tour.

.@pablocarreno91 is through to the #USOpen quarter-finals after Novak Djokovic is defaulted. pic.twitter.com/bXRHXsBTk7

McEnroe was playing the relatively unknown Swede Mikael Pernfors in the fourth round of the Australian Open but saw his tournament come to an end after three separate code violations. The then-world number one received his first for intimidating a linesperson, the second for racket abuse and his third for swearing at the umpire and the tournament referee. McEnroe was leading two sets to one at the time, wasting an opportunity to win a trophy he never managed to lift.

Wimbledon’s cult hero Henman and doubles partner Jeremy Bates became the first players in the Open Era to be defaulted from the tournament after he accidentally fired a ball into the head of a ball-girl. Their doubles match with Jeff Tarango and Henrik Holm was in a fourth-set tie-break with Henman and Bates up two sets to one, and a disbelieving crowd booed the decision as the players were forced to leave Court 14.

Djokovic at least cannot yet be grouped with Koubek, who was remarkably disqualified from the main draw three times in his tennis career. In the 2000 French Open he threw his racket and it hit a ballboy, and he had already received three warnings during the match. Seven years later Koubek was the subject of a straightforward default for using abusive language to Metz tournament supervisor Thomas Karlberg, although he protested the insult was “out of the situation and not against Karlberg personally”. In 2010, the same man was sensationally disqualified from an Austria League match for grabbing opponent Daniel Kollerer by the throat at the changeover.

Nalbandian’s default cost him the title at Queen’s Club, with his remarkable misdemeanour coming in the 2012 final against Marin Cilic. After losing a point, Nalbandian angrily kicked a nearby advertising board, hitting the linesperson sat behind it in the right leg. Although the player quickly sought to apologise, the injured man hopped around pointing at his bloody shin. “I’m very sorry,” Nalbandian said, before adding to boos: “Sometimes we feel a lot of pressure from the ATP to play a lot of tournaments.”

Now regarded as one of the men’s game’s best emerging talents, Shapovalov had a moment to forget during a Davis Cup tie for Canada against the United Kingdom while aged 17 over three years ago. After dropping serve to trail Kyle Edmund 6-3 6-4 2-1, Shapovalov smashed the ball in annoyance and struck French umpire Arnaud Gabas in the eye. He later described himself as “incredibly ashamed and embarrassed” as the result meant Great Britain won the tie.

One of the most naturally gifted but controversial players on the ATP Tour, it is little surprise to see Kyrgios’ name appear on this list. The Australian reacted badly to receiving a game penalty for unsportsmanlike conduct in a second-round clash with Casper Ruud at the Italian Open. Kyrgios kicked out in disgust and launched a chair before walking off as he was disqualified by the umpire.