Home » News » Citi Open “heartbroken” at having to cancel 2020 Washington event because of travel, Covid-19 fears

Citi Open “heartbroken” at having to cancel 2020 Washington event because of travel, Covid-19 fears

The Citi Open in Washington, which was scheduled to be the first event back on the ATP Tour after the Covid-19 lockdown, said Tuesday it was “heartbroken” to announce that it was cancelling this year’s tournament because of “concerns over travel restrictions” and recent trends in the coronavirus pandemic. 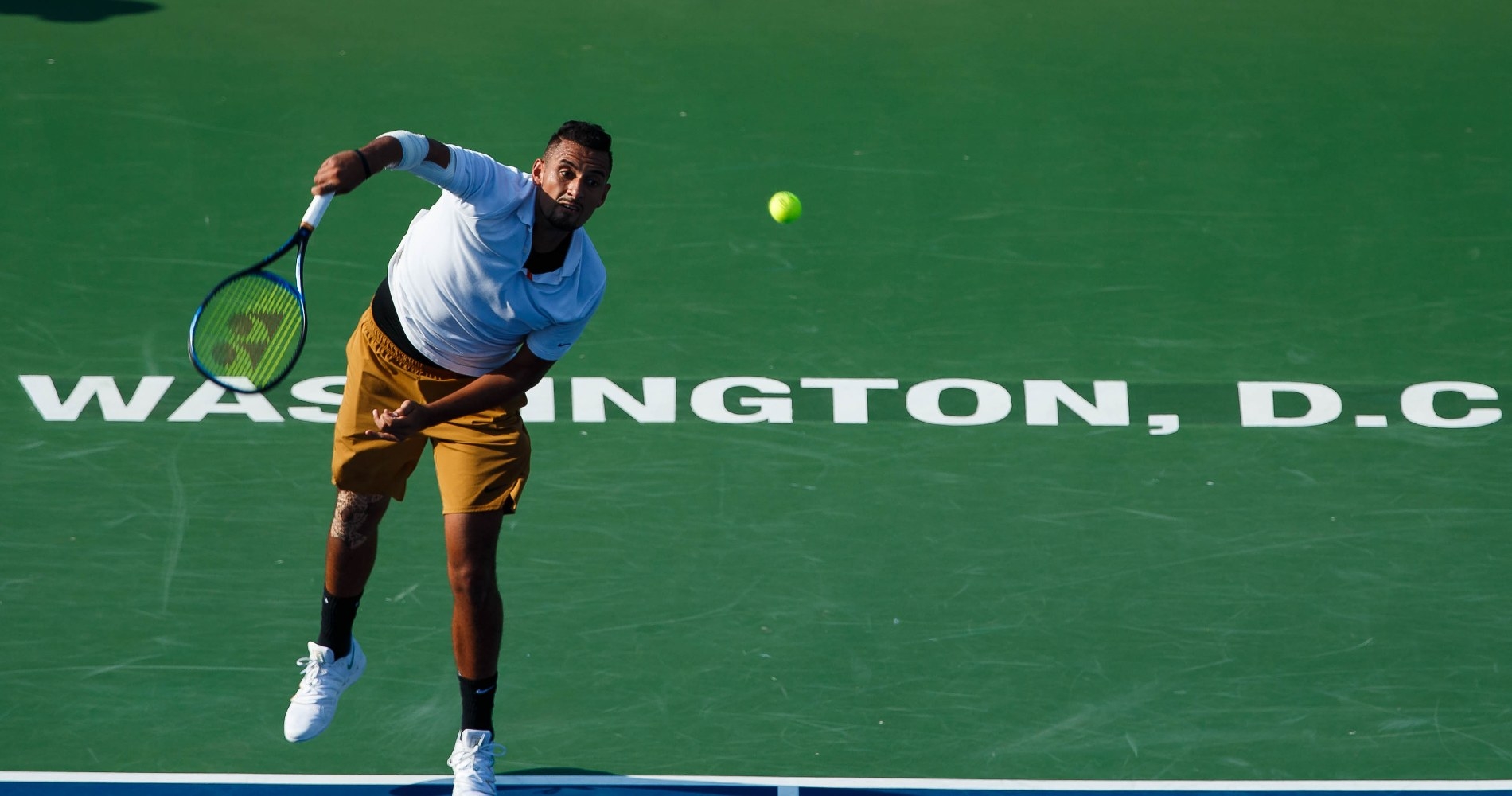 The Citi Open had been due to be the first tournament back after the resumption of the ATP Tour, which has been in lockdown since early March.

Earlier this month, the Citi Open’s Mark Ein told Tennis Majors that despite taking every precaution, he feared that travel restrictions, and problems beyond their control, would force them to cancel.

And so it proved on Tuesday as Ein confirmed the news in a statement, emailed to Tennis Majors. 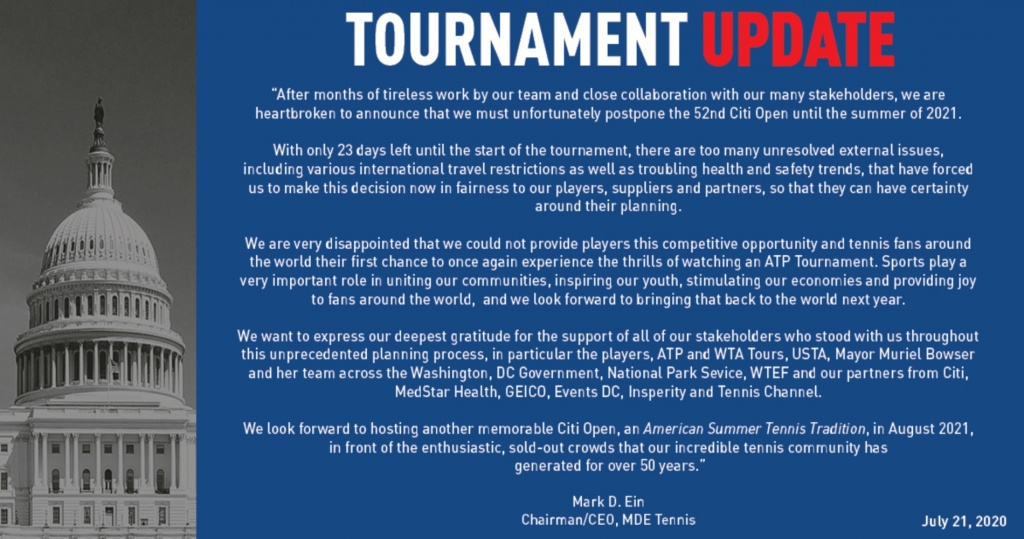 The news will cast further doubt on whether the US Open, scheduled to take place from August 31 to September 13, will happen, though US Open tournament director, Stacy Allaster, told the New York Times that they were still on track and in a statement, the USTA said it would have no impact.

USTA statement on the cancellation of the Citi Open: pic.twitter.com/EWHCAQCTja

The Western & Southern Open, usually played in Cincinnati, is due to be played on the US Open site from Aug 22-28 to enable players to stay in a bubble through to the end of the US Open, a move intended to reduce the likelihood of further spread of the virus.

In a statement, the ATP chairman Andrea Gaudenzi said it was disappointing that the Citi Open will not be going ahead. No fans will be allowed on site at the US Open.

“I know how hard Mark Ein and his team have worked to adapt to new and continually changing conditions and would like to recognise their outstanding commitment to staging the event,” Gaudenzi said. “Unfortunately for the moment there are still large factors at play which are outside of our control. We look forward to the Citi Open returning as one of our signature American events in 2021.”

The ATP said it hoped to have a “further update expected in the next fortnight on a provisional schedule of events, including the final section of the season through to the Nitto ATP Finals in November.”