Ugo Humbert picked up one of the biggest wins of his career at Bercy on Tuesday while Stanislas Wawrinka and Richard Gasquet were among other notable names to advance on day two. 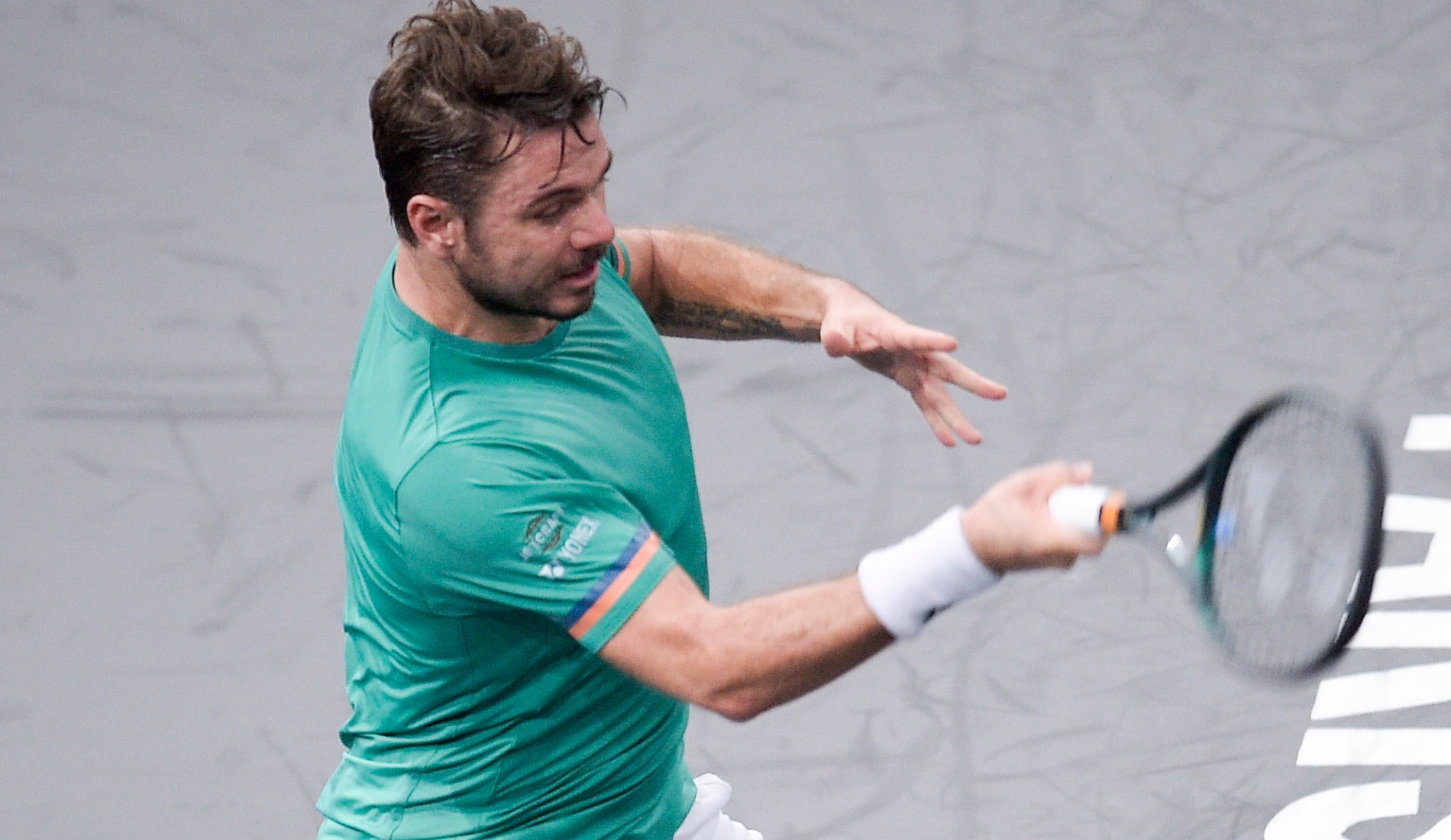 There may not be any fans allowed into Bercy this year due to the coronavirus but the place came alive on Tuesday night as Ugo Humbert and Stefanos Tsitsipas battled it out in a classic, while Stan Wawrinka, man of the moment Lorenzo Sonego and Milos Raonic also advanced.

Despite an impressive end of season run that has seen British No 1 Daniel Evans make two semi-finals at the European Open and Vienna Open, it would have taken a brave man to bet against Stanislas Wawrinka given their respective head-to-heads (5-0). The matches have always been tight, and this was another one, but the Swiss prevailed 6-3, 7-6.

Perhaps before his heroics in Vienna, it would have been a tough match to call between Italy’s Lorenzo Sonego and Alexander Bublik from Kazakhstan. But Sonego is full of confidence now after his final appearance in Austria, and he breezed through 6-1, 6-4.

The 10th seed Milos Raonic was also a man in a hurry against Alijaz Bedene, winning 6-3, 6-2 in just over an hour.

The biggest shock of the day was the exit of No 2 seed Stefanos Tsitsipas, the Greek losing a marathon encounter which lasted over three hours against local favourite Ugo Humbert. It was a tough test on paper for the Tsitsipas and he had to stave off match points in the second set tiebreaker to even force a third. But Humbert was a man possessed and as Tsitsipas, who later said he was struggling with a leg issue, found a second wind to prevail in one of the classic Bercy encounters.

That match finished late but there was still time for another shock as Italian Matteo Berrettini lost 7-6, 6-7, 7-5 to Marcos Giron, the American clinching victory in just 10 minutes short of three hours. The seventh seed had not played since Roland-Garros but it was still a big win for world No 91 Giron.

Those in the know for tennis fans and pundits alike were surely happy to see one of the good guys in John Millman secure his first ATP Tour title after beating Adrian Mannarino at the Astana Open. Perhaps it was the exertion of the week that took its toll, but it was still a surprise to see the popular Aussie go down 6-4, 6-2 to Miomir Kecmanovic.

Gilles Simon may be in the twilight of his fine career, but even so, after an assured opening set and leading 3-0 in the decider against debutant Tommy Paul from the USA, it seemed certain that the veteran would advance on home soil. Yet as the American fought back, Simon became increasingly frustrated, hitting balls into an empty crowd and he allowed his temper to get the better of him, Paul emerging victorious 3-6, 6-3, 6-3.

Perhaps the toughest match of the day to call was the out of sorts David Goffin versus qualifier Norbert Gombos. Eighth seed Goffin is a quality performer but has suffered an alarming drop off in form of late but it was still somewhat of a surprise to see the former world No 7 suffer a 6-4, 7-6 (8-6) defeat at the hands of the Slovak.

Up next, Stan Wawrinka….

In his #RolexParisMasters debut, @TommyPaul1 completes the comeback against Simon 3-6, 6-3, 6-3 to set a second round date with the 🇨🇭 pic.twitter.com/xwDewnGR2a

Perhaps one of the most eagerly-anticipated clashed of the second day featured home favourite Richard Gasquet against the powerful American Taylor Fritz. And it looked a walk in the park early on for the Frenchman, as he breezed through the opener 6-0. But Fritz is not one of the most highly rated youngsters for nothing, and he rallied back against his senior opponent, taking the second set only for Gasquet to turn it round again and clinch a 6-0, 3-6, 6-3 victory.

An early thriller featured Australian Open quarter-finalist Tennys Sandgren against another home favourite Pierre-Hugues Herbert. And it was the Frenchman who eventually emerged victorious, fighting back from losing a one-sided opening set to triumph 2-6, 6-4, 7-6.

With only five places between them in the men’s singles rankings, Pablo Andujar vs. Yoshihito Nishioka was always going to be a very tight match to call. And after losing the opening set, it was the Japanese who rallied to win 5-7, 6-4, 6-2.