Stan Wawrinka eases past Andy Murray in straight sets during first-round action at Roland-Garros on Sunday. Next up for Wawrinka is an in-form Dominik Koepfer. 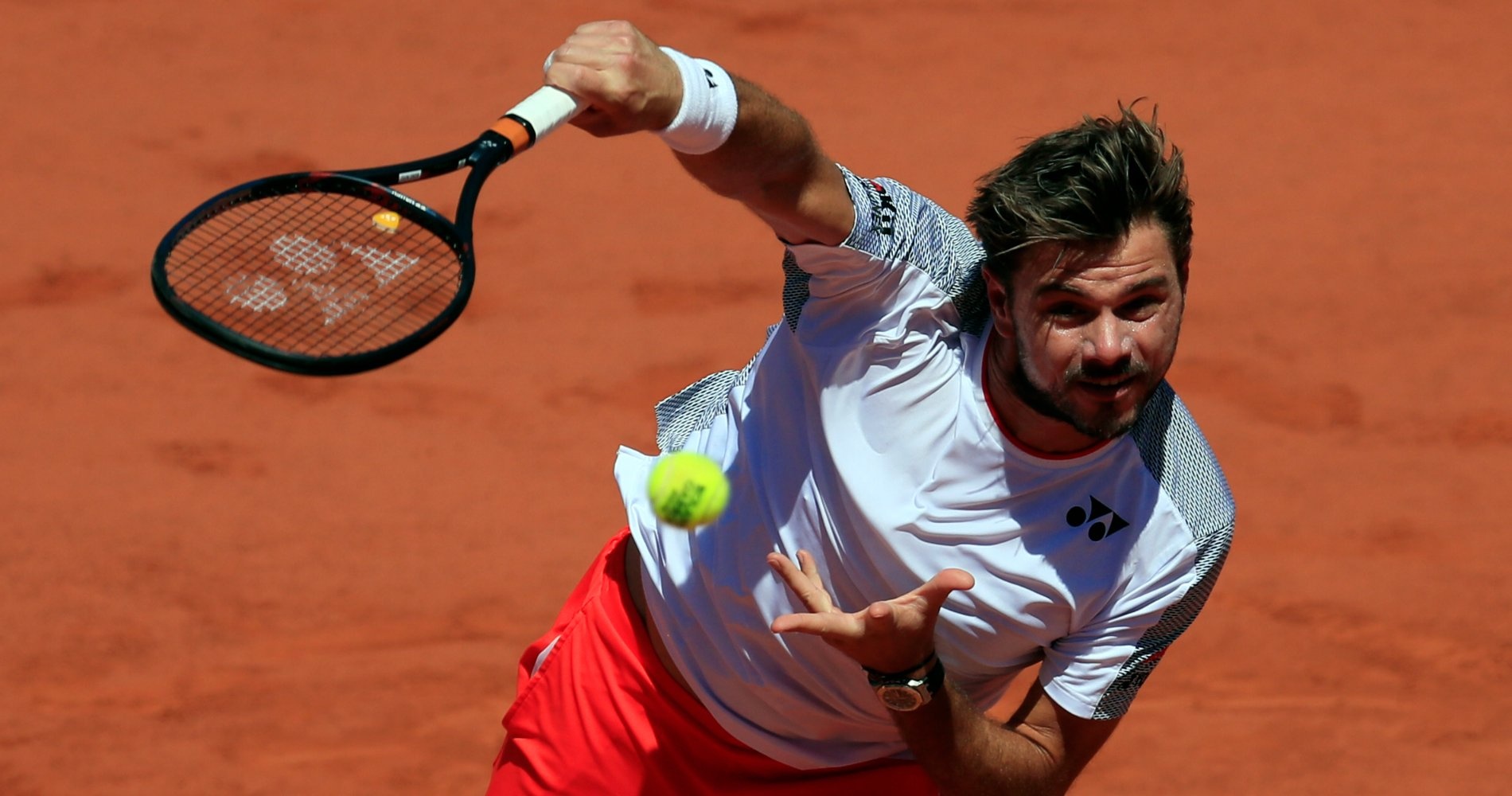 It is safe to say that the 21st chapter of the Andy Murray-Stan Wawrinka rivalry was not a replay of their previous match at Roland-Garros.

Wawrinka needed just one hour and 37 minutes to crush Murray in straight sets and reach the second round of the season’s third and final major. The Swiss saved all three of the break points he faced and broke the Scot a whopping six times in just three sets.

In the 2017 French Open semi-finals, Wawrinka prevailed 6-7(6), 6-3, 5-7, 7-6(3), 6-1 after four hours and 34 minutes before finishing runner-up to Rafael Nadal. It can be argued that neither man was ever the same again after that, as Wawrinka became plagued by knee problems and Murray went through his well-documented hip struggles. In fact, Sunday marked the former world No 1’s first appearance at this event since his 2017 loss to Wawrinka.

Needless to say, the world No 17’s comeback has not been as difficult as Murray’s. Wawrinka was a quarter-finalist last year on the red clay of Paris and he played like it on Sunday. He fired 42 winners compared to 27 unforced errors, including nine aces and only one double-fault. Murray, who won one match at the US Open but then got blown out by Felix Auger-Aliassime in round two, finished with 10 winners and 26 errors against Wawrinka.

“That’s probably in terms of scoreline — I might be wrong — but I think that’s the worst defeat maybe of my career in a Grand Slam.” Murray lamented. “So, yeah, I should be analyzing that hard and trying to understand why the performance was like that. I don’t feel like the conditions are an excuse for it; I don’t feel like that’s a valid reason…. I’ll need to have a long, hard think and try and understand what happened.”

“Andy won everything that you can win in tennis,” Wawrinka praised. “He was No. 1. He had amazing career…. Nobody expected him to come back on the tour. He’s getting back. He’s amazing champion. It’s always going to be special to play against him.”

Koepfer next for Wawrinka

The 2015 French Open champion’s reward is a second-round meeting with a red-hot Dominik Koepfer.

Although Wawrinka-Koepfer won’t generate the same headlines as Wawrinka-Murray, it could be a much tougher test for the No 16 seed. Koepfer won seven matches (qualifying included) in his two previous clay-court events in Rome and Hamburg — including a run to the Rome quarter-finals. The 61st-ranked German maintained his fine form by beating French wild card Antoine Hoang 6-2, 3-6, 6-1, 6-1 on Sunday.

“Tough player,” Wawrinka assessed. “Been playing well. I saw him playing in Rome few matches; I saw him play last week, also. So I expect he’s in full confidence. He won a lot of matches against some top guys. It’s going to be interesting match. (I have) never played or practiced with him, so it’s gonna be completely different match. Hopefully I can keep playing well.”