Sofia Kenin became the first American other than a Williams sister to progress to the Australian Open final since Lindsay Davenport in 2005. 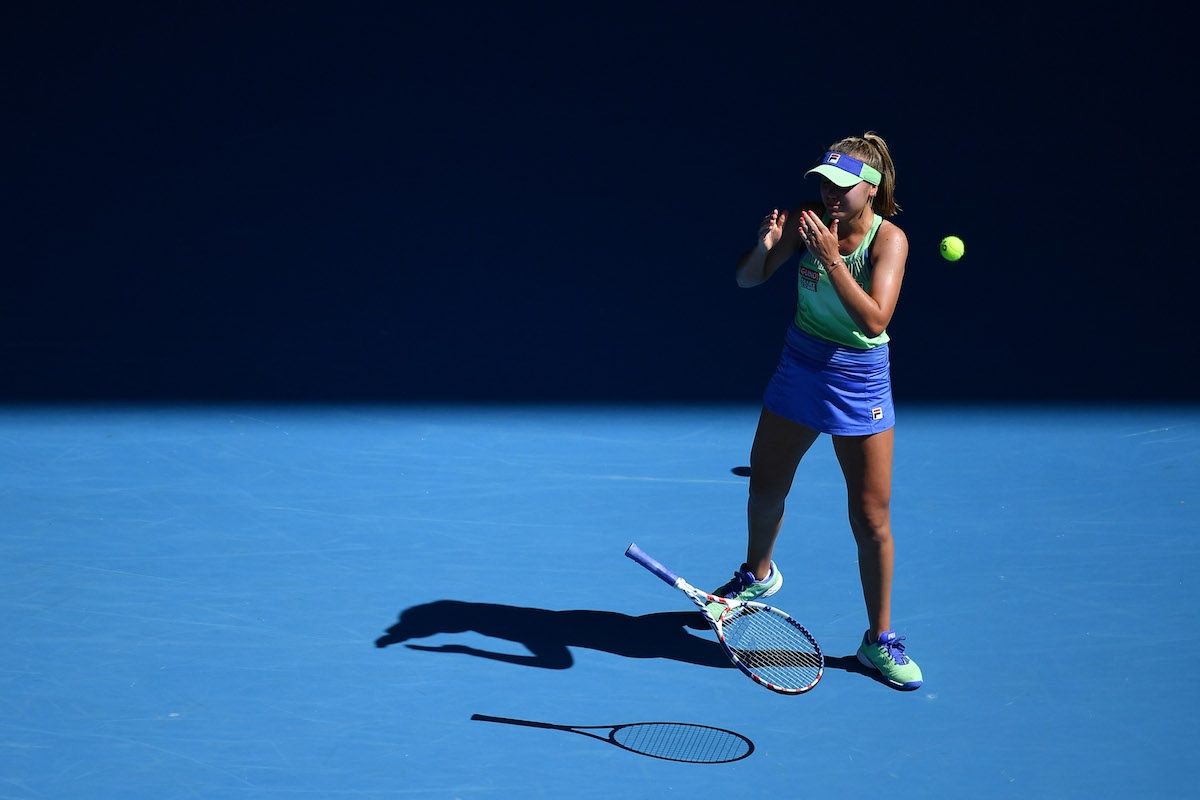 Sofia Kenin advanced to her first grand slam final after stunning world number one Ash Barty 7-6 (8-6) 7-5 in scorching heat at the Australian Open.

Barty was looking to become the first Australian woman to reach the decider in Melbourne since Wendy Turnbull in 1980, however, the top seed wasted chances as she lost with the temperature approaching 40 degrees celsius on Thursday.

Kenin, who saved a pair of set points in each of the first and second sets, spoiled the party to become the first American other than a Williams sister to progress to the Australian Open final since Lindsay Davenport in 2005.

The 21-year-old – set to face either 2018 runner-up Simona Halep or Garbine Muguruza – also became the youngest player to defeat a world number one at the tournament since 2008, when Maria Sharapova upstaged Justine Henin in the quarter-final.

Clutch Kenin@SofiaKenin collects a 7-6(6) 7-5 win over world No. 1 Barty to reach her first Grand Slam final and become the youngest Melbourne finalist since 2008.#AO2020 | #AusOpen pic.twitter.com/vPxrtFzgZU

It was all power and prowess to start the semi-final, with not much separating the pair in scorching conditions in Melbourne, where the Rod Laver Arena roof remained opened throughout.

Barty – who had won the opening set in all five of her previous encounters with the American – threatened to break serve in the sixth game, but Kenin saved all three opportunities.

There was a stunning sequence of play in the following game, when Barty was left scrambling as she chased down a drop shot and then sprinted back to get to a lob before defending desperately – Kenin eventually forehanding into the net and dropping her racquet in shock.

Barty, who hit 22 winners to Kenin’s 12 in the first set, was then left to rue a missed opportunity after opting not to challenge a call at 30-30 in the 12th game. Replays showed the ball was out as Kenin forced a tie-break.

And it was a bad decision after Kenin saved a pair of set points in the tie-break before stunning French Open winner Barty following 59 minutes of energy-sapping tennis.

However, Barty bounced straight back in the second set, claiming the first break of the match in the third game for a 2-1 lead – Kenin spraying a forehand long.

Barty looked to be cruising towards a third and deciding set, bringing up two set points, but Kenin fended off both and then sensationally broke to level at 5-5 before going on to silence the Australian crowd.