The world’s top women got the job done on Monday, with Ash Barty joining Naomi Osaka and Serena Williams in round two in Melbourne. 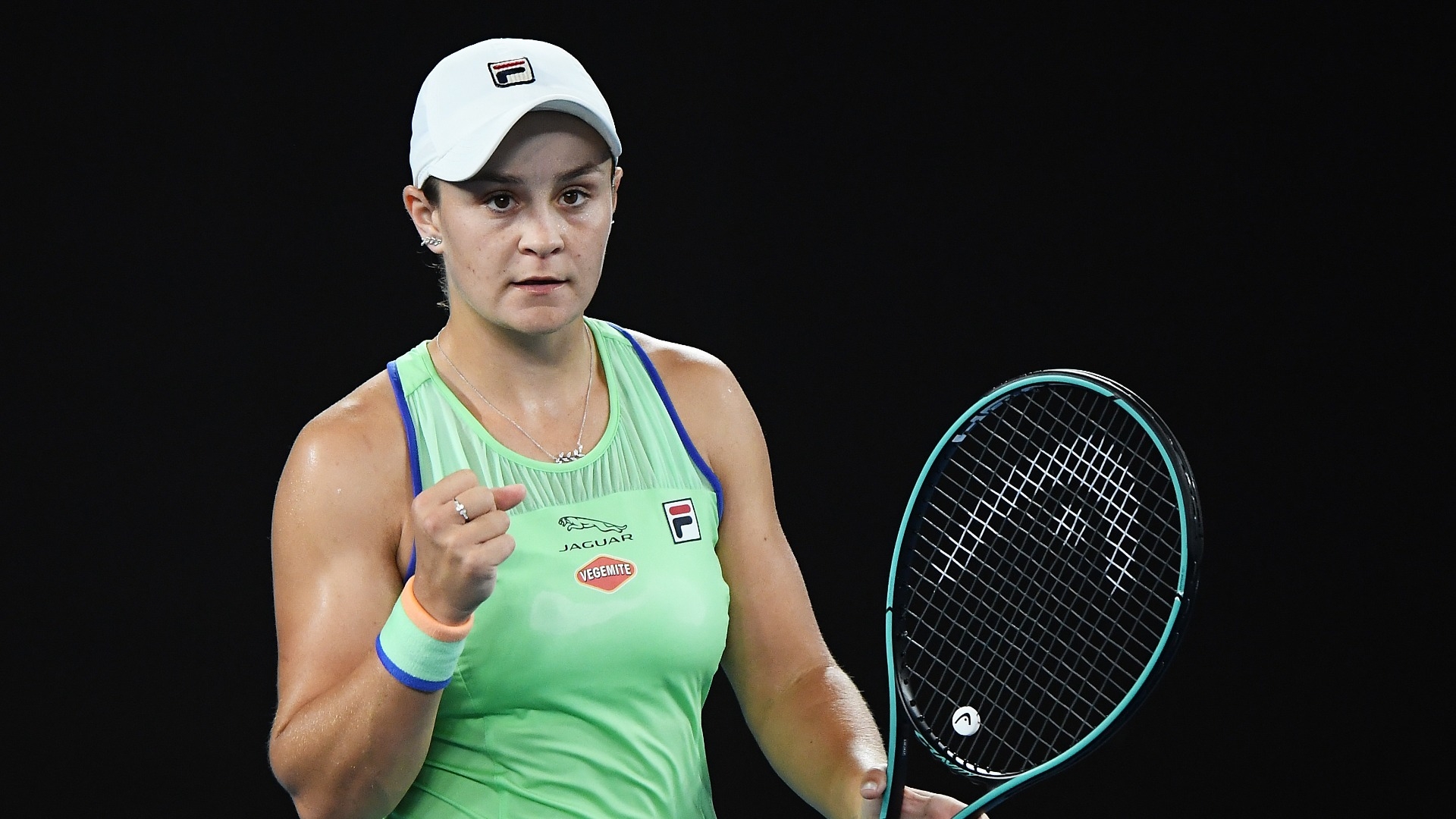 World number one Ash Barty was relieved to come through the “chaos” of a first day of few shocks at the Australian Open.

Home favourite and top seed Barty had to come from a set down to progress in Melbourne, beating Lesia Tsurenko 5-7 6-1 6-1.

The Queenslander ensured she joined several other big names in advancing, with defending champion Naomi Osaka triumphing along with Serena Williams and Petra Kvitova – straight-sets winners over Anastasia Potapova and Katerina Siniakova respectively.

Venus Williams did not follow her sister into round two, though, as she fell to 15-year-old Coco Gauff once again.

Gauff had already beaten fellow American Williams at Wimbledon last year and pulled off a repeat on Monday.

Caroline Wozniacki, who will retire at the end of the tournament, prolonged her career by easing past Kristie Ahn 6-1 6-3.

BARTY GETTING BETTER AT EACH SLAM

Barty won the French Open last season and feels she is improving with the experience of every major.

“It’s always a little bit different, I think,” she said. “Slams always feel like there’s a lot of chaos going because there’s so many people.

“I feel like we’ve been able to do that better and better with each slam that I’ve played. It’s an experience thing. You have to learn how to deal with it, but it’s getting better.”

Plenty of reasons to smile for Aussie local @ashbarty on Night 1 of the #AusOpen.#AO2020 pic.twitter.com/CMuNmaSuJu

Reflecting on her role as a home favourite and the top seed, Barty added: “I feel like I’m doing it the best way that I know how. I’m doing it with my team. We’re doing it as a team.

“We’re loving it. We’re embracing it. There’s no other way to approach it. I think we’re just going along for the ride, trying to play some good tennis.”

VENUS: THE SKY’S THE LIMIT FOR COCO

Seven-time grand slam winner Venus Williams knows a thing or two about champions, and she expects new nemesis Gauff to go all the way to the top.

Asked if the teenager has a “champion’s mentality”, Williams replied: “She clearly wants it, works very hard, is extremely mature for her age. I think the sky’s the limit for her.”

The veteran was impressed by Gauff’s mentality, adding: “She just played very focused and put a lot of balls in the court. That’s what you have to do.

“She’ll play well for the rest of the event.”

WOZNIACKI ‘TRYING TO ENJOY THE MOMENT’

Knowing her career is coming to an end, Wozniacki acknowledged she found it difficult to keep her emotions in check.

Not done yet! Moving on to round 2! thanks for all the support pic.twitter.com/yWaodH33Sj

But the 2018 champion is determined to enjoy her final days at the top of the sport.

“I feel good, having won my first match here. It’s always tricky, especially knowing it’s my last tournament,” she said. “There’s a lot of just emotions, but I tried to keep them in check, and I thought I did that very well today.

“I think I’m just really trying to enjoy every moment. I don’t know that there is one particular moment, but there is once in a while where you’re like, ‘Wow, this really is my last one’.

“You never know, it [could be] still two weeks from now. But every match you go out there, I’m just going to give it everything that I have, because it could be the last.”