Coco Gauff, 15, is preparing for a last-16 clash with Sofia Kenin at Melbourne Park after dethroning defending champion Naomi Osaka. 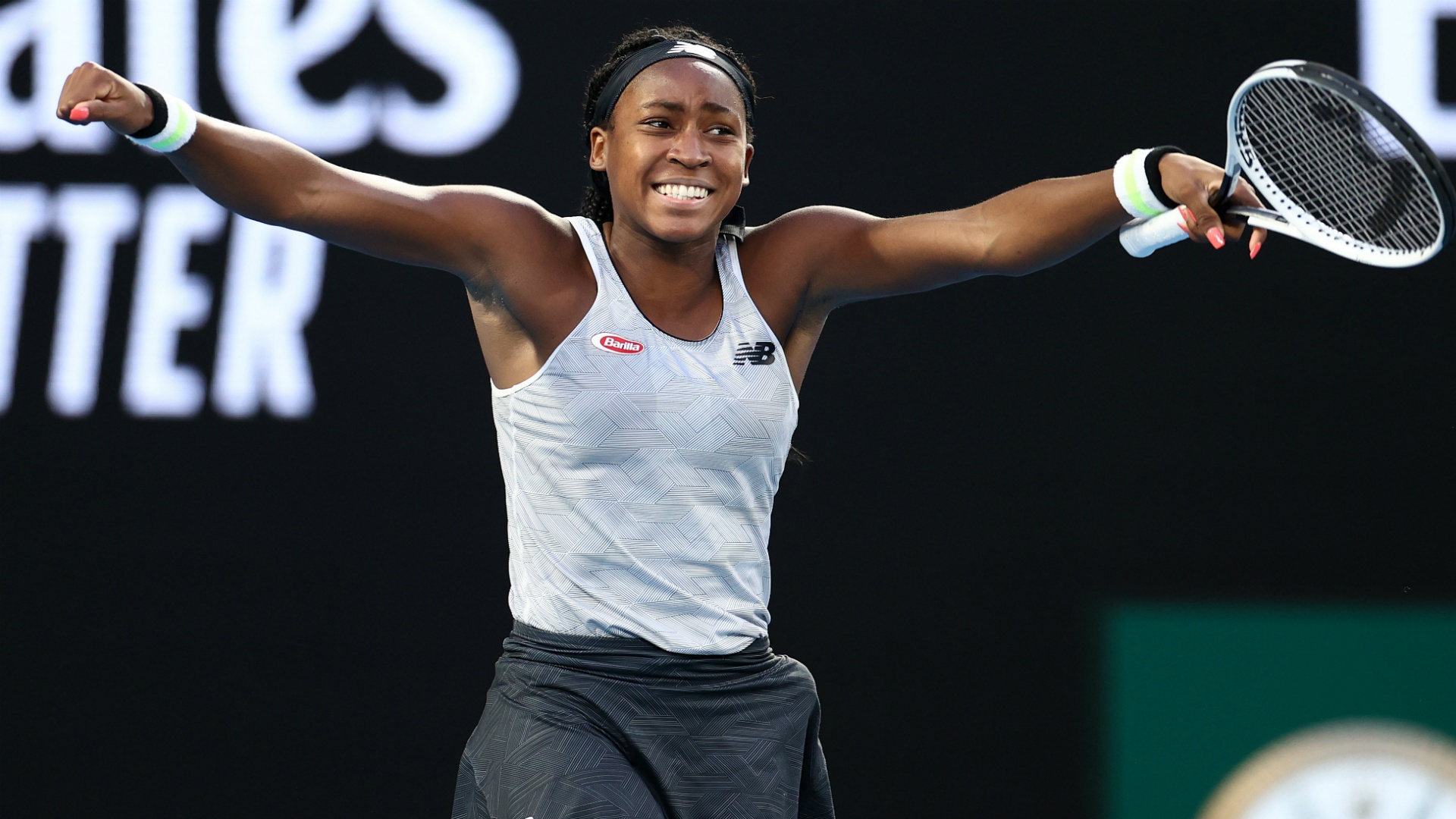 Coco Gauff continues to make history at the Australian Open and the American teenage sensation has the chance to break more records.

Gauff has the opportunity to become the first 15-year-old to win a grand slam title after dethroning Australian Open champion and third seed Naomi Osaka in the third round on Friday.

After announcing herself against Venus Williams at Wimbledon last year, Gauff has flourished in her main-draw debut at Melbourne Park this month.

Not overawed, Gauff became the youngest player to beat a defending champion at the Australian Open in the Open Era courtesy of her ruthless 6-3 6-4 victory over former world number one Osaka on Rod Laver Arena.

It was a performance, which lasted just over an hour, that shattered records in Melbourne, where Coco Gauff became the youngest player to beat a defending champion at a slam since Jennifer Capriati (15 years and 163 days) at the 1991 US Open.

Gauff also eclipsed Martina Hingis – the youngest winner of a major singles title (1997 Australian Open) at 16 years and 105 days – as the youngest player to reach the last 16 at Melbourne Park since the Swiss great (15 years and 120 days) made it through to the 1996 quarter-finals.

She was the first American woman in 30 years to reach the third round in each of her first three slam main-draw appearances, a feat accomplished by neither Williams sister, and the third player in the last 30 years to earn at least eight slam match wins before her 16th birthday.

Gauff is also the youngest player to defeat a top-five ranked opponent since the 1991 match between Capriati and Gabriela Sabatini.