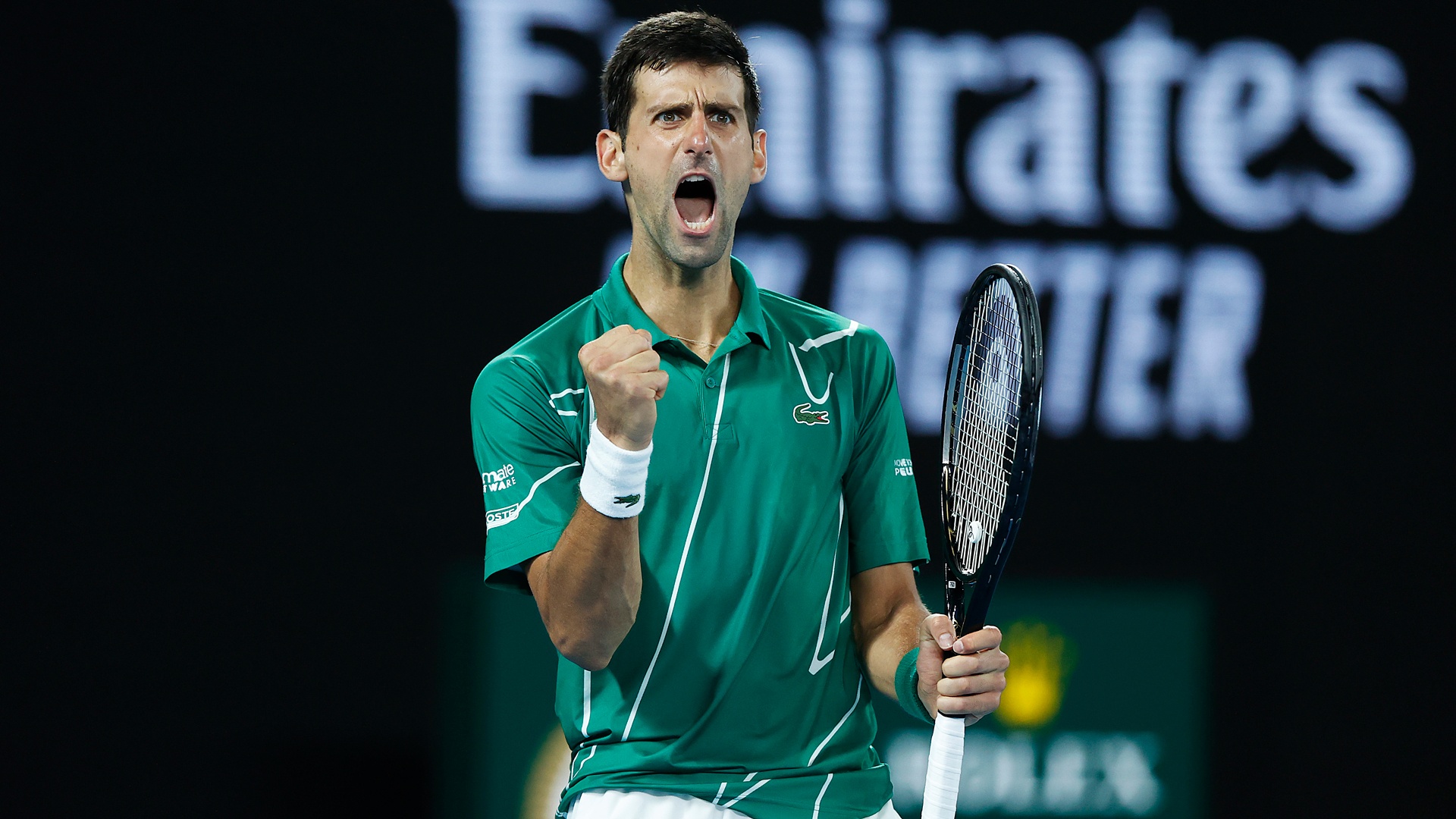 The Serbian required an impressive comeback against Thiem, continuing his dominance in Melbourne courtesy of an enthralling 6-4 4-6 2-6 6-3 6-4 victory after three hours, 59 minutes on Rod Laver Arena.

Djokovic has claimed the title every time he has reached the semi-finals of the Australian Open, and he maintained that record while closing in on Roger Federer (20) and Rafael Nadal (19) for most majors won by a man.

The 32-year-old also joined that duo as the only men to win a single major eight times, with Nadal (12 French Open crowns) and Federer (eight at Wimbledon) having also achieved that feat.

Djokovic had been frustrated, particularly after receiving two time violations in a matter of points in the second set and he also called for the trainer in the third, but he found the right answers against an opponent who had beaten him in four of their previous five meetings.

Thiem fell short of a maiden grand slam title, losing a third major final but first away from Roland Garros, as the Austrian 26-year-old faltered late.

The duo exchanged breaks to start, but it was Thiem enduring the greater struggles on serve.

While he battled hard – saving one set point with his aggression in the 10th game – a double fault handed Djokovic the opener.

Needing a response, Thiem found a break to lead 2-1 in the second set, aided by a pair of double faults from a frustrated Djokovic.

Thiem saved a break point in the sixth game, but gave up his advantage in the eighth, when he pulled the trigger on a backhand down the line too early with a shot that was becoming a problem rather than a weapon.

But Thiem broke again in the next game, during which Djokovic received two time violations, served a double fault and committed two sloppy errors before directing words at the chair umpire at the change of ends, none of which distracted his opponent from closing out the set.

Thiem had started to assume control from the baseline, and he took the Djokovic serve in the opening game of the third after the Serbian pushed a backhand down the line wide before incredibly falling 4-0 behind.

Djokovic called the trainer at 4-1 down but there was no denying Thiem, who served out the set while showing some nerves before his opponent left the court.

One set away from a first Grand Slam title.

“Nole! Nole! Nole!” chants rang out early in the fourth set among what was largely a pro-Thiem crowd inside Rod Laver Arena and Djokovic responded, capitalising on a sloppy game from the fifth seed to break for 5-3 before forcing a decider.

Thiem missed two forehands to give up a break to Djokovic in the third game of the fifth set before wasting two break points in the fourth.

He managed a gritty hold to stay in the match in the seventh game but was unable to deny Djokovic, who had no trouble serving it out to take the trophy and return to world number one.

The king has returned