Second seed Novak Djokovic reflected on his 6-3 6-4 6-4 win over 14th seed Diego Schwartzman in the last 16 at Melbourne Park. 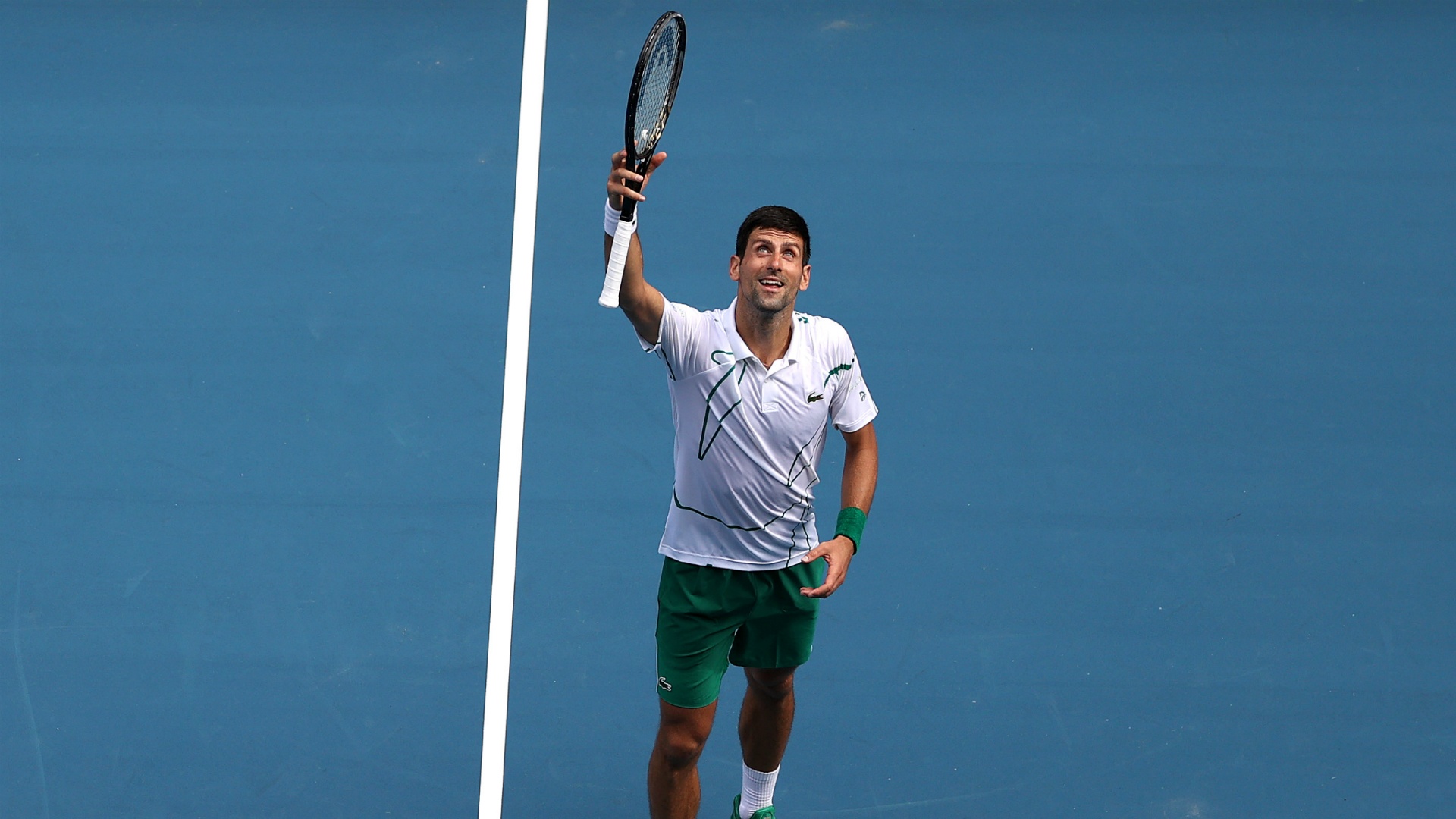 Novak Djokovic said he is growing in confidence after the Australian Open champion dominated en route to the quarter-finals on Sunday.

Djokovic is bidding to win a record-extending eighth Norman Brooks Challenge Cup in Melbourne and the 16-time grand slam champion remains on track to add to his collection following a 6-3 6-4 6-4 victory over 14th seed Diego Schwartzman.

After hitting 38 winners in just over two hours on Rod Laver Arena, Djokovic told reporters:  “It feels great. I had a fantastic couple of matches in a row, centre court, last two rounds. I felt more confident going through the ball, hitting serves really well.

“Today was a good test because Diego was in form, he hasn’t dropped a set in three rounds. Obviously he can be a very dangerous opponent from the baseline if you give him time. I knew that. I stepped out on the court with a clear game plan what I need to do.

“I think I kept things pretty much in control in all three sets. Maybe could have finished the match a bit earlier. But it was a very solid performance.”

Surely, there’s only one answer to this @DjokerNole still working on convincing son Stefan that dad is his favourite tennis player #AO2020 | #AusOpen pic.twitter.com/MgYDknAKfm

Next up for Djokovic is 32nd seed and former world number three Milos Raonic, who beat Marin Cilic in three sets on Sunday.

Djokovic has dominated Raonic, boasting a flawless 9-0 head-to-head record, which includes a quarter-final victory at the 2015 Australian Open.

Asked to compare Raonic with fellow big servers John Isner and Karlovic, Djokovic replied: “I feel like Raonic moves better than Isner and Karlovic. I mean, he’s not as tall as these two guys. They’re 6’10” or something, two metres 10. They’re the tallest players to ever play tennis.

“Obviously it’s a huge advantage when you hit serves from that height. You can hit any angle, anything you really want. That puts a lot of pressure on your opponent. But that also has some disadvantages in terms of movement. If the returner gets the ball back in play, then I think Raonic is better than these two guys.

“But I feel like maybe you could read his serve better than Isner and Karlovic. I don’t want to say it’s slightly slower, but just a little bit of a different toss, different technique. You can probably get some looks at second serves or breakpoints and stuff like this maybe a bit more than the other two guys. It’s such a minor difference that you don’t really notice it so much. But on the court it makes a big difference.”