Australian Open 2020: Djokovic to ‘enjoy every moment’ after win, Shapovalov crashes out

Denis Shapovalov and Borna Coric are out of the Australian Open, while Novak Djokovic needed four sets to get past Jan-Lennard Struff. 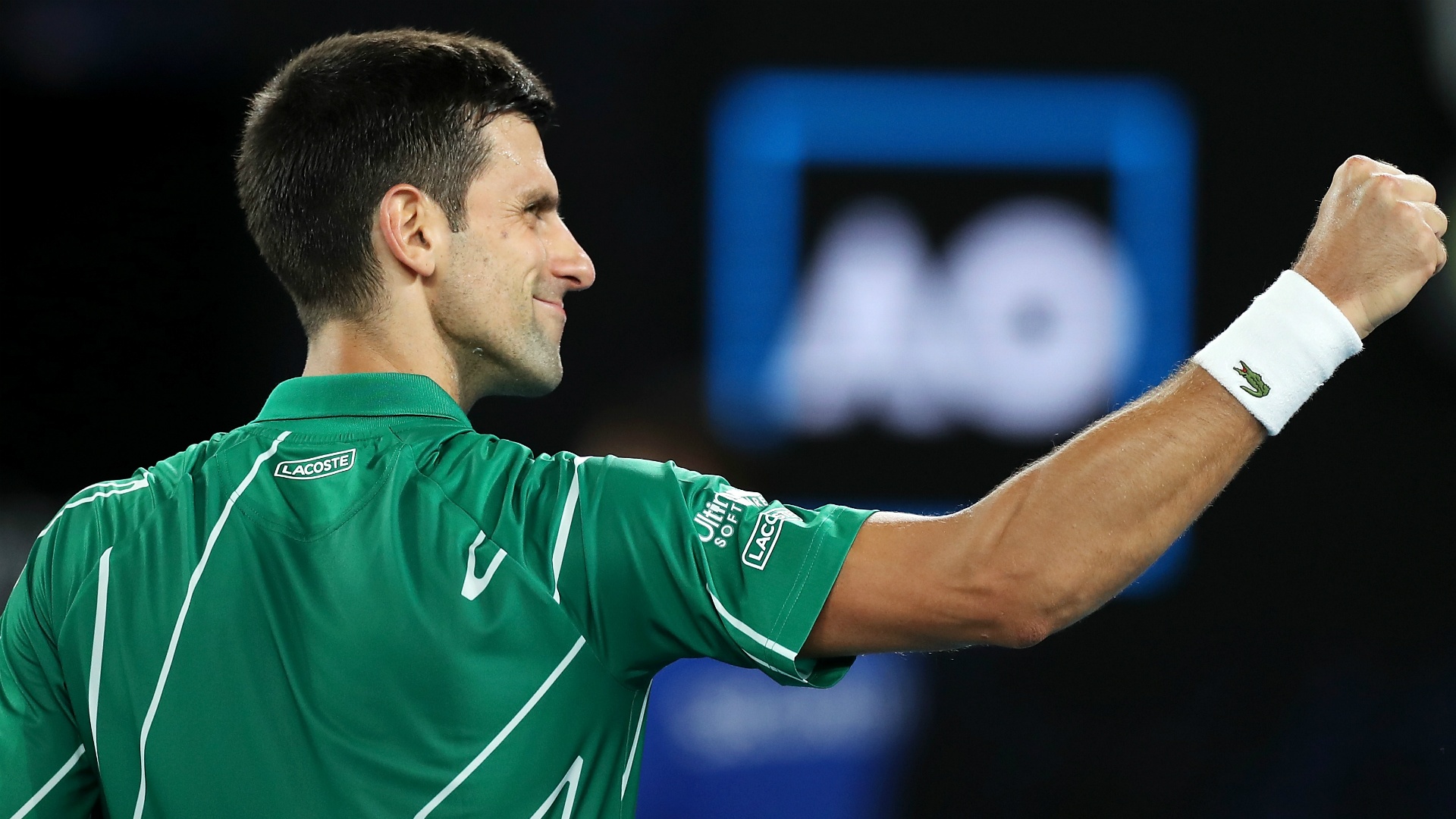 Novak Djokovic vowed to “enjoy every moment” after reaching the second round of the Australian Open on an opening day that saw seeds Denis Shapovalov and Borna Coric crash out.

Djokovic started the defence of his title with a battling 7-6 (7-5) 6-2 2-6 6-1 victory over Jan-Lennard Struff at Melbourne Park on Monday.

Losing his serve three times while dropping the third set and having to edge a close tie-break in the opener meant Djokovic spent longer than he would have hoped on court, but he relished the two-hour-and-16-minute encounter.

Asked about winning his 900th Tour-level match, the second seed said: “I’m obviously very proud of all the achievements, but at the same time I try to remind myself how grateful I am to be playing this sport at a high level at this stage of my career.

“I can’t take things for granted, I’m trying to enjoy every moment. It’s a New Year resolution, to enjoy more. It’s easier said than done when you’re on the court.

“Especially in my position, I’m expected to win all my matches, there’s a lot of pressure and emotions involved. But I try to really enjoy it, the two and half hours spent on court were a lot of fun.”

Shapovalov lost his temper with the umpire when he was giving a code violation for racket abuse despite it not being damaged.

“I think that’s a terrible call from the [umpire],” Shapovalov said. “The rule [according to] what I know is that if I break my racket, yeah you can code me, but you can’t code me for slamming it.

“I’m not doing anything and it didn’t impact anyone and the racket was still intact. He gave me a warning because I did it two or three times and I think that’s not the way it works.”

FEDERER AND TSITSIPAS COAST THROUGH

Roger Federer progressed in comfortable fashion, the third seed seeing off Steve Johnson 6-3 6-2 6-2 in only 81 minutes.

Johnson only forced one break-point opportunity in the match against the 20-time grand slam and did not convert it.

Sixth seed Stefanos Tsitsipas, the ATP Finals champion and a semi-finalist in Melbourne last year, got off to a smooth start, defeating Salvatore Caruso 6-0 6-2 6-3.

The Margaret Court Arena crowd are on their feet for @StefTsitsipas

He’ll next face the winner of Kohlschreiber-Giron who are currently battling on Melbourne Arena.#AO2020 | #AusOpen pic.twitter.com/5AnxE09exl

Inclement weather left a host of Monday’s other first-round matches incomplete, with Reilly Opelka closing in on an upset against Fabio Fognini when play was suspended at 6-3 7-6 (7-3) 1-0.

Rising star Jannik Sinner has a 2-0 lead over Max Purcell with the third set level at 4-4, while Roberto Bautista Agut was a set up against Feliciano Lopez.

Milos Raonic is one game away from a first-round win, his match against Lorenzo Giustino all-but over with the Canadian 6-2 6-1 5-2 to the good.