Home » News » Australian Open 2020: Djokovic was ‘on the brink of losing’ to Thiem as he dealt with dehydration

Australian Open 2020: Djokovic was ‘on the brink of losing’ to Thiem as he dealt with dehydration 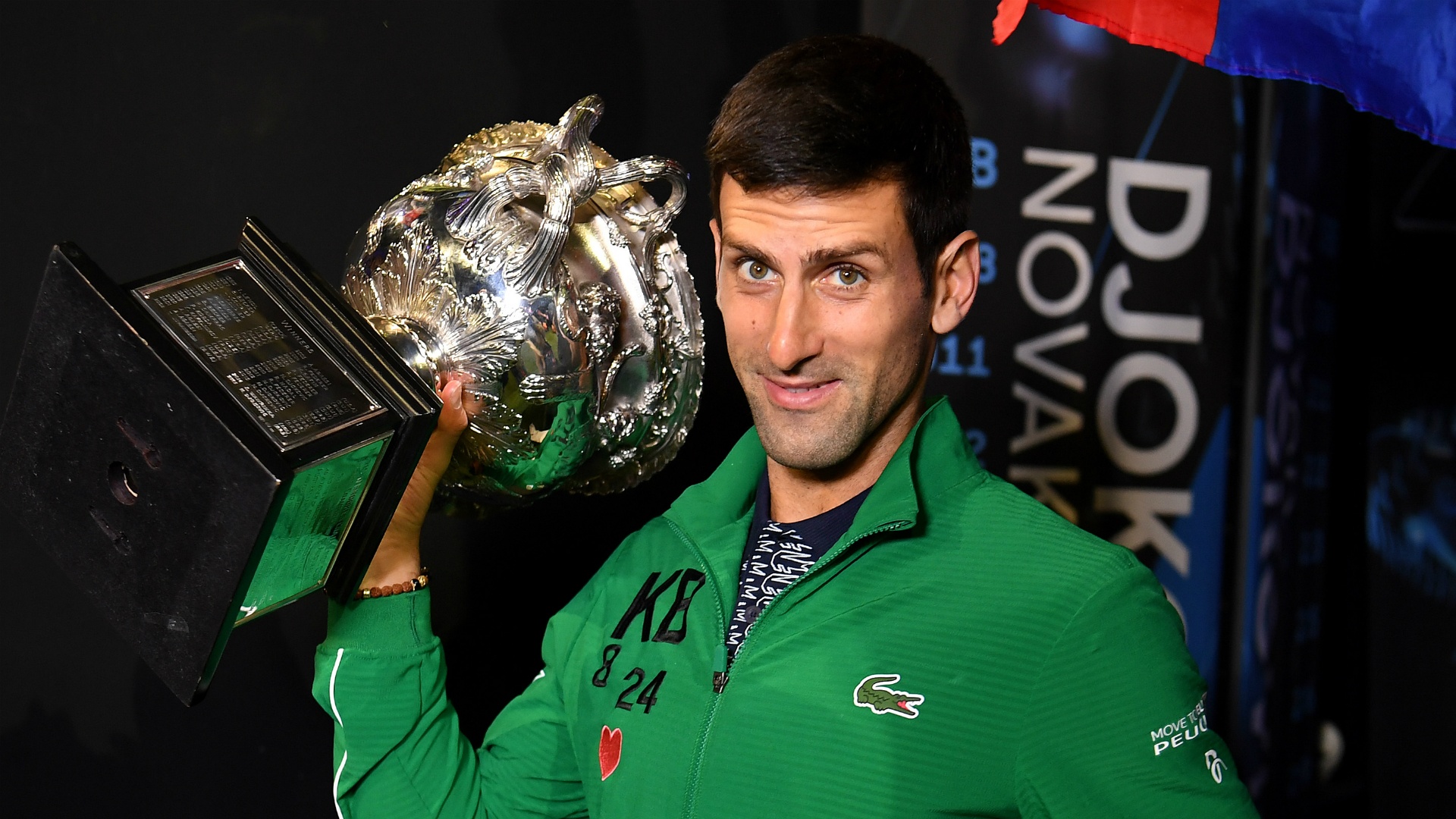 Novak Djokovic felt he was “on the brink of losing” the Australian Open final against Dominic Thiem as he dealt with dehydration.

Djokovic was visited by the trainer during the third set on Sunday before responding to win 6-4 4-6 2-6 6-3 6-4 after almost four hours on Rod Laver Arena.

The Serbian great moved onto 17 grand slam titles, extending his record to eight at the Australian Open while reclaiming the world number one ranking.

But the 32-year-old said he was close to defeat as he struggled with his health during the final.

“Turbulent, I would say,” he said, describing his win.

“It started off really well. I broke his serve right away. I felt the experience on my side playing many Australian Open finals, for him it was his first. It was very important for me to break his serve early in the match, which happened.

“After I lost the second set, I started to feel really bad on the court. My energy dropped significantly.

“To be honest, I don’t still understand the reason why that has happened because I’ve been doing the things that I’ve been doing before all of my matches. I was hydrated well and everything. Apparently the doctor said I wasn’t hydrated enough.

“I was on the brink of losing the match. Dominic is a fantastic tennis player that plays with tremendous amount of power in his shots, especially from the forehand side. He uses his slice really well. He disrupted my rhythm in my game at one point. He was a better player. Probably one point and one shot separated us. It could have gone a different way.

“I served and volleyed when I was facing a break point in the fourth and in the fifth. It worked both of the times.

“It could have also been different. Serve and volley is not something I’m accustomed to. I’m not really doing that that often. I kind of recognised that as an important tactic in those circumstances, and I’m really happy it worked.”

Leading 2-1 in sets, Thiem squandered a break point early in the fourth set before Djokovic regained his energy.

Djokovic said he was battling at the end of the third set and his struggles had come as a surprise.

“I definitely did not feel good. I didn’t know what the next moment brings. I was trying to keep myself alive mentally as well and emotionally because it was disappointing in a way from my side to actually feel this way,” he said.

“But it’s something that you have to accept that you’re going through, those kinds of circumstances really kind of force me to let things go and to really try to be in the moment and fight my way back.”