Australian Open 2020: Empty Thiem has no regrets after losing final to Djokovic

Despite again falling short in a major final, Dominic Thiem held his head high after losing to Novak Djokovic in Melbourne. 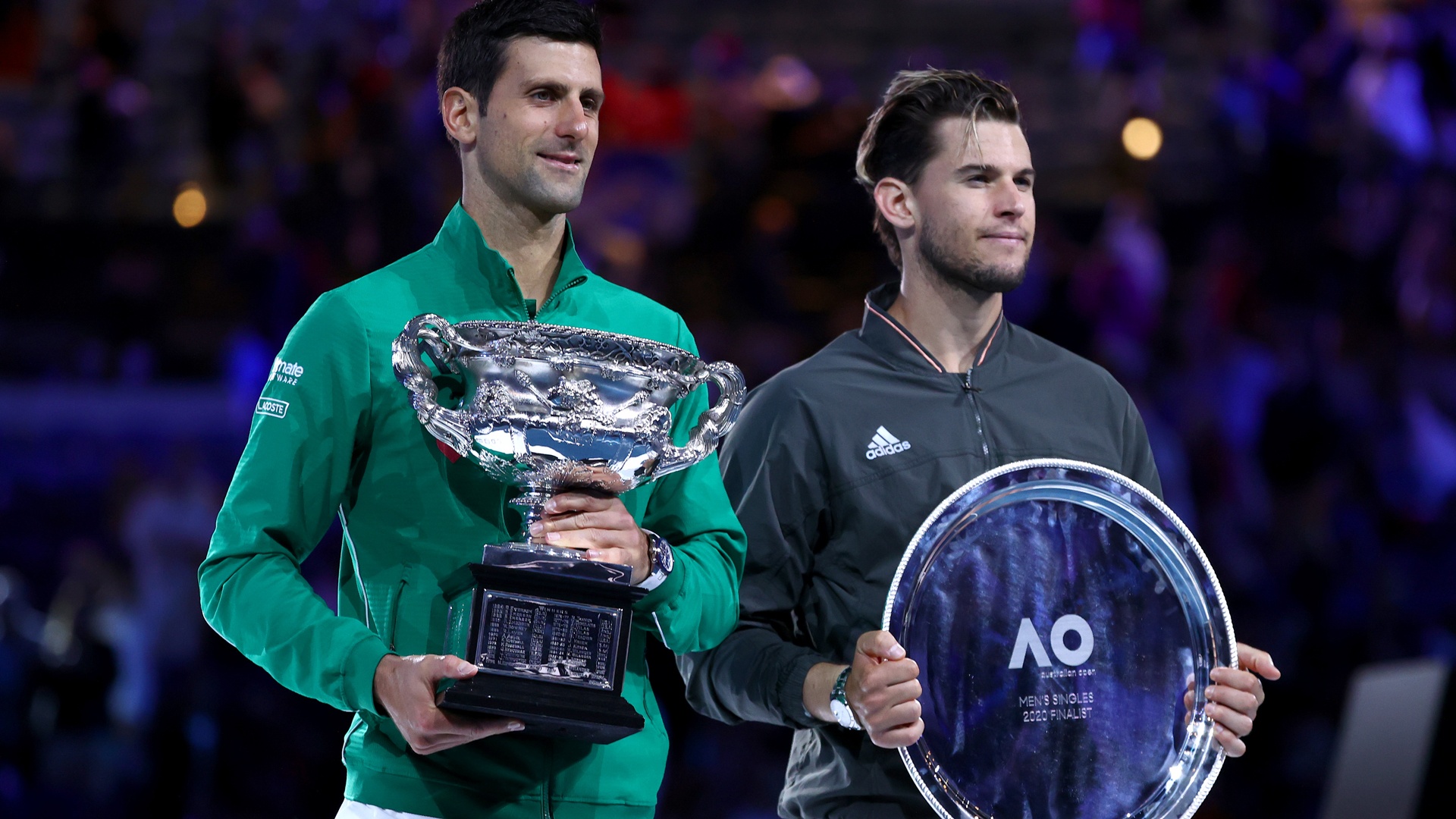 Dominic Thiem had no regrets as he was left feeling “emptiness” after his thrilling Australian Open final loss to Novak Djokovic.

Playing his third major final, the 26-year-old Austrian had his chances, squandering a break point in the fourth set and opportunities to get back on serve in the fifth.

But Thiem insisted he had no regrets after his loss to Djokovic, who claimed a record-extending eighth Australian Open title.

“I think there’s not much to change. Also, in the last two sets, I definitely gave everything I had,” he said.

“Novak is part of three guys who are by far the best players ever who played tennis. If you play a grand slam final against him, it’s always going to be a match where very small details are decisive.

“What happened, I mean, if I could say anything, I would just say that maybe I could have converted the break point in the fourth set where I could have the lead 2-1. Then I think he had some issues in the second set. He recovered very well.

“He played really good after in set three and four. Of course, there were some small mistakes here and there, but they’re happening. At the end was a super close five-setter. I don’t really regret anything.”

A final for the ages #AO2020 | #AusOpen pic.twitter.com/rICxOSKDxp

Thiem produced a memorable run in Melbourne, including wins over Rafael Nadal and Alexander Zverev in the quarter-finals and semis respectively.

The two-time French Open runner-up was exhausted, but said he would return hungry to win a first grand slam crown.

“Of course, I just feel a lot of emptiness right now. But, yeah, that’s it. I know the feeling. I did after the last two in Paris.

“But, also already now I feel little bit of motivation to come back for the next grand slam. Well, if I have a little break, it’s going to be bigger.”