Russian-American Sofia Kenin could look to two of the biggest names in women’s tennis for inspiration as she arrived on the big stage. 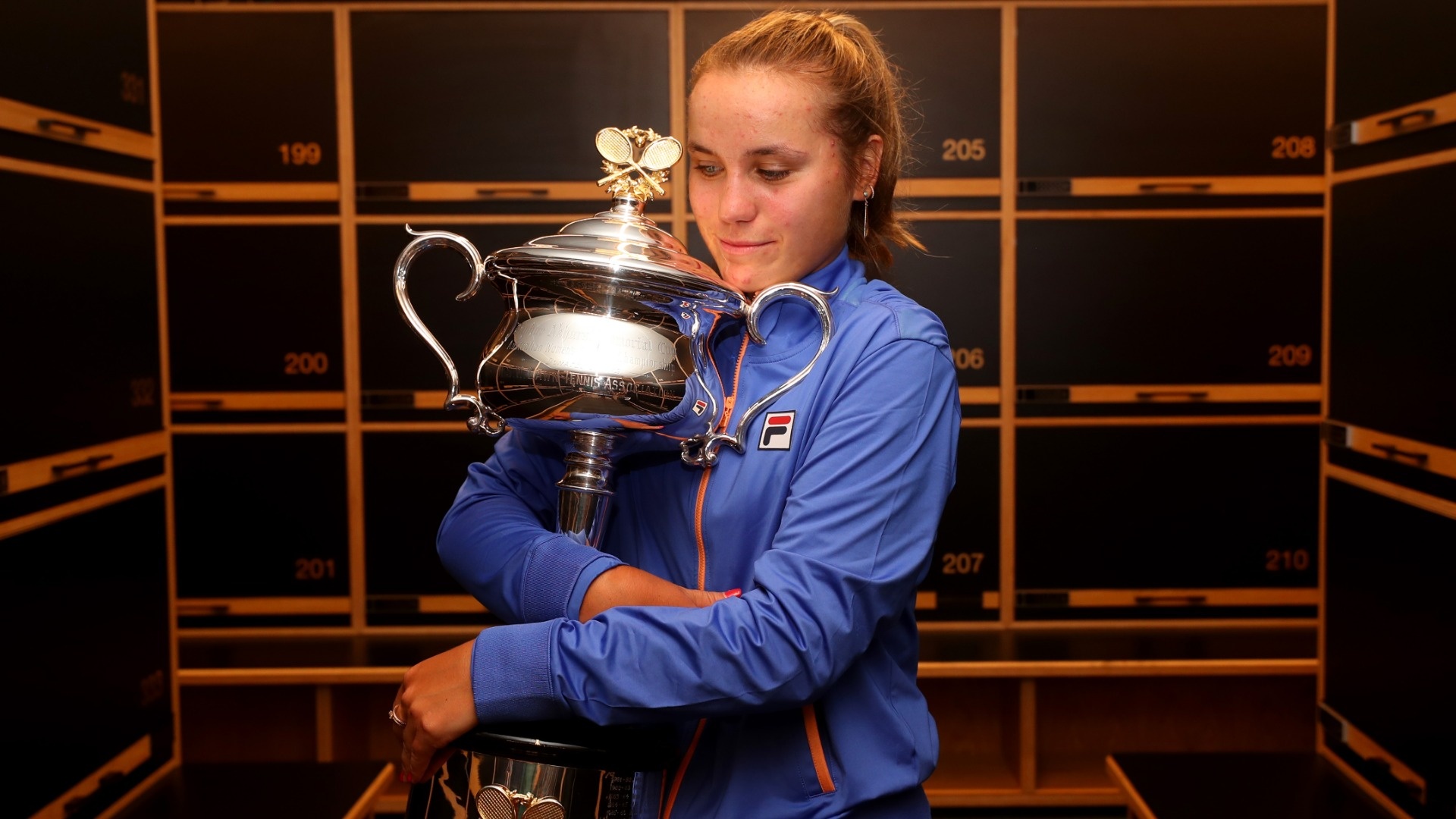 Kenin, who moved to the United States when she was a child, claimed her first grand slam title on Saturday, fighting back to beat Garbine Muguruza 4-6 6-2 6-2 in the final at Melbourne Park.

The 21-year-old was to leapfrog 23-time major champion Williams to reach number seven in the WTA rankings following her triumph, becoming the top-ranked American player.

Kenin will now join her role model on the USA team for an upcoming Fed Cup qualifier, but she was also keen to highlight her Russian roots and the “feisty” approach she learned from Sharapova, a five-time grand slam winner.

“I definitely think [my Russian heritage] helped me,” Kenin told a news conference. “I’ve looked up to Maria Sharapova, Anna Kournikova. I followed their matches when I was little.

“I feel like I got the feisty [approach]. I saw what it’s like. She won a grand slam at 17, Maria, which I remember watching on TV. Yeah, I feel like that definitely helped me.

“I have part of Russian stuff inside me, the fight that I have, trying just to be confident, do what I do best.

“And thank you to my parents for giving me the American dream. [Being the American number one] is exciting. I’m so happy. I was told if I would win, I’d be number seven [in the world].

“It’s such an honour. I love representing the US. I just love it. It’s like an honour.

“Everything is coming into place, a dream come true. Everything I’ve done, all the hard work I’ve been doing is paying off.

“It hasn’t sunk in yet. Everything is just still a blur for me. I just can’t believe what happened. Yeah, it’s just great. I feel like I’m doing some great things for American tennis.

“It’s such an honour. I’ve watched Serena. I’ve been following her, all the slams she’s been winning. It’s a special feeling just to be ahead of her.

“I’m just super excited. I can’t wait to compete, be on the same team with her in the Fed Cup.”

As well as dropping the first set to Muguruza, Kenin recovered from a love-40 deficit on her serve at 2-2 in the decider.

“I’m so proud. Obviously not many people can do that,” she said. “I feel like mental toughness has been a huge part. I’ve worked on that over the course of the years. It’s just paying off.

“I knew I had to take my chance. I had to be brave by playing a two-time grand slam champion. All respect to her. She played a really tough match. Every point was such a battle.”

Kenin is the 11th different champion in the 13 grand slams since the start of 2017, yet she was hoping to enjoy a period of dominance going forward.

“I would love to. That would be amazing,” she said. “Right now, I mean, I still can’t believe what just happened. I need to somehow come down and just let it all sink in.

“Hopefully, I can just keep going, build on everything that I’ve done these past two weeks, just move forward.”