Kenin proves dreams are achievable as a new star is born

Australian Open champion Sofia Kenin is proof that dreams can come true as a new star sparkles on the WTA Tour. 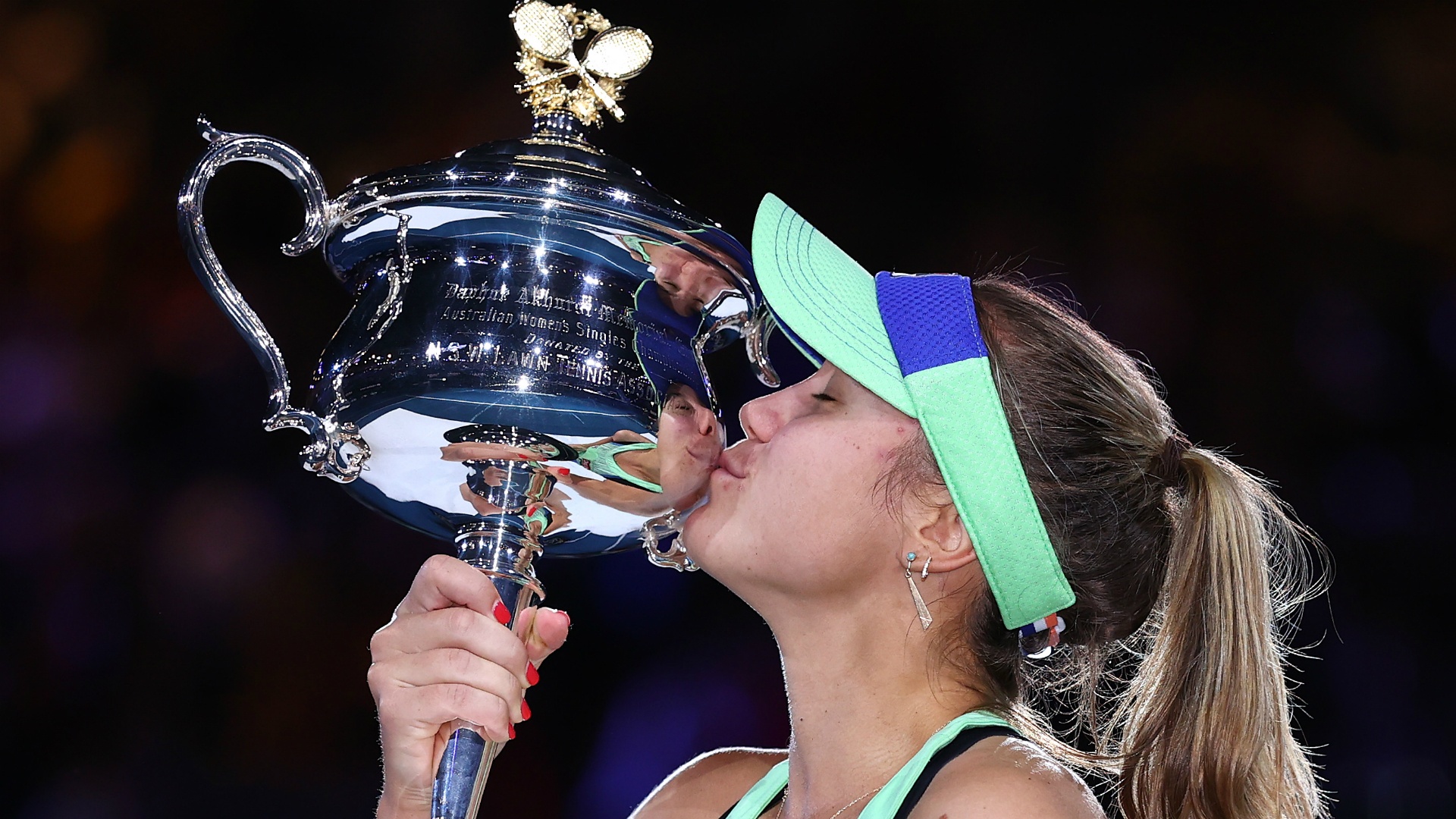 “I want to be a champion, I want to be number one in the world,” a seven-year-old Sofia Kenin told journalist David Kozlowski 14 years ago.

Kenin has taken Melbourne by storm over the past fortnight, stunning the tennis world by claiming a maiden grand slam title.

The 21-year-old stormed past Garbine Muguruza 4-6 6-2 6-2 to win the Australian Open women’s final on Saturday.

But her first major success should not come as a surprise – the American sensation has always dreamed big.

Aside from her comments to Kozlowski, a video of a baby-faced Kenin speaking about idol Andy Roddick had also been doing the rounds leading into her big dance against Muguruza.

Born in Russia before relocating to the United States with her family, a young Kenin confidently boasted to Tennis TV about her skill and ability to go toe-to-toe with Roddick, who retweeted the throwback video.

Omg this video is so funny Thanks @TennisChannel for posting this video of me:) Do you guys like? pic.twitter.com/xmPWyVdlHN

Kenin – now located in Florida – has maintained that confidence at Melbourne Park.

After upstaging world number one and French Open champion Ash Barty in the semi-finals, having vanquished 15-year-old compatriot Coco Gauff in the fourth round, Kenin followed that tone.

“I always believed I can. Of course, I didn’t have a book. I didn’t know exactly when. I feel like at this young age, I think it’s incredible,” Kenin told reporters after booking her spot in a slam final for the first time.

“Not everyone gets to live this moment, live this dream. I’m just really grateful for it. I’ve worked so hard. I’ve put all the efforts into my practices, into my fitness. All the efforts I’ve been doing, it’s got me here. It’s just paying off and it’s like a dream come true for me.”

A product of immigrant parents, Kenin’s game reflects that – tenacious, gritty and passionate. Fighting for every point, with her father watching proudly from her players’ box.

Those qualities were on show against two-time major winner Muguruza, eyeing a first slam trophy since 2017, having saved two set points in each of the first and second sets in the win over Barty.

Down love-40 in the fifth game of the third set, 14th seed Kenin reeled off five successive points by hitting four groundstroke winners and an ace. That deflated Muguruza, who went on to crumble to hand her young opponent the championship following a double-fault.

Kenin is the youngest American slam champion since Serena Williams at the 2002 US Open.

She is also proof that dreams can come true as a new star sparkles on the WTA Tour.