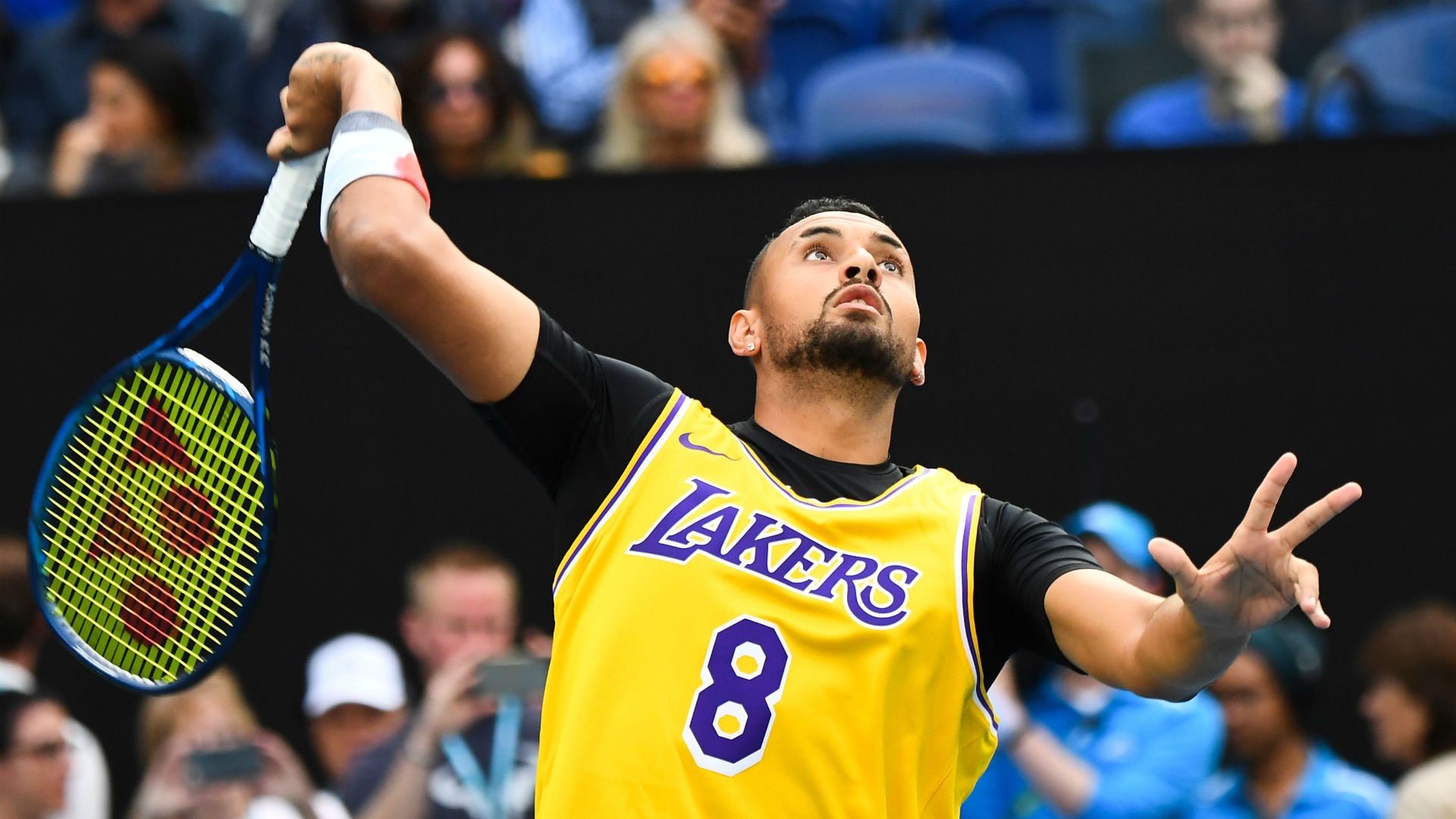 Nick Kyrgios mourned the loss of Kobe Bryant but said the NBA legend’s achievements were an inspiration to him during his Australian Open clash with Rafael Nadal.

Home hope Kyrgios walked onto the court wearing a Los Angeles Lakers jersey adorned with the number eight Bryant made famous at the start of his two-decade career with the franchise.

Bryant, 41, and his 13-year-old daughter Gianna died in a helicopter crash in Calabasas, California on Sunday.

“I never met Kobe but basketball is practically my life. I watch it every day. I’ve been following it for as long as I can remember,” said Kyrgios.

“When I woke up to the news, it was pretty emotional. It was pretty heavy, like, all day. Obviously I was having basketball on at my house, watching the games. It was heavy. It’s just tough. It’s horrible news.

“If you look at the things he stood for, what he wanted to be remembered by, I felt like, if anything, it helped me tonight. When I was down a break in the fourth, I was definitely thinking about it. I fought back.”

Kyrgios is a fan of the Boston Celtics, a side who were often on the receiving end of Bryant’s brilliance, but the 24-year-old had long admired the five-time NBA champion’s skill and dedication to his craft.

“I’m a Celtic fan. When I saw Kobe do what he does, break the hearts of so many Celtics fans, it was tough to see,” he said.

“I don’t think they make them like him anymore. He was different, the way he trained, the way he did things, the way he played. He was special.”