Despite taking a medical time-out with a hamstring injury in the first set, Nick Kyrgios beat Karen Khachanov in five to face Rafael Nadal. 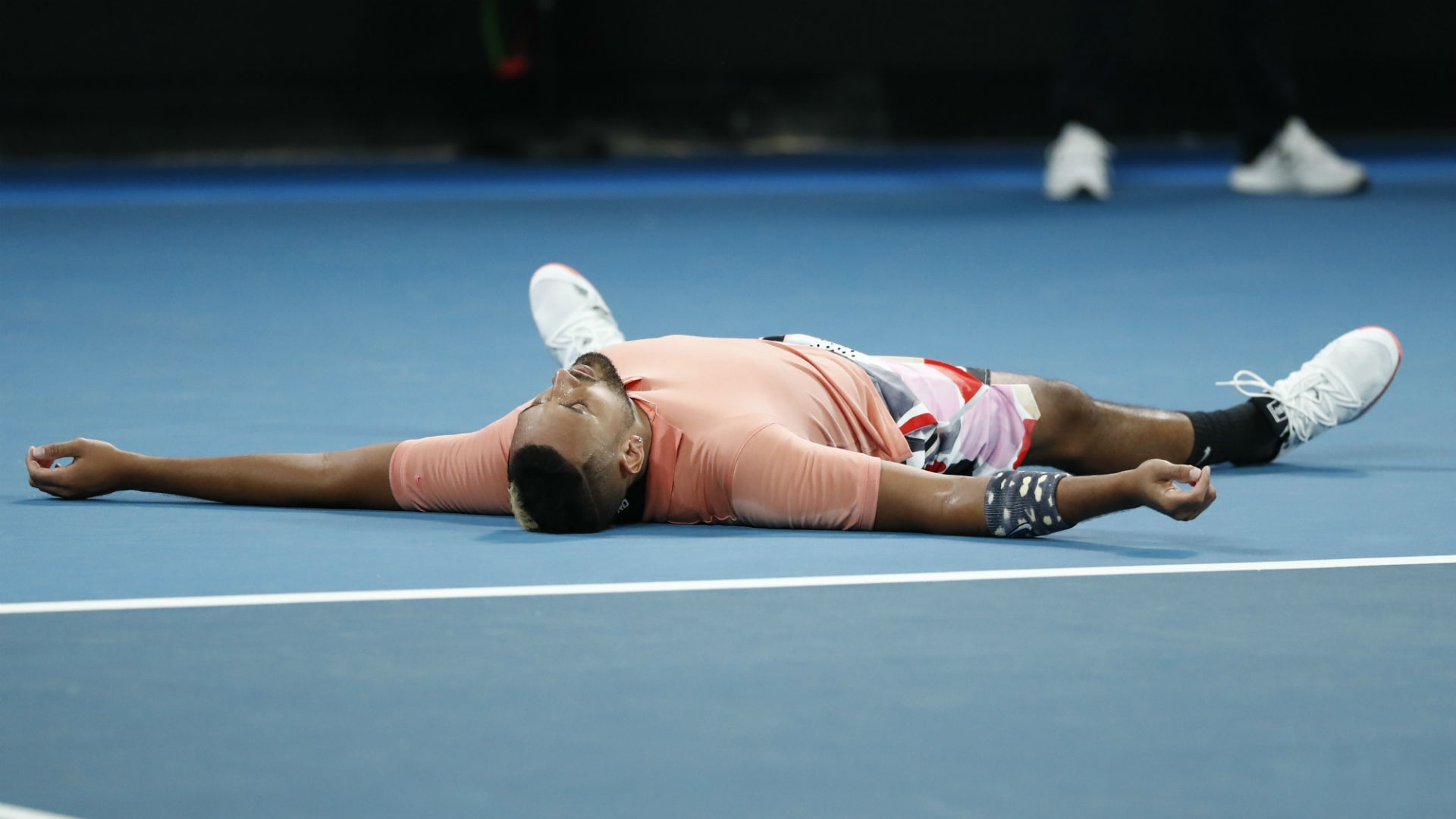 Nick Kyrgios emerged triumphant in a dramatic five-set clash with Karen Khachanov despite struggling with a hamstring injury, booking a highly anticipated meeting with Rafael Nadal in the fourth round of the Australian Open.

The Swiss advanced after John Isner retired while 6-4 4-1 down, with Dominic Thiem, Alexander Zverev and Gael Monfils joining him in round round four.

Kyrgios started confidently against Khachanov and, despite taking a medical time-out at 5-2 up in the first set, managed to edge a second-set tie-break while continuing to grip at the back of his leg.

However, he was unable to repeat the trick at the second time of asking and became increasingly frustrated as the Russian wrested control of the match away from him.

Kyrgios appeared to be struggling for motivation at points and became increasingly vocal, but he hung in to take the victory to the delight of his fervent supporters.

The Australian has a strained relationship with Nadal, who he described as “salty” after their meeting at last year’s Mexican Open and impersonated after being called for a time violation while serving against Gilles Simon in round two.

Asked about going up against the 19-time major champion in his on-court interview, Kyrgios said: “Whatever happened between us he’s an amazing player. I’m not even thinking about that right now, I’m thinking about my legs and getting them in an ice bath and getting some food.”

Nadal was at his imperious best against Carreno Busta, winning 87 per cent and 78 per cent of points behind his first and second serve respectively, while also smashing 41 winners – twice as many as his opponent.

“It was my best match of the tournament so far, without a doubt. Big difference between today and the previous days. I have been serving well, starting to create damage with the forehand,” said Nadal.

“Every day is a different story. But, of course, it’s important to make steps forward. It’s clear that today I made an important one.”

Asked if he likes Kyrgios, Nadal said: “I don’t know. I don’t know him personally, honestly, to have a clear opinion.”

Rublev started 2020 with titles at the Qatar Open and Brisbane International and has continued his fine form at Melbourne Park.

Rublev had wobbles after taking big leads in both tie-breaks, but Goffin made 27 unforced errors in the last two sets to help the Russian progress to a meeting with Zverev.

Seventh seed Zverev is yet to drop a set at Melbourne Park after overcoming Fernando Verdasco 6-2 6-2 6-4.