Rafael Nadal felt the heat in Melbourne as Dominic Thiem beat the world number one for the first time at a grand slam. 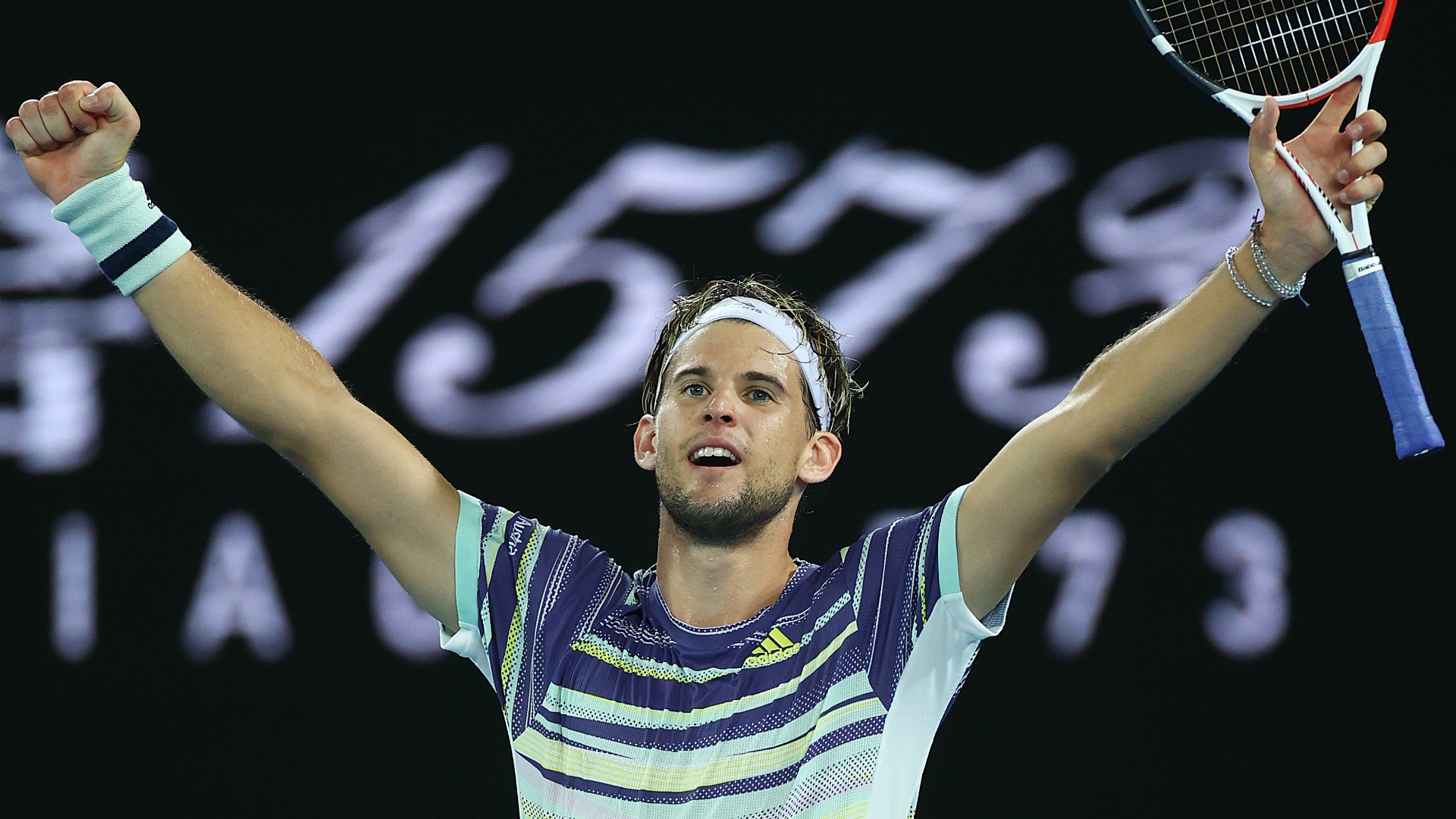 Dominic Thiem produced a magnificent display to avoid more major misery at the hands of Rafael Nadal and reach his first Australian Open semi-final at the expense of the world number one.

Thiem had never reached the quarter-finals at Melbourne Park before this week, but will face Alexander Zverev in the last four after coming through a huge, tense battle on a warm Wednesday evening.

Top seed Nadal had disagreements with chair umpire Aurelie Tourte as his hopes of winning a 20th grand slam title were ended in a pulsating contest.

Thiem was beaten by the great Nadal in a 2018 US Open quarter-final five-set thriller, but he was not to be denied on this occasion after coming from a break down in each of the first two sets.

Nadal saved two match points in a third tie-break after Thiem was unable to serve out the match when leading 5-4 in the fourth set.

But Thiem finally reached his first major semi-final outside Roland Garros, having struck 65 winners in a fearless performance.

Favourite Nadal started with a rasping forehand winner and drew first blood to lead 5-3, breaking to love with an exquisite lob after fending off the first break point in the fifth game.

Thiem was undeterred, breaking straight back with a rasping return after saving a set point and fizzing a venomous forehand beyond the Spaniard to win a tie-break that he trailed 2-0.

A double-fault gifted Nadal a 3-2 lead in the second, but the 2009 champion coughed up a double-fault of his own to squander the initiative and was unimpressed with Tourte when given a time violation after failing to beat the serve clock following a long point.

Nadal also had a word with a tournament referee as he felt the heat and Thiem was just a set away from victory after he had a slice of fortune with the net cord following a poor drop shot from his opponent in the breaker.

Thiem continued to mix magnificent defence with aggressive attacking groundstrokes as his serve continued to fire, but he was unable to prevent Nadal from claiming the only break of the third set in game 10 to prolong the battle.

The fifth seed showed great character to save three break points in his first service game of the fourth set and Nadal was furious when he skewed a forehand long to go a break down at 2-1.

Nadal had another disagreement with Tourte as Thiem maintained the tempo, but nerves appeared to set in as he made three unforced errors and threw in a double fault when serving for the match and was pegged back to 5-5.

Thiem took that setback on the chin and led 5-2 in the breaker after picking himself off the floor to somehow win a point with stunning athleticism.

And although he saw a couple of match points come and go, the 26-year-old finally put Nadal away from 6-6 in the tie-break after another searing backhand clipped the net cord before the Spaniard found the net in what proved to be the final point.