Martina Navratilova and John McEnroe took their protests against Margaret Court to a new level, but the Australian Open were not impressed. 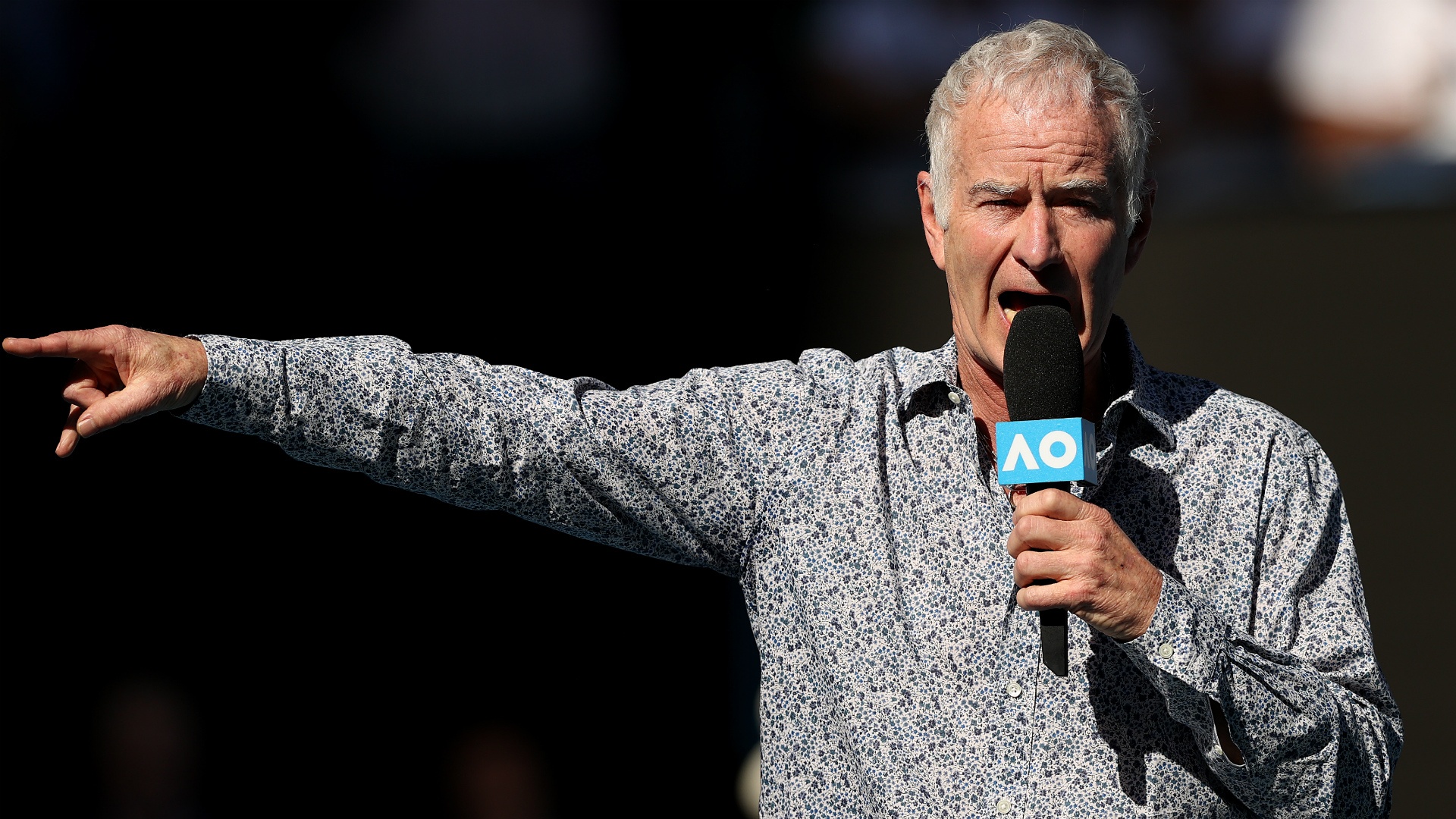 Australian Open organisers have hit back at tennis greats Martina Navratilova and John McEnroe, saying they “breached protocols” in their protest against the controversial Margaret Court.

Navratilova and McEnroe have called for the Margaret Court Arena at Melbourne Park to be renamed the Evonne Goolagong Arena after the indigenous Australian tennis icon.

With McEnroe present on Tuesday, Navratilova climbed into an empty umpire’s chair at the end of a legends doubles match and embarked on a speech, before the microphone was cut off midway through.

The pair then held up a banner which read ‘Evonne Goolagong Arena’.

These events come a day after Navratilova had written a letter calling for the Margaret Court Arena to be renamed while, McEnroe, in an address to Eurosport, labelled Court the “crazy aunt” of tennis and branded her “offensive and homophobic”.

He urged Serena Williams to pass Court’s total of 24 grand slam titles so the Australian could be left in the past with “her offensive views, where they both belong.”

While in the umpire’s chair, Navratilova said: “I’ve been speaking out about an issue for a while now and John McEnroe is here to join me and push the conversation forward.”

John McEnroe aka the Comissioner of Tennis is back and he’s got a request for @SerenaWilliams pic.twitter.com/3TeKa8JS2B

But the Australian Open, while acknowledging Navratilova and McEnroe were entitled to express their views, were not impressed with the methods used to further the cause in Tuesday’s protest.

“We embrace diversity, inclusion and the right for people to have a view, as well as their right to voice that view,” read the tournament’s statement.

“But the Australian Open has regulations and protocols with respect to how any fan, player or guest can use our facility, the event and the global stage it provides. This is to ensure the integrity of our event.

“Two high-profile guests have breached these protocols and we are working through this with them.”

Court was not given the microphone during a reduced appearance in a special ceremony at the Australian Open on Monday, where the 50th anniversary of her achieving the calendar Grand Slam was recognised.