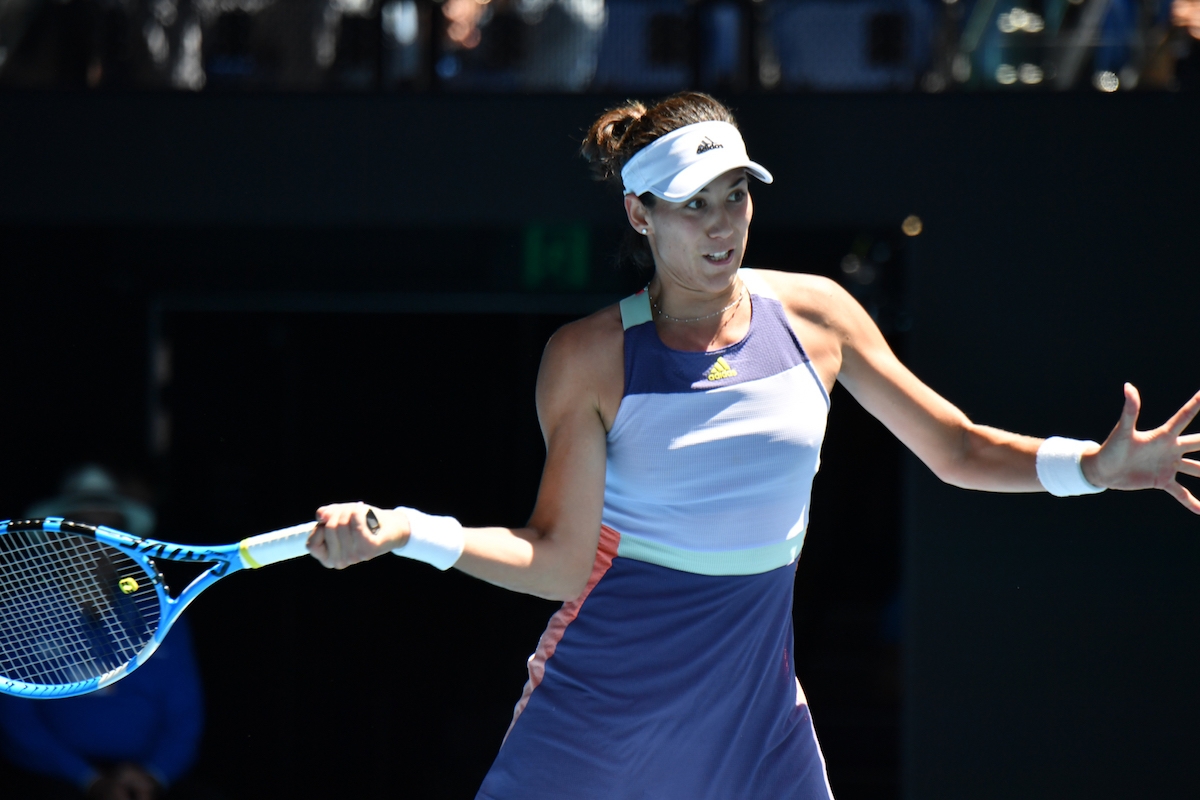 Garbine Muguruza advanced to her first Australian Open final after the former world number one outlasted 2018 runner-up Simona Halep in Melbourne on Thursday.

After struggling following her 2017 Wimbledon triumph, Spanish star Muguruza has looked like a player reborn since reuniting with former coach Conchita Martinez.

Muguruza – who split from Martinez two years ago – continued her fine form after upstaging fourth seed Halep 7-6 (10-8) 7-5 in oppressive heat at Melbourne Park.

Unseeded for the first time at a slam since the 2014 French Open, two-time major champion Muguruza will meet 14th seed Sofia Kenin in Saturday’s final.

With the Rod Laver Arena roof open, despite the scorching conditions as the heat stress scale sat just below the required five to trigger a suspension of play and roof closure, Muguruza and Halep slogged it out from the baseline.

Muguruza clinched the first break in the seventh game and had the chance to serve out the set at 5-4, but Halep reeled off three straight games to force a tie-break.

The tie-break was a rollercoaster as Muguruza went from leading 3-0 to trailing 4-3, while the pair both had set points before the former won a 20-shot rally to eventually close it out.

It was the first time Halep, who was hospitalised due to dehydration following a gruelling showdown against Caroline Wozniacki in the 2018 Australian Open final as tournament organisers were criticised for not closing the roof in hot weather, had dropped a set at this year’s event.

Clearly frustrated after losing the set, Halep regrouped and broke Muguruza to take a 2-1 lead, only to hand it straight back as the pair exchanged three consecutive breaks.

Halep had the chance to level the match at 5-4, but just like Muguruza in the first set, failed to do so as the latter broke at the fourth time of asking.

It opened the door for Muguruza, who won four successive games as Halep fell at the semi-final stage of a major for the first time since the 2015 US Open.