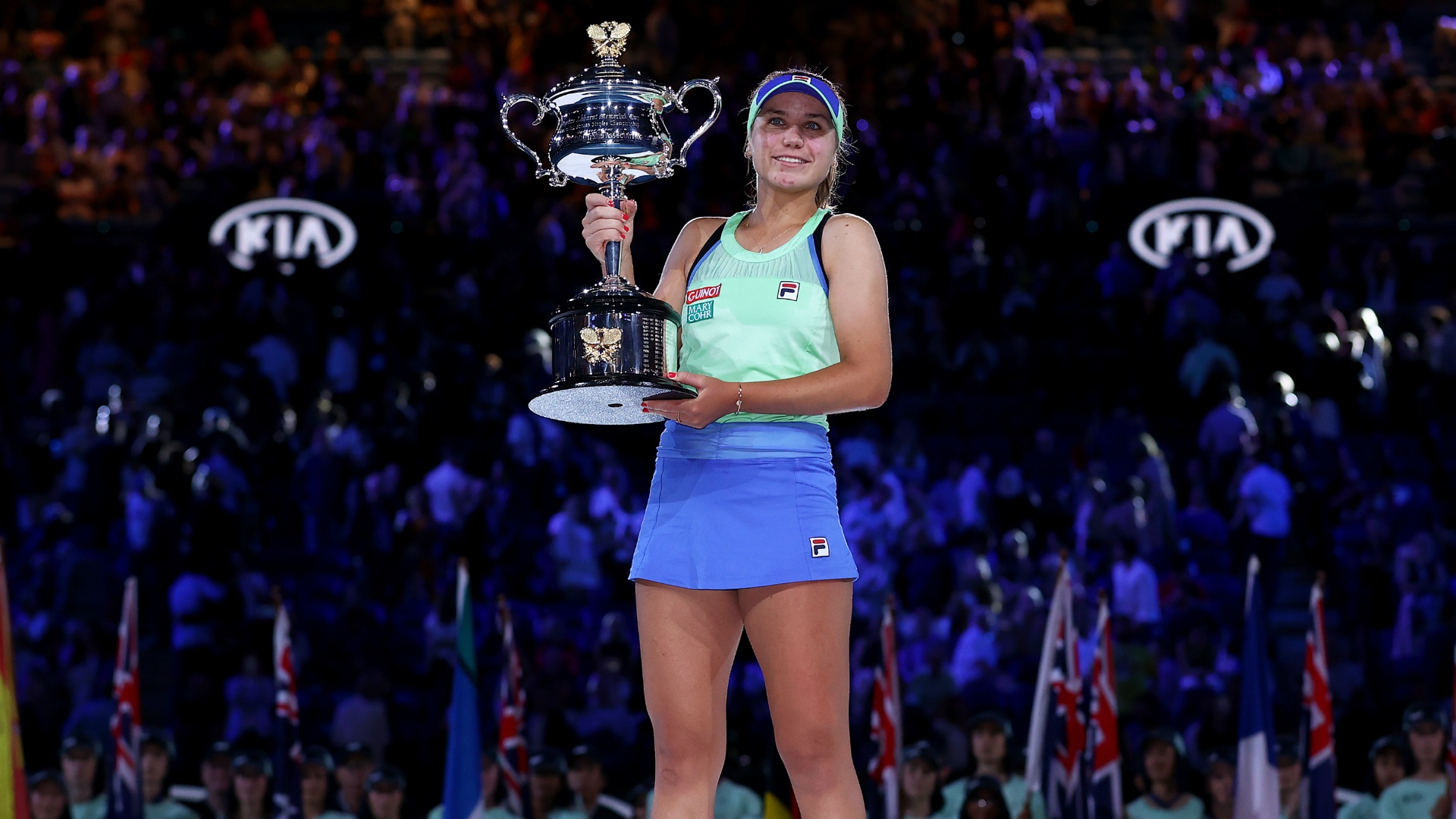 Sofia Kenin was elated and emotional after fulfilling a childhood dream by winning the Australian Open in her grand slam final debut on Saturday.

Kenin became the youngest American major champion since Serena Williams at the 2002 US Open after rallying past former world number one Garbine Muguruza 4-6 6-2 6-2 in Melbourne on Saturday.

The 21-year-old, the youngest Australian Open finalist since Maria Sharapova in 2008, lost a tense opening set, lasting 52 minutes, but lit up Rod Laver Arena with her tenacious approach to blitz Muguruza.

Fronting the crowd during the trophy ceremony, 14th seed Kenin – who upstaged world number one Ash Barty in the semi-final – said: “I’d like to congratulate Garbine on a great match and a great tournament. I’m sure we are going to have many more finals to come in the future.

“I just want to say that my dream has officially come true. I cannot even describe this feeling, it’s so emotional and I worked so hard. I’m just so grateful to be standing here – dreams come true. If you have a dream, go for it and it’s going to come true.

“I love this tournament. It’s such an honour and a privilege to be here and thank you so much – I’m looking forward to coming back here next year. I would like to thank the crowd – this past two weeks has been the best two weeks of my life.

“Last but not least, I’d like to thank my team, my dad, everyone that is there [in the stadium]. Thank you for making this possible, thank you for putting up with me. I can’t believe we are here today, we worked so hard, all of us, so I’m grateful from the bottom of my heart.

“I’d also like to thank my mum, who is back home probably watching this speech. I love you mum! Everyone back home, thank you so much for your support. We worked so hard for this.”

You might need a bigger suitcase #AO2020 | #AusOpen | @SofiaKenin pic.twitter.com/mhieTiWwLK

Muguruza – reborn since reuniting with former coach Conchita Martinez after the pair split two years ago – was impressive from the baseline and at the net, however the unseeded Spanish star faded as the match wore on.

“Congratulations, Sofia. You played an incredible match and an incredible tournament,” said Muguruza, who was eyeing her first slam title since winning Wimbledon in 2017. “You deserve the trophy. I think we are going to see you play more finals, for sure.

“It has been incredible playing out here in this environment. This court brings an energy, the crowd is what makes it special. We play for you guys, that’s what makes the show. Thanks for coming.”