Felix Auger-Aliassime was the biggest name to fall on day two of the men’s singles at the Australian Open, as Rafael Nadal progressed. 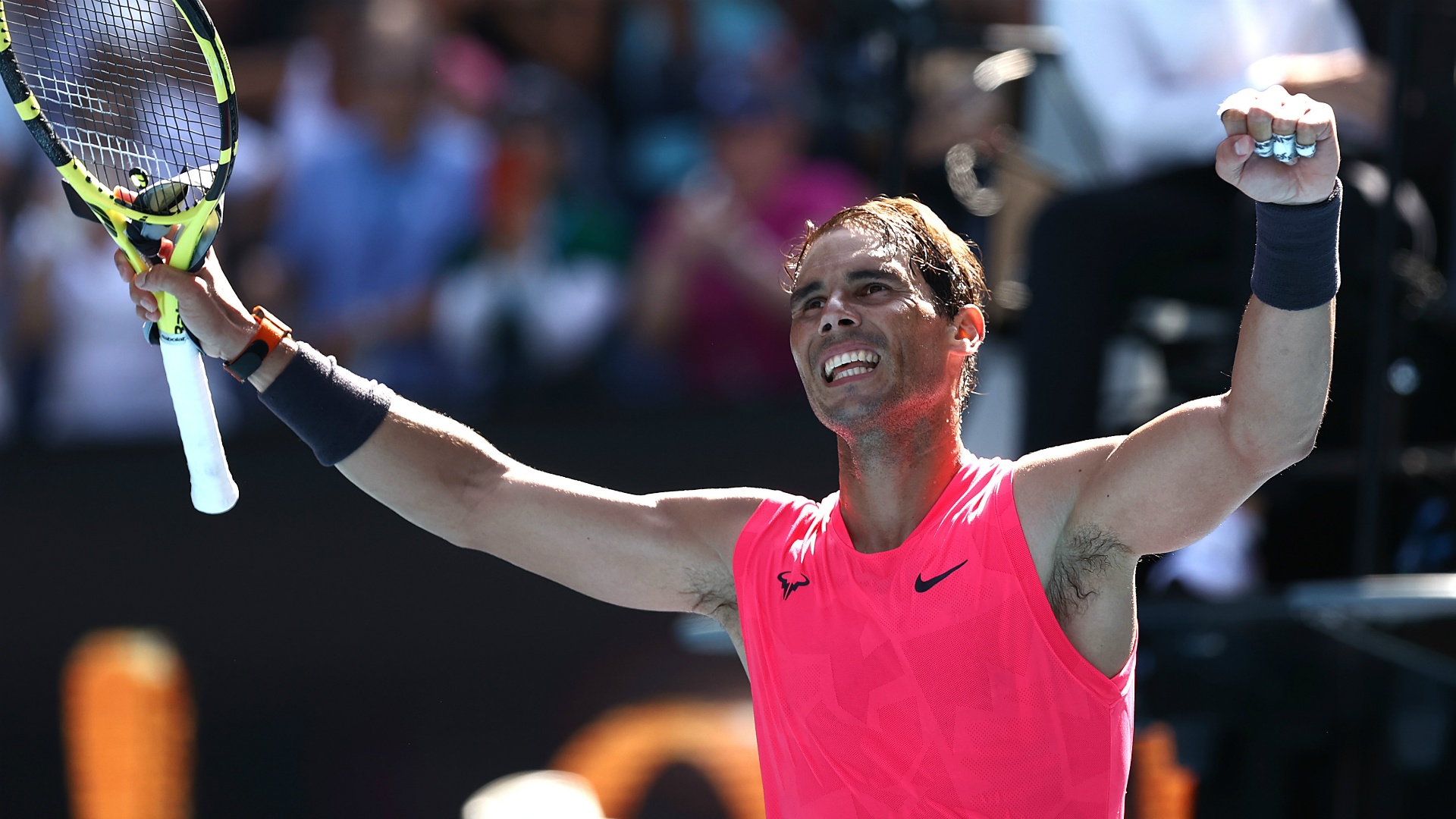 Rafael Nadal acknowledged he had displayed “caution” in his straightforward first-round win over Hugo Dellien at the Australian Open, while Daniil Medvedev tasted victory in his opening match.

Nadal, who had his serve broken twice, stepped it up a gear in a ruthless third set, but initially was more focused on not making any silly mistakes.

“It was a solid start,” Nadal said after booking a round-two match against Federico Delbonis, who won his match with Joao Sousa.

“The third set was a great set, I think I played a very good level of tennis. The first two I played with a little bit more caution.

“That was my goal at the beginning of the match. Then, of course, with an advantage on the score, I just tried to play the way that I really believe I need to play if I want to have a positive result here.”

MEDVEDEV THROUGH AFTER TIAFOE SCARE

World number five Dominic Thiem made an impressive start with a 6-3 7-5 6-2 victory over Adrian Mannarino.

Home hope Nick Kyrgios won two tie-breaks on his way to a victory in his match with Lorenzo Sonego, coming out on top 6-2 7-6 (7-3) 7-6 (7-1), while Gael Monfils and Andrey Rublev progressed into round two.

After his troubling performance at the ATP Cup, Alexander Zverev made a positive start in Melbourne with a 6-4 7-6 (7-4) 6-3 win against Italian Marco Cecchinato.

“If he’s watching this, that was for you little fella.”@NickKyrgios dedicates his first round win to countryman @alexdeminaur who is unfortunately missing #AO2020 due to an abdominal injury#AusOpen | pic.twitter.com/MsiGdkanQ9

After Denis Shapovalov fell on day one, 20th seed Felix Auger-Aliassime succumbed to a stunning defeat on Tuesday.

“Every time you come to Australia the main goal is the Aussie Open, so it’s not good,” Auger-Aliassime said.

“That’s what the results show. But at the same time I am staying calm and positive because I feel I am not far from playing well and winning matches.”

Jo-Wilfried Tsonga, the 28th seed, is also out. He pulled out with a back injury while two sets to one down against Australian Alexei Popyrin.

“He was my favourite player as a kid.”

– @AlexeiPopyrin99 sad to get the W over his childhood idol by default.

In the other matches that had to be completed on day two after rain delays on Monday, Roberto Bautista Agut beat Feliciano Lopez in straight sets, while Milos Raonic and Jannik Sinner also sealed their progress with straight-set wins.