Aslan Karatsev is through to the quarter-finals in his first Grand Slam main draw appearance. The Russian upset Felix Auger-Aliassime in five sets during fourth-round action at the Australian Open on Sunday. 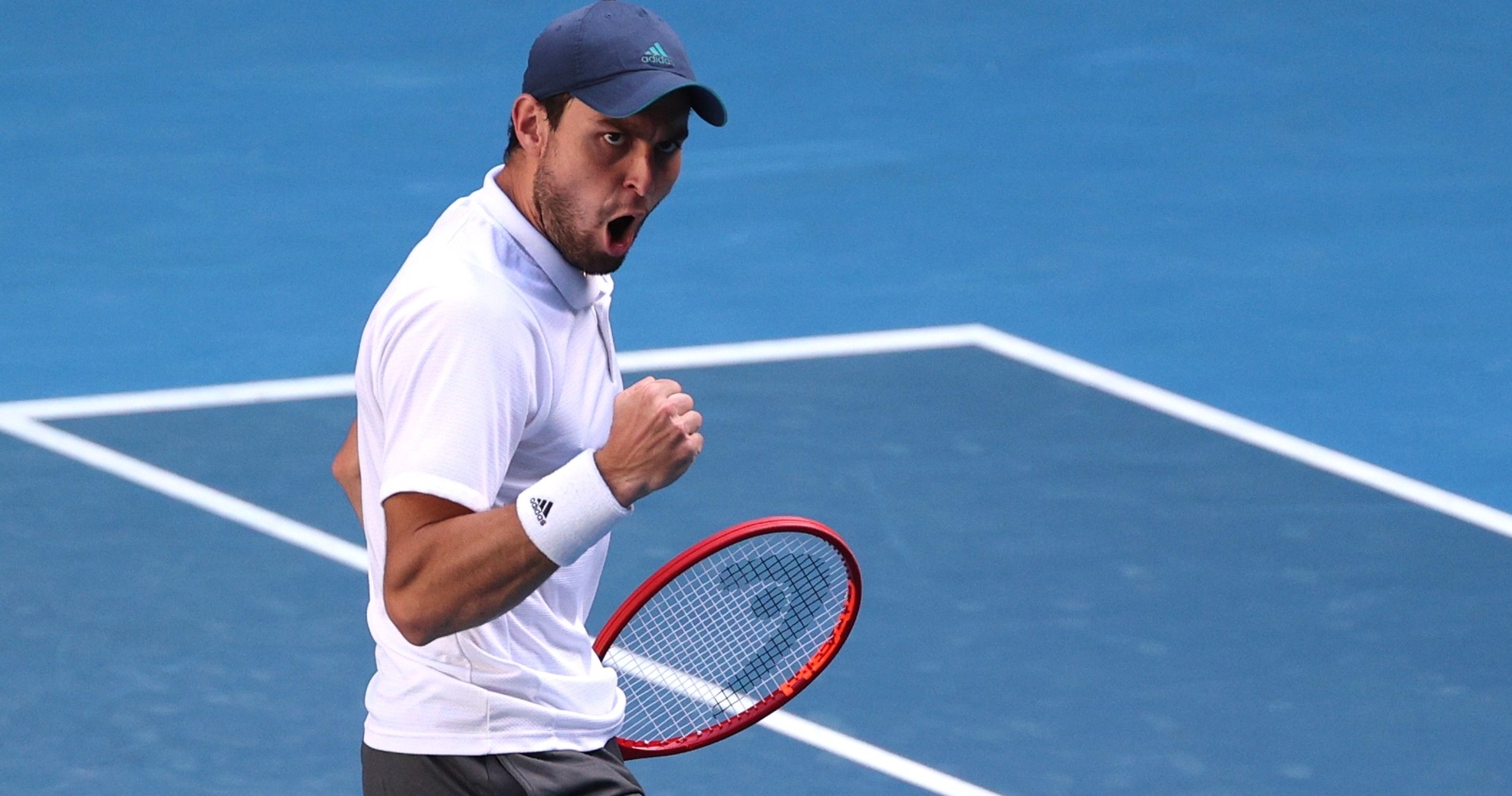 The fairytale run of Aslan Karatsev continues at the 2021 Australian Open.

Playing in his first-ever main draw of a Grand Slam, Karatsev secured a spot in the quarter-finals when he came back from two sets down to stun Felix Auger-Aliassime 3-6, 1-6, 6-3, 6-3, 6-4 during fourth-round action on Sunday afternoon. The unheralded Russian earned the biggest and best moment of his career after three hours and 25 minutes.

Auger-Aliassime off to fast start

For a while, though, it looked like Karatsev’s breakthrough tournament would come to a crashing halt in the last 16. It was Auger-Aliassime who took control early, breaking in each of Karatsev’s first two service games. That led to a routine first set, and the second was even more dominant in the Canadian’s favor. He added three more breaks while holding all of his own service games. In fact, Auger-Aliassime reeled off six games in a row after Karatsev held to start the set. 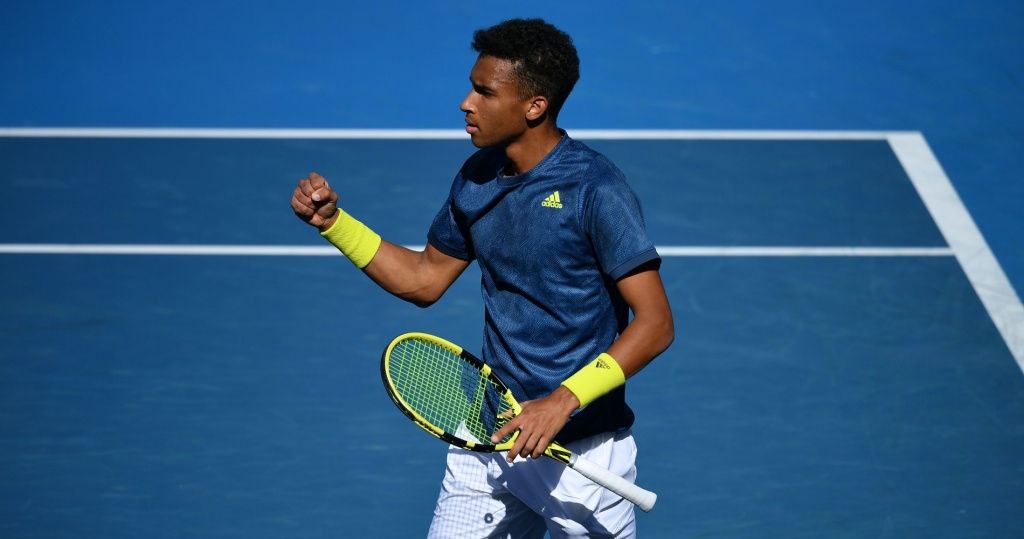 Karatsev, however, had come too far to go away without a fight. After all, he had successfully qualified in Doha (site of Aussie Open qualifying) and then caught absolute fire in the first three rounds. The 27-year-old rolled through opponent after opponent in easy straight sets, including Diego Schwartzman 6-3, 6-3, 6-3 on Friday. Karatsev needed three more sets in a row in order to stay alive, and that is exactly what he got.

Finding the range with his serve and forehand while also benefitting from a dip in Auger-Aliassime’s serving, the underdog seized momentum with a break at 2-2 in the third. From there Karatsev never relinquished the upper hand. He did not even drop serve a single time in the final three sets.

In the third, a love break at 1-1 proved to be enough for Karatsev. Auger Aliassime stayed within striking distance by saving four break points at 2-4, but the 20-year-old never could get back on level terms. Playing as if this wasn’t by far the most important occasion in his career, Karatsev stepped up to the line and held easily at 5-4 to clinch victory.

A magical run continues with a magical comeback 🪄🎾@AsKaratsev takes down another seed and is through to the final 8⃣👏#AusOpen | #AO2021 pic.twitter.com/6hqBuTV7qS

“Could I have played better?,” Auger-Aliassime commented. “Clearly I could have done better, especially after leading two sets to love. I have to see the match again, but there was maybe opportunities to stay in there, to at least get to a tiebreak maybe or give myself a chance. But to be honest a lot of credit is to him; he played well, he raised his level after the second set and he started serving really well, doing everything really [well].

“On my part, I started serving not as good, not hitting my targets, and things got a bit tough from that point on. But I fought, I tried everything until the end, but at some points it was just too good from him.”