After her Australian Open title defence came to an end, Sofia Kenin said the pressure was too much for her. 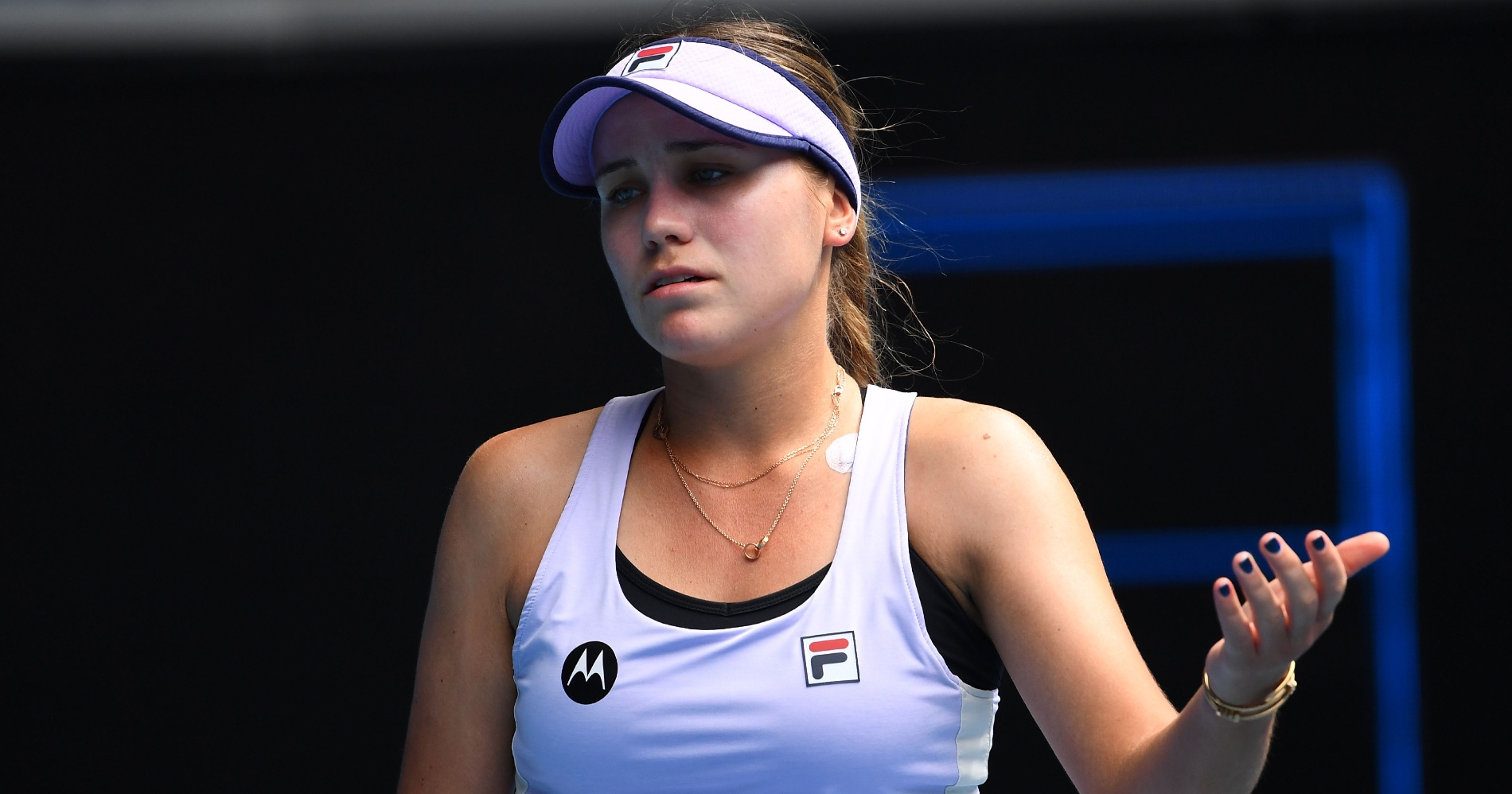 A teary Sofia Kenin admitted she was unable to handle the pressure of defending her Australian Open title after a second-round exit.

The American fourth seed departed at Melbourne Park on Thursday, when she was beaten by Kaia Kanepi 6-3 6-2.

Victoria Azarenka was the last woman to defend the Australian Open crown in 2013, while Serena Williams was the most recent to go back-to-back at any major, winning Wimbledon in 2015 and 2016.

Kenin, 22, said she struggled to cope with the pressure of defending a grand slam title for the first time.

“Obviously I haven’t experienced that. I obviously felt like I’m not there 100 per cent physically, mentally, my game. Everything just feels real off obviously. It’s not good,” she told a news conference. I know I couldn’t really handle the pressure. I’m not obviously used to this, so right now I just got to figure out how to play at that level that I played at.

“Because like today and those matches, it just hasn’t been there. It’s weird. I’ve been practising for two weeks. Luckily I’ve been able to practice. I felt fine in practice. Just couldn’t do that in the game.”

Kenin had 22 unforced errors against Kanepi, while she failed to convert any of her seven break points. After a second loss in as many meetings with Kanepi, Kenin gave credit to the 35-year-old Estonian.

“She obviously played well. I obviously felt like I couldn’t find my rhythm.  I was obviously way too nervous,” she said. “Yeah, I mean, she played really well. She came up with some good shots. She obviously had a good plan against me. I just couldn’t execute my shots.”

Only three defending Australian Open champions on the women’s side have failed to reach the third round of their title defence. Mary Pierce in 1996, Jennifer Capriati in 2003 and Kenin in 2021.