It had to be day and night compared to the US Open, and it was — both figuratively and literally. 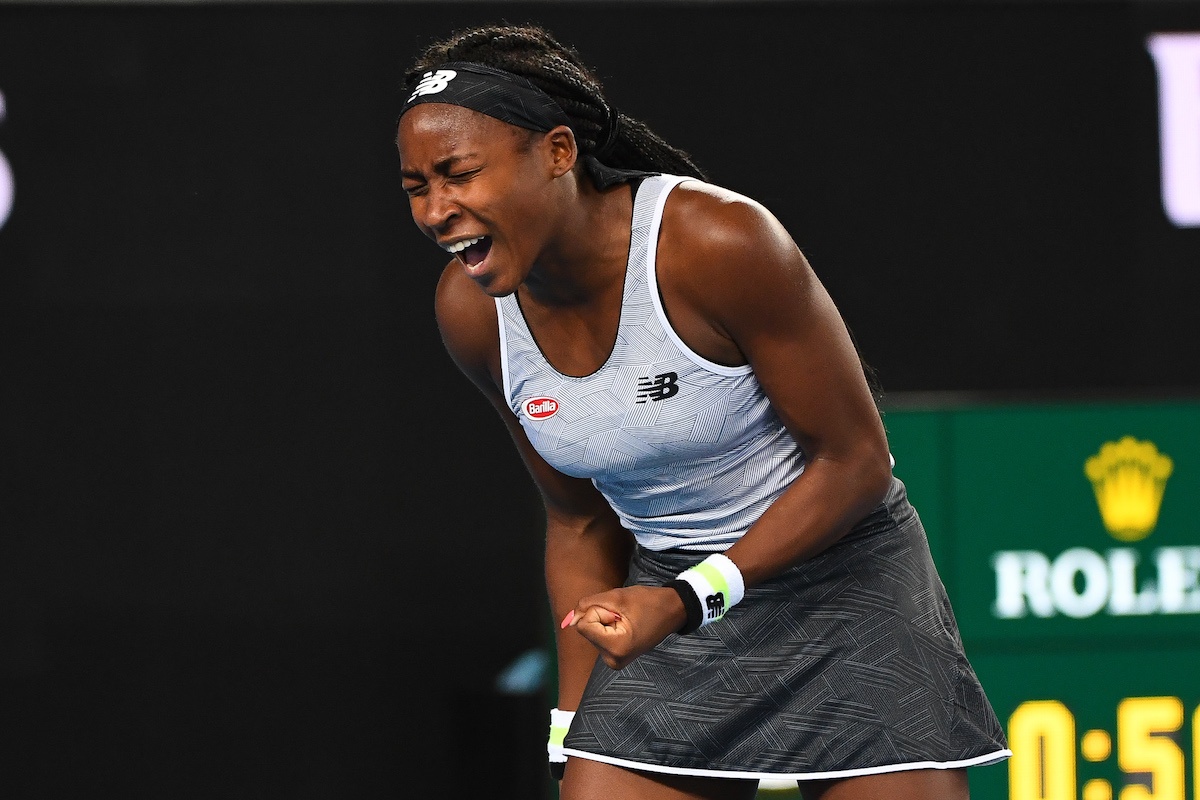 In New York, under the flashing lights of the 23,000-seat Arthur Ashe stadium, Coco Gauff had crumbled under both the pressure and the massive groundstrokes of Naomi Osaka, exiting the tournament with the harshest loss of her career (6-3, 6-0) and a lot of tears shed.

In Melbourne, just four months after that New York pressure-packed nightmare, Coco Gauff was different, so much different, ‘stressed but in a positive way’ as Patrick Mouratoglou had put it, scattering top-spun serves and returns and shouting ‘COME ON’ at the top of her lungs every time she needed to

She never looked on the edge, though. Serving first, she was fairly comfortable on her serve and took advantage of Osaka’s errors (she would go on to make 30 the whole match, for just 17 winners) to break her for 5-3 and serve out a 37-minute first set, 6-3.

The exponential improvement in such a short period of time, at 15, is hard to fathom.

Gauff already has a set and a break on Osaka after 37 minutes. This is all going too fast, and by this, I mean time and my life

Gauff went on to clinch another break in the opening game of the second set, only to lose it right back. But it was her day, her moment, and she quite logically broke again in the seventh game.

From this point, Naomi Osaka looked resigned. The last point of the match, a backhand miss in the net, summed up what was a disappointing performance from the defending champion.

For the first time since the 2018 US Open, Naomi Osaka does not hold a Grand Slam title, and incidentally, she’s down to No. 9 in the live WTA rankings.

As for Coco Gauff, she is already projected inside the top 50.

At last year's #AusOpen, if you had asked:

"I wonder who is going to knock out the defending champion next year?"

The correct answer would have been a girl who was 14-years-old and ranked 684th.

What Coco Gauff is doing is *nuts*. It's pretty hard to overstate that.

Just a few hours after Serena Williams shied away from Coco Gauff’s quarter of the draw, and after today’s sparkling display of attacking tennis, it doesn’t seem so far-stretched anymore to imagine that a 15-year-old girl could win a Major. For the record, she would be the youngest ever to do so…