Home » News » Daniil Medvedev Keeps Marching On, Awaits Stan Wawrinka in the Round of 16

Daniil Medvedev Keeps Marching On, Awaits Stan Wawrinka in the Round of 16

Daniil Medvedev is back where his stellar 2019 season started: in the Australian Open Round of 16, where he had given Novak Djokovic his hardest test en route to the Australian Open title. Another former champion awaits at this stage this year: Stan Wawrinka. 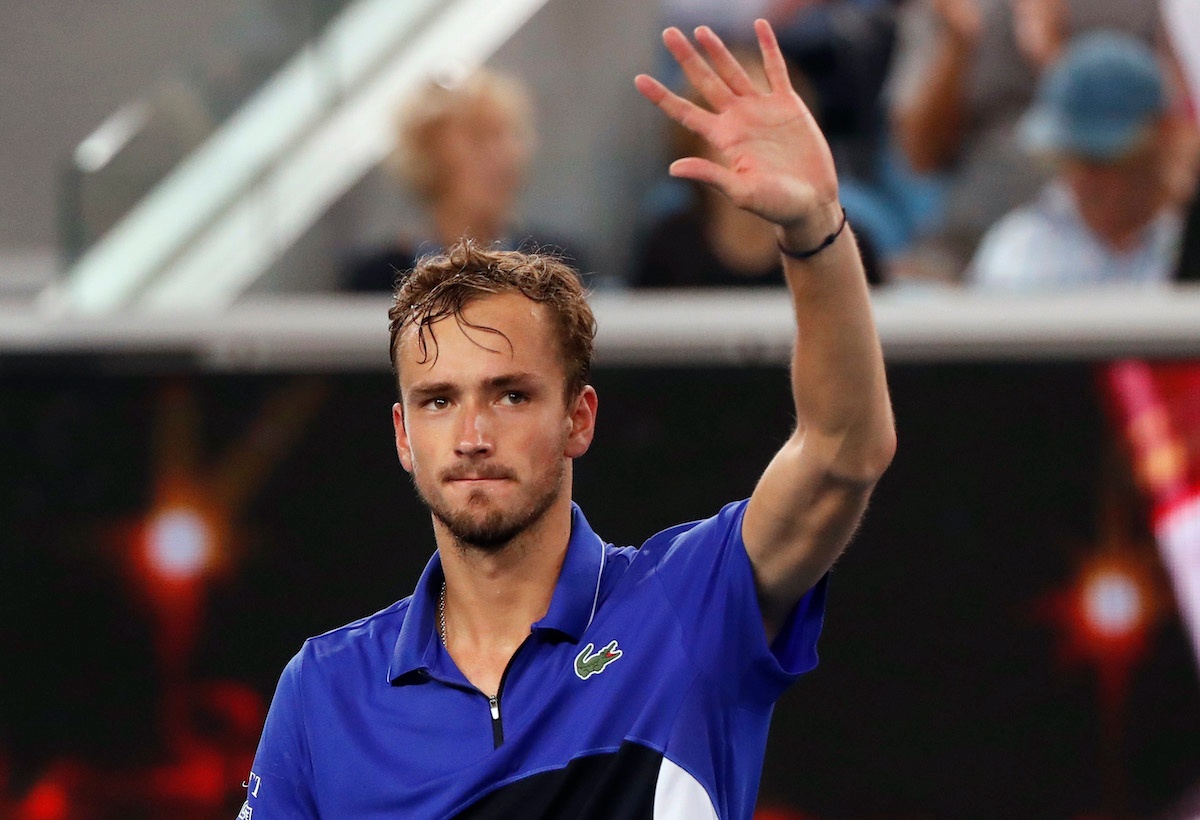 Against Alexei Popyrin, a 20-year-old Aussie that had lighted the Australian Open crowd up in a five-set R3 loss to Lucas Pouille last year, Medvedev knew he had to start strong. The Russian did just that, breaking his opponent immediately and holding his serve to claim a 6-4 first set.

Popyrin never really went away — he had the whole stadium on their feet after a great rally in the third set, see below — but it got easier for Medvedev after that opening set.

Don't rule him out just yet 💥@AlexeiPopyrin99 with this inspired forehand winner in behind Daniil Medvedev.@Channel9 | @espn #AO2020 | #AusOpen pic.twitter.com/sAZiHhVwLH

The 2019 US Open runner-up tired Popyrin out with his brick-wall defence, manoeuvring him around the court in transition and relentlessly taking advantage of Popyrin’s short balls to finish at the net.

Fourth seed @DaniilMedwed def. Alexei Popyrin 6-4 6-3 6-2 to advance to the round of 16 at the #AusOpen for the second time.

In the Round of 16, Medvedev will face Stan Wawrinka, against whom he holds a 2-0 winning record with both matches having been played at Grand Slam level:

Will Medvedev make it 3 in three different majors? Historically, Wawrinka loves playing in Melbourne perhaps more than anywhere else…