Home » News » Djokovic and Federer in Same Half, Nadal and Medvedev in the Other

Djokovic and Federer in Same Half, Nadal and Medvedev in the Other

The draw gods have spoken : seven-time champion Novak Djokovic and six-time champion Roger Federer have been placed in the same half of the 2020 Australian Open draw while Rafael Nadal, the world No. 1 and 2009 champion, could potentially face No. 4 seed Daniil Medvedev in the semifinals. The latter faces Frances Tiafoe in the most anticipated Round 1 match of the draw. 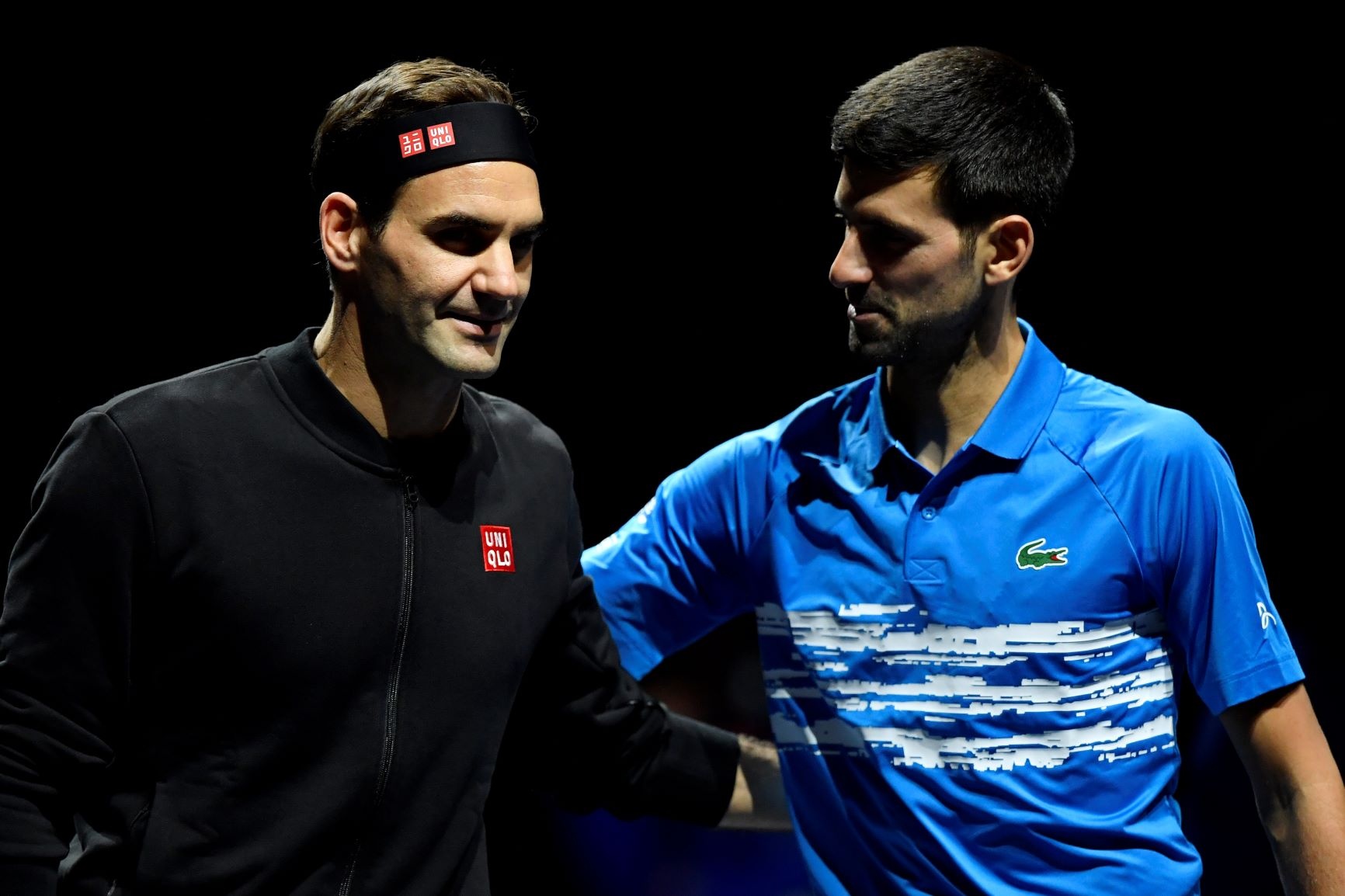 Surprisingly enough, the main takeaway of the Australian Open men’s draw ceremony isn’t so much the Round 1 matches — there’s very few notable ones — but the fact that the draw was computer-made before the ceremony, as was the case for the last US Open.

The Australian Open draw ceremony just getting underway. But the draws have already been done earlier in the “official draw room”…

Let’s get through what we’ve selected as the three main first-round clashes :

Last year, Daniil Medvedev, with the No. 15 seed on his back, fell to eventual champion Novak Djokovic in a Round of 16 slugfest. Awarded with a top-4 seed after a breakthrough 2019 season during which he picked up two Masters 1000 titles and made a Grand Slam final, the Russian is assured not to face Djokovic before the semis this year. But Medvedev’s opener will not be easy nonetheless: He will face Frances Tiafoe, who defends quarterfinal points in Melbourne and was arguably one of the toughest unseeded opponents of the draw. Get your popcorn ready for what has got to be the most blockbuster-worthy R1 of the men’s draw.

Two dangerous unseeded floaters, who both like playing in Australia, are set to square off in a battle of generations. Last year, teenager Alexei Popyrin had his first breakthrough at home, taking out Dominic Thiem and only losing in five sets to eventual semifinalist Lucas Pouille in the third round. Likewise, Jo-Wilfried Tsonga had his first breakthrough in Melbourne back in 2008, when he reached his maiden — and lone to this day — Grand Slam final (l. to Djokovic in four sets). The Frenchman made the semifinals again two years later, exiting to Roger Federer. An up-and-coming Aussie facing a former tournament runner-up: No doubt Popyrin-Tsonga wlll get both some hype and a big court assignment.

Rule No. 1 of any Australian Open draw: No Australian Open Round 1 draw is considered ‘tough’ for seven-time titlist and defending champion Novak Djokovic. However, one might want to tune in when Djokovic takes on world No. 37 Jan-Lennard Struff, who was five spots from clinching a seeding in Melbourne and is coming off a career-best season. While the Serb had made light work of the German in last year’s Roland-Garros Round of 16 (6-3, 6-2, 6-2), there’s every reason to believe Struff could be a little more than a mere speed-bump on Djokovic’s road to a record-extending eighth crown in Melbourne.

Potential Round of 16 matches (based on seedings):

Djokovic’s projected path to the title :

Nadal’s projected path to the title :

Federer’s projected path to the title :