Tennis Majors > Australian Open > Stadium emptied during the match, Djokovic injured but qualified: Strange end of the day in Melbourne

Stadium emptied during the match, Djokovic injured but qualified: Strange end of the day in Melbourne

Novak Djokovic survived an almighty scare in overcoming American Taylor Fritz to advance to the fourth round of the Australian Open but a suspected muscle tear means he may still have to withdraw from the tournament. 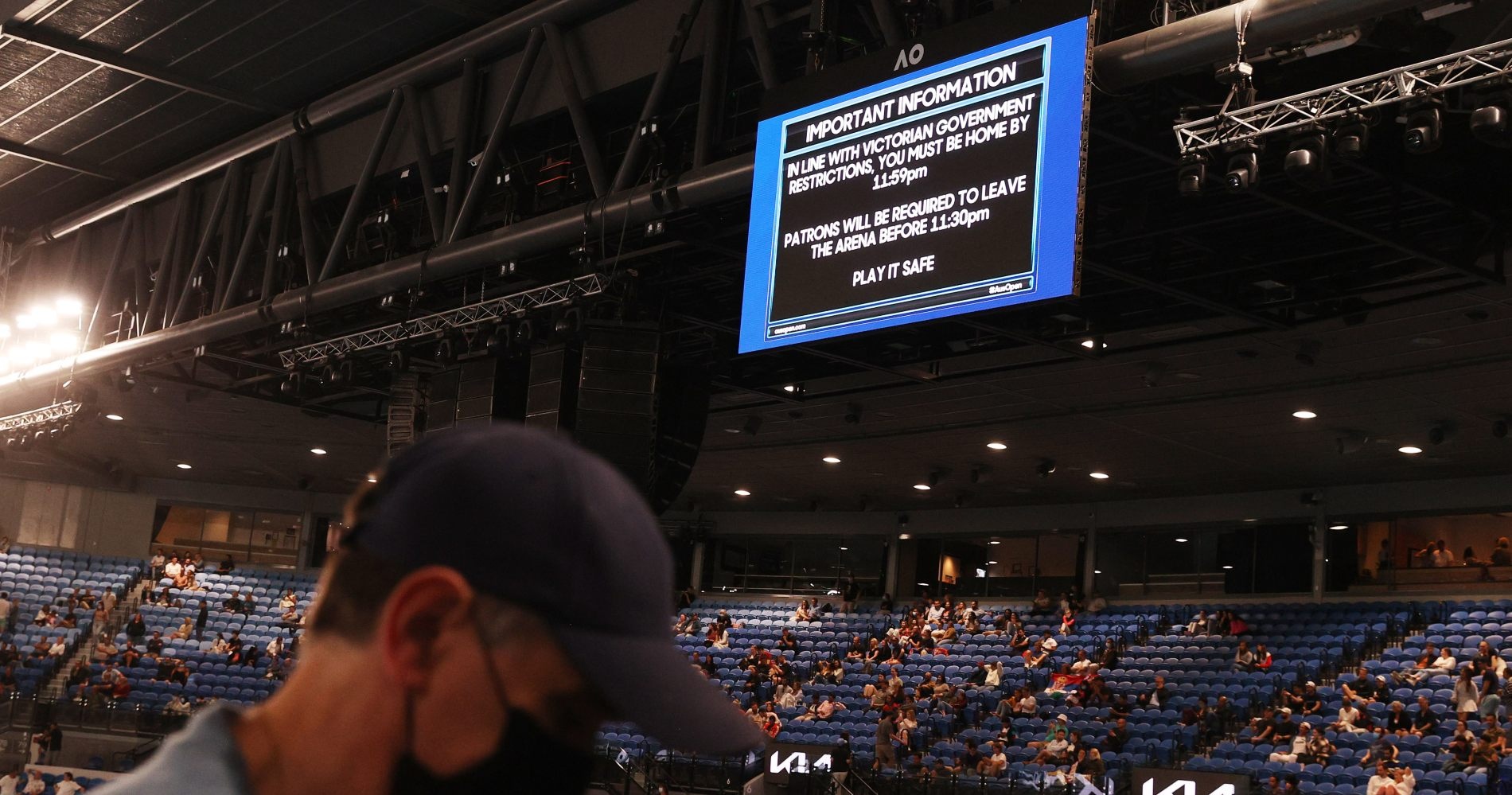 The eight-time Melbourne champion looked to be cruising after taking the opening two sets but then began to struggle in the third set, wincing and pulling up in pain with what appeared to be a right adductor muscle injury. It forced the Serb to try and shorten the points, often going for two first serves.

But it allowed Fritz back into the match and the American gained in confidence, taking the match to a decider. There followed a lengthy break as spectators cleared out of the stadium in order to make the new midnight lockdown curfew. And that time gave Djokovic the opportunity to regroup, take on medicine and come out stronger in the decider.

The pain still looked to be there in the decider, but the champion rallied for one final push, breaking twice to seal the decider 6-2 and get out of jail.

“Mentally and emotionally I feel great, I mean it’s a huge relief to pull this one through in these kind of conditions I find myself in,” Djokovic told Eurosport after the match. “It was one of a kind type of match for me, that’s what I said on the court and I really mean it. Definitely one of the best moments I have in my career under these kind of circumstances.

“The only thing I could do is serve and that’s what got me out of the trouble. I served two first serves because I knew this is my only chance is if I serve well and put pressure on his service games, which happened and then whatever is happening here got better in the fifth and I could start to play and start to return a few serves. Obviously that got me a couple of crucial breaks.” 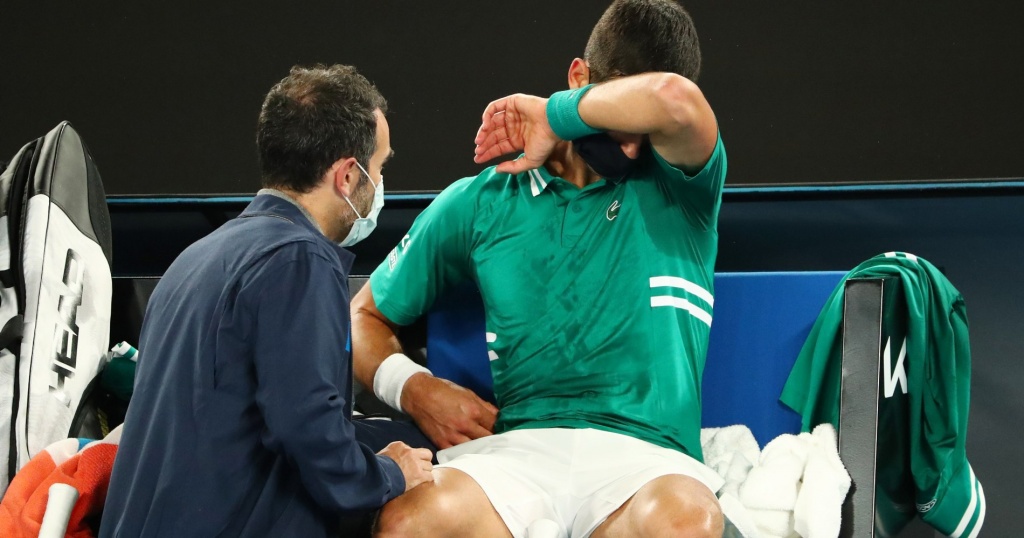 With victory came a rare show of emotion, Djokovic beating his chest and screaming towards his corner not once, twice but three times. He will now have to recover quickly, as he next faces Milos Raonic in two days’ time.

“Obviously I don’t want to talk about the intensity of level of injury or the pain. It’s not going to matter much because people don’t understand what you go through on the court. The way it felt definitely at the beginning of the third set when I got my first medical time out I was debating really strongly in my head to retire the match after two games because I couldn’t move, I couldn’t rotate, I couldn’t return.

“I’m obviously very very proud of this but at the same time also a bit worried because I don’t know what’s going on. I think it’s a tear. I had that kind of weird feeling on one of the returns before I went to get the medical time out and I knew right away that something not so great is happening and it was confirmed by a physio from ATP. Let’s see. I don’t have a great experience with tears in terms of continuing in the tournament so that’s something that’s kind of in the clouds for me at the moment whether I’m going to step out onto the court in two days. Hopefully, god willing, I will be able to play.”

"This is definitely one of the more specials wins in my life."@DjokerNole | #AO2021 | #AusOpen pic.twitter.com/2Cx2b49RdU