Day five of the 2020 Australian Open saw victories for Serena Williams, Simona Halep and Naomi Osaka as the big names all won through

It’s nearing the end of the first week of the Australian Open, the time for the players still in contention to play in the third round of the competition. And it’s the bottom half of the women’s draw that is the focus on Friday. It’s a star studded agenda for day 5 with Simona Halep, Serena Williams, Naomi Osaka and Garbie Muguruza all in action. Fiona Ferro will have to pass the significant Iga Swiatek test if she wants to continue her fairytale adventure.

What you need to know: Serena vs. Sabalenka is set

Is a Grand Slam title the next order of business in Aryna Sabalenka‘s career? It would make sense if it is. The 22-year-old is up to No 7 in the world after ending her 2020 campaign with back-to-back tournament titles. She picked up right where she left off by winning her first event of 2021 in Abu Dhabi. Sabalenka’s 15-match winning streak came to an end at last week’s Gippsland Trophy (also at Melbourne Park), but with a couple of matches under her belt following quarantine she appears to be back on track. The Belarusian booked her spot in the fourth round by beating Ann Li 6-3, 6-1 in just one hour on Friday afternoon. This marks her first time in the Australian Open fourth round.

Onwards and upwards 💪 @SabalenkaA gets the job done and is heading into the fourth round 👏#AusOpen | #AO2021 pic.twitter.com/HTlkbtFxkU

Sabalenka, who is 18-1 in her last 19 matches, has a blockbuster battle with Serena Williams on her hands for Sunday.

Williams, who is aiming for a 24th Grand Slam crown, prevailed on Rod Laver Arena against Russia’s Anastasia Potapova. The American was in great shape heading into Friday’s contest, having lost only five games through two rounds. She was troubled for the first time by Potapova, who served for the opening set but double-faulted five times in a single game and was broken. From there Williams never relinquished momentum, powering her way to a 7-6(5), 6-2 victory in one hour and 37 minutes. 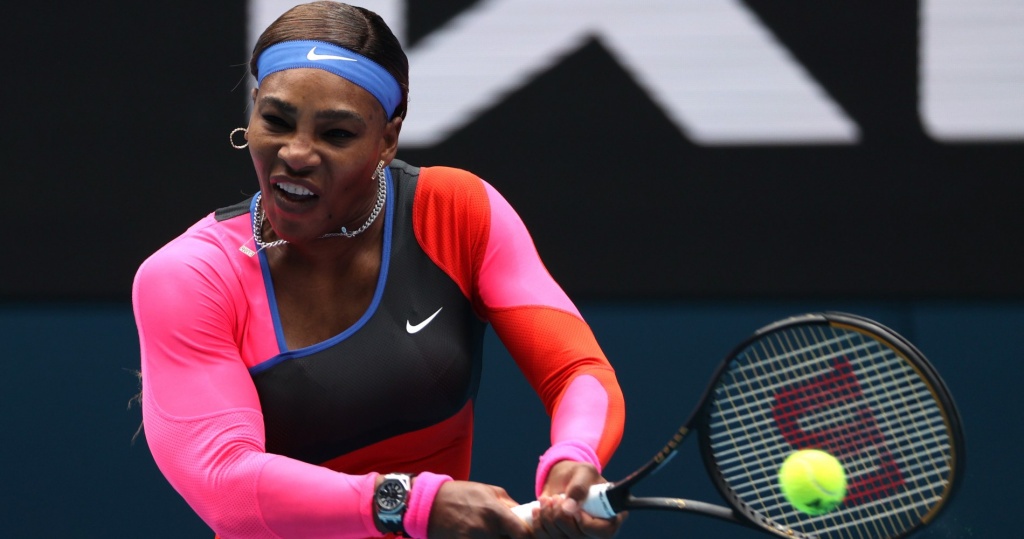 Halep, Vondrousova, Muguruza, and Osaka march into fourth round

Friday’s first match in Margaret Court Arena saw No. 19 seed Marketa Vondrousova get the best of world No. 68 Sorana Cirstea 6-2, 6-4. The 2019 Roland-Garros runner-up converted four of nine break-point chances and was broken only once while advancing in one hour and 25 minutes.

A drive up the line and a match point all in one.@VondrousovaM snags a quick win over Cirstea 6-2, 6-4 to advance to the fourth round. 👏@Lexus #AusOpen pic.twitter.com/nryKICxaKW

Garbine Muguruza took the court next in MCA and also wasted no time earning her place in the proverbial second week of the tournament. Muguruza erased Zarina Diyas 6-1, 6-1 in a mere 56 minutes. The 2020 runner-up is through to the last 16 for a third straight year.

She will battle Naomi Osaka for a spot in the quarter-finals. Osaka, the 2019 champion Down Under, defeated Ons Jabeur 6-3, 6-2 in John Cain Arena. A high-quality contest — despite the lopsided scoreline — saw the Japanese world No 3 prevail in one hour and 18 minutes.

There were also very few problems for second seed Simona Halep, who swept aside the challenge of 32nd seed Veronika Kudermetova 6-1, 6-3.

“Yeah, it was a great match,” said Halep. “I played much better than the previous one. Actually, I expected how she’s gonna play. I practiced once with her a few months ago, so I knew that it’s gonna be tough. But I’m really happy with the performance tonight.”

Hard-fought battle of the day: Hsieh vs. Errani exactly as advertised

Fans — who will no longer be able to attend the tournament until at least next Thursday — were treated to exactly what they came to see in the Hsieh Su-wei vs. Sara Errani match. A grueling baseline battle complete with wild rallies and lots of service breaks was expected…and that is exactly what happened. It was Hsieh, despite trailing 5-3 in the final set, who ended up triumphing 6-4, 2-6, 7-5 after two hours and 46 minutes.

It will be Hsieh vs. Vondrousova in the round of 16.

When you don't know what to write, draw a cat instead 😹@iga_swiatek | #AO2021 | #AusOpen pic.twitter.com/lBscrOlTJy