Kobe Bryant was bigger than life, and incidentally bigger than his sport. Crossing the boundaries of basketball like he crossed over many opponents over his trophy-filled 20-year career, Bryant had developed a genuine interest for tennis. From 15-year-old Coco Gauff to 32-year-old Novak Djokovic, many were those who once received career — and life — advice from The Mamba. They just knew they could call him and he would pick up. 24/8. 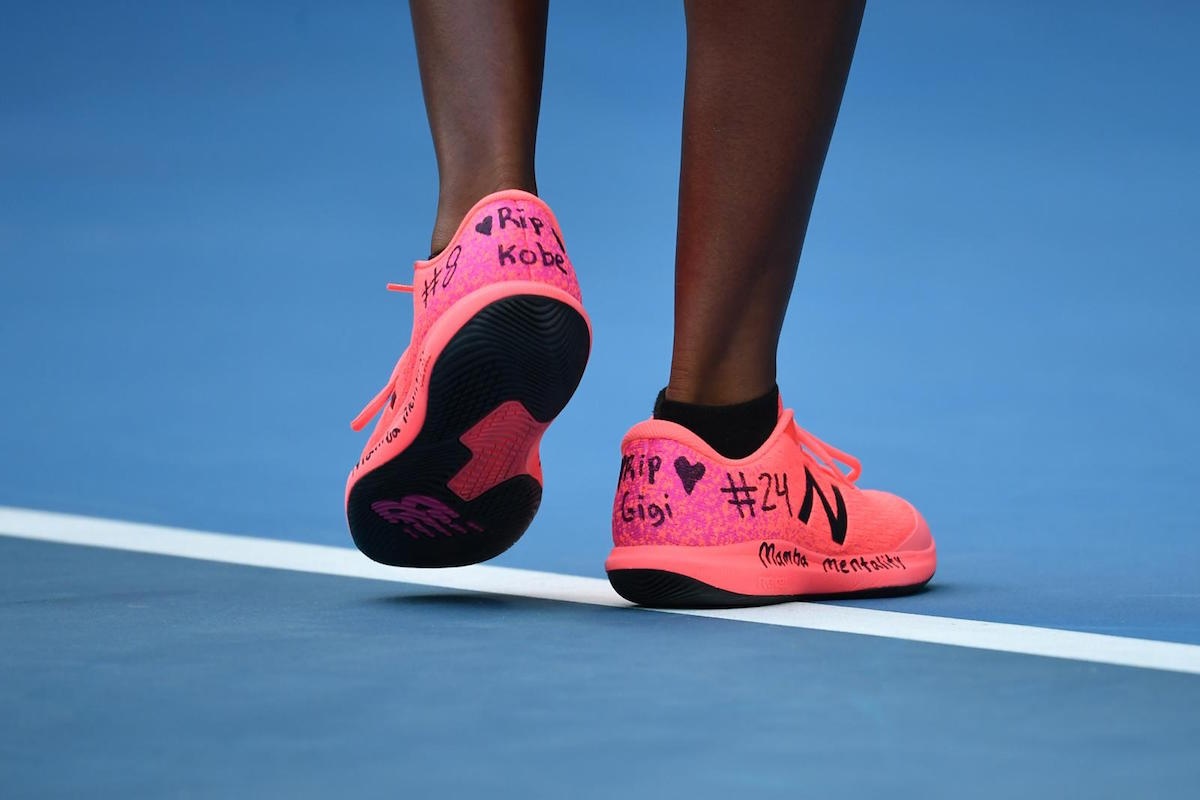 Big bro. Mentor. You name it. Kobe Bryant had that status in the eyes of Naomi Osaka, who had met him at last year’s US Open to talk ‘drive, passion and fierce mentality’ — three personality traits she sure has picked up from Bryant.

Along with Colin Kaepernick, Bryant had even watched Osaka’s second round match from her box. The defending champion had won it in straight sets because she didn’t want her guests to “sit in the sun too long.”

Early this morning, presumably shortly after hearing about his passing — you’re either at a loss for words or they just pour out at moments like that — Naomi Osaka took to her Notes app to deliver a posthumous one.

Kobe Bryant was a mentor to both 2018 US Open champions. Novak Djokovic paid him an early tribute the Saturday before the start of the Australian Open, recalling “several phone conversations where Kobe had helped [him] go through physical and emotional struggles.”

This was just Friday – Novak Djokovic talks about being mentored by Kobe Bryant pic.twitter.com/u0JMKMAtHC

When asked about his take on the Big Three, Bryant’s answer had been emphatic: “Novak’s my guy. We have a relationship. We’ve had a relationship for a long time.”

My heart truly mourns over the news today. Kobe was a great mentor and friend. There are not enough words to express my deepest sympathies to the Bryants and every family suffering from this tragedy. May God bless you and your Gianna. Thank you for being there for me and inspiring the entire world. Thank you for showing all of us athletes how to compete and respect sport. Thank you for the greatest legacy you leave behind with us. I’ll never forget your smile spreading positive energy everywhere you went. You and your daughter will live forever ♾ in our hearts ❤️. RIP amico mio. Ti voglio bene.

Bryant’s influence was both intergenerational and intercultural. While they had never met him in real life and are coming from different countries, Nick Kyrgios and Coco Gauff made a point of honouring his legacy when taking to the Melbourne courts today.

Kyrgios, a lifelong basketball fan, admitted thinking of Bryant deep in the fourth set of his match against Nadal helped him erase his break deficit.

As for Gauff, she wasn’t born when Bryant completed his historic three-peat with the Lakers in 2002, and just six years of age when he clinched the last of his five NBA rings in 2010. That she not only knew him but grew up adulating him shows how big of a figure he was beyond the rectangular confines of the basketball court.

Bryant, reciprocally, knew who Coco Gauff was, and had talked highly of her during his US Open visit.

All tennis players — from the early Open Era to today — knew who Kobe was and admired equally his ruthless ‘Mamba mentality’ on the court and the candidness of his father figure off it.

Kobe and Gigi? This is incredibly difficult to process. I will never forget your generosity, and the time you set aside in some of my most difficult moments. I am forever grateful. My heart is with you and your beautiful family. pic.twitter.com/rnGI8o1p5L

One of the greatest sportsmen of our lifetime. RIP ? pic.twitter.com/29R7IjexUj

Terribly sad to wake up to this news today. RIP Kobe Bryant. Too young. Deepest condolences to family and friends of the sporting legend.

I’ve just learned that Kobe’s 13-year-old daughter, Gianna, who loved basketball just as much as her dad did, has also passed away today. My heart is with the Bryant family. pic.twitter.com/TTjrGY2lyE

Kobe Bryant had himself turned to playing tennis once he was done with his basketball career. Had he taken a page from the books of Roger Federer, Stan Wawrinka, Dominic Thiem or Stefanos Tsitsipas (or all of them) when crafting this effortless one-handed backhand?

The whole tennis world had found itself a mentor in Kobe Bryant — someone they could expose their career and life problems to. In pure Kobe fashion, he would always make them fade away.

At the young age of 41, Kobe has forever left this world. But somewhere, somehow, Hotline Kobe will forever remain reachable. 24/8.