Dalila Jakupovic suffered a coughing fit on the court and was forced to withdraw from her Australian Open qualifying match. 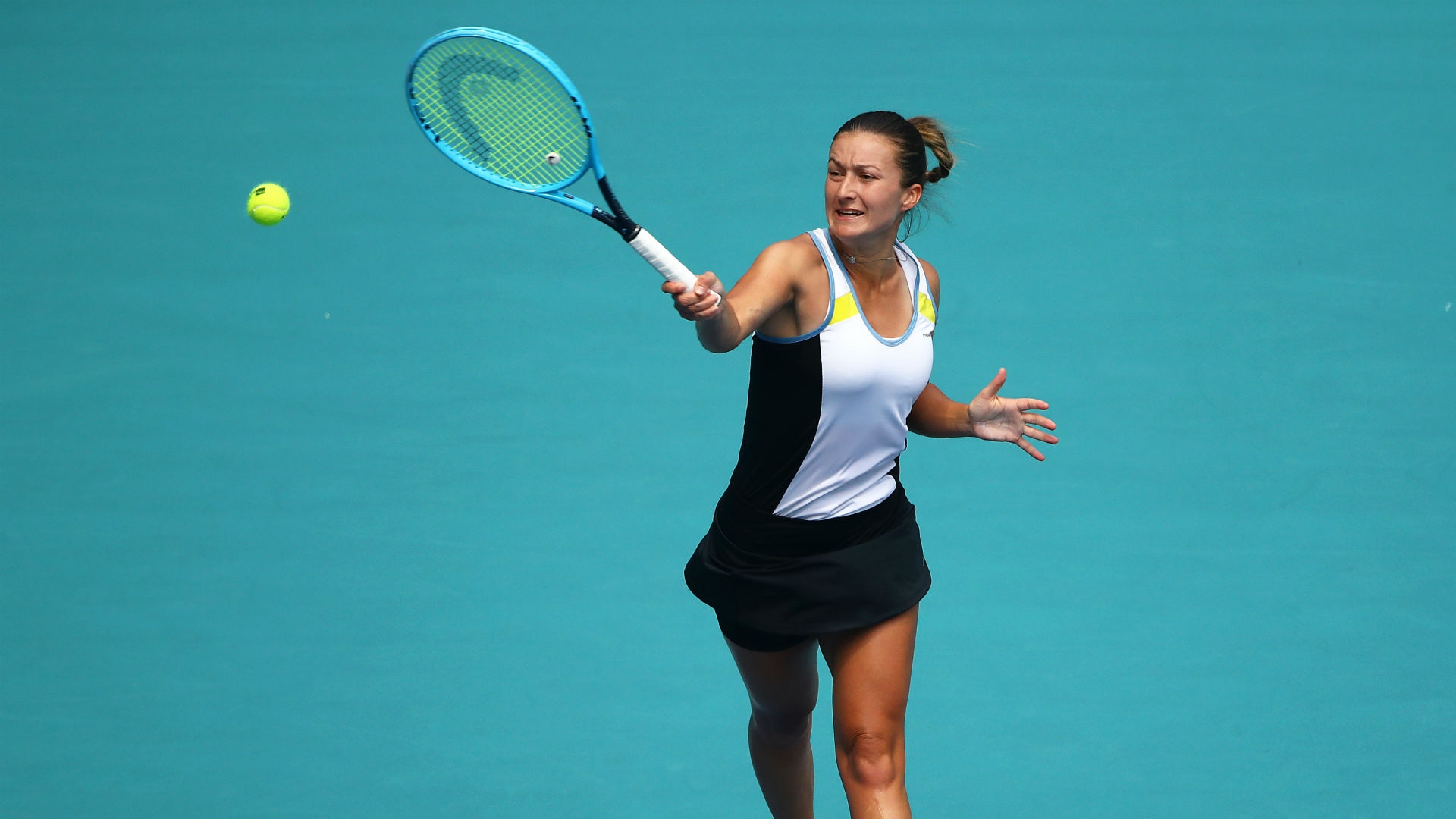 A tennis player who abandoned her Australian Open qualifying match amid the bushfire smoke in Melbourne feared she would collapse on the court.

Dalila Jakupovic was a set to the good against Stefanie Vogele when the Slovenian suffered a coughing fit, eventually dropping to her knees and requiring assistance.

She was taken off the court and, speaking after the match was called off, the world number 180 expressed her surprise that it even went ahead, given the poor air quality.

“I was really scared that I would collapse,” she said. “That’s why I went onto the floor because I couldn’t walk anymore.

“I don’t have asthma and never had breathing problems. I actually like heat.

“The physio came again and I thought it would be better. But the points were a bit longer and I just couldn’t breathe anymore and I just fell on the floor.

“It’s not healthy for us. I was surprised, I thought we would not be playing but we don’t have much choice.”

Across the city at the Kooyong Stadium, former world number one Maria Sharapova’s match against Laura Siegemund was called to a halt for the same reason.

The Russian was trailing 7-6 (7-4) 5-5 in the Kooyong Classic clash when play was suspended and Sharapova said officials had “made the right call”.

Bushfires have ravaged Australia in recent months and led to concerns over the air quality at the year’s first grand slam, which begins on Monday.

Elina Svitolina, a quarter-finalist in Melbourne in each of the past two years, expressed her frustration at the perceived lack of action over the issue.

She tweeted: “Why do we need to wait for something bad to happen to [take] action?”.

The tweet was accompanied by a graphic which showed the air quality to be “very unhealthy”.

Why do we need to wait for something bad to happen to do an action   #Melbourne pic.twitter.com/bYpXyQAfKe