Here career was sidetracked by injuries for many years but today Jessica Pegula is in good health and reaching her peak form at the Australian Open. 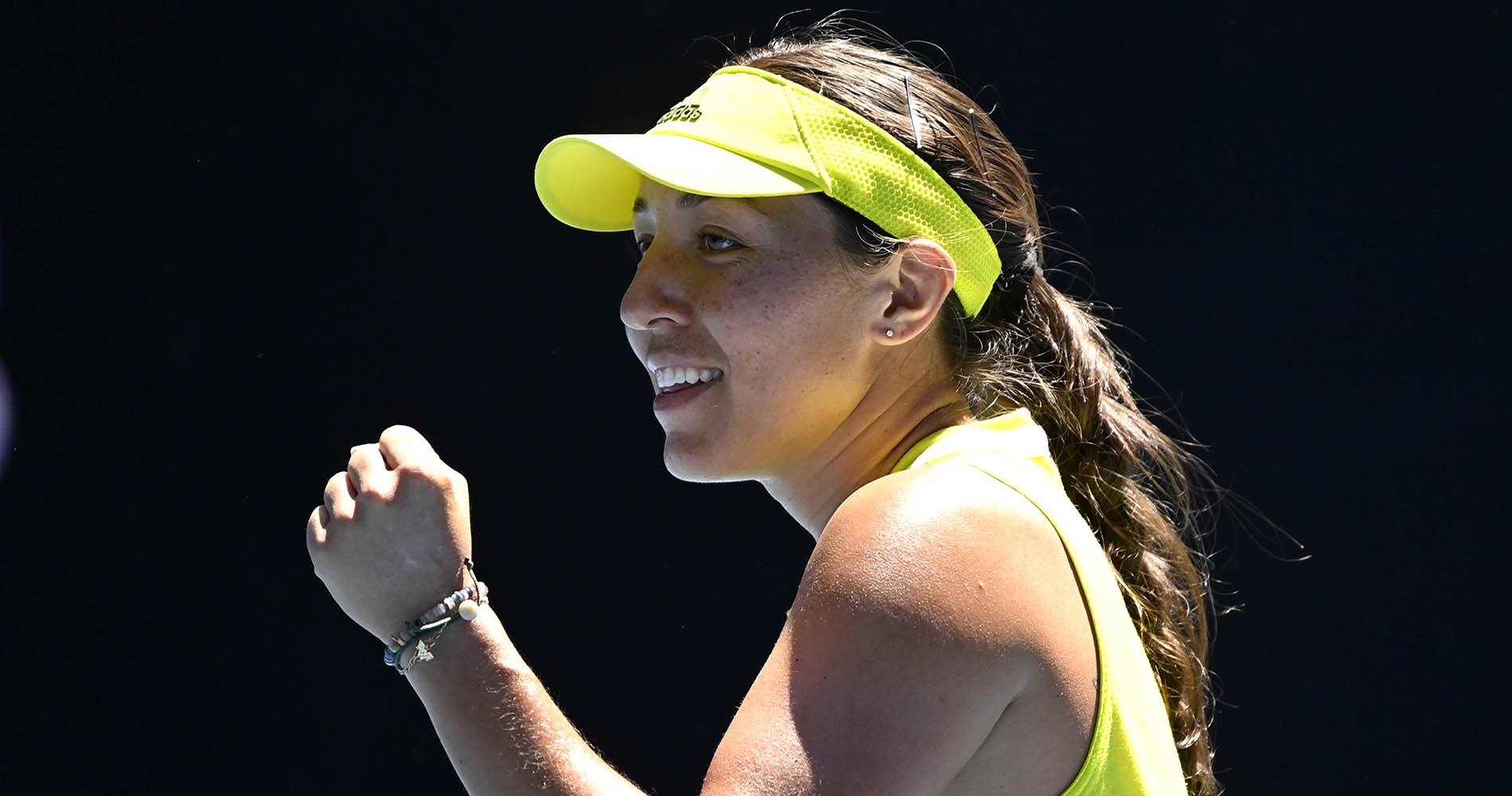 For years Jessica Pegula’s career was defined by setbacks. Today the 26-year-old Buffalo, New York native is finally known for a triumph.

Pegula, unseeded and ranked 61, battled past No 5-seeded Elina Svitolina 6-4, 3-6, 6-3 on Monday in Melbourne to book her first appearance at a Grand Slam quarter-final and her first ever top 10 win.

“This is going to be so hard”: Battling through the injuries

It has been a long time coming for the American, who has seen her progress towards the upper echelon of the sport twice sabotaged by debilitating injuries. Pegula missed major time due to injuries, in 2014 and 2017, and each time she suffered mentally as she watched her ranking plummet just as she was closing in on the Top 100.

Pegula, who will face compatriot Jessica Brady in the quarter-finals, had a knee injury that took her off the tour for a year and a half, just after she had made a career-high ranking just outside the Top 100 in 2013. Then she had hip surgery in 2017 after climbing back inside the Top 150, and saw her ranking drop again to well outside the Top 750.

“I definitely had a couple injuries,” Pegula told reporters last week after defeating Kristina Mladenovic to reach the second week of a major for the first time. “The last one, my hip, was definitely the hardest, the hardest to come back from. When it first happened, I first realized I was probably going to have to get surgery, I was like down and out for a couple days. [I said to myself]: I don’t even know if I want to come back. This is just going to be so hard.”

Healthier than ever, Pegula is now realizing her potential on one of the sport’s biggest stages.

Here in Australia she is following through on a rise that began last summer when she snapped her six-match losing streak at the Grand Slams and reached the third round of a major for the first time at the US Open.

On Sunday Pegula demonstrated her ability to control the court against a world-class defender like Svitolina. She had the Ukrainian on her back foot for much of the first and third sets, thanks to a willingness to step inside the court and go for winners. Pegula won 21 of 29 points at net and cracked 31 winners in total, including ten in the third set against just three for Svitolina.

“In the second set I started to over hit a little bit, I wasn’t really moving forward,” said Pegula on court after the match. “At the end of the second I think it was important I got some better games in there to kind of get some momentum in the third.”

Pegula raced out to a 4-1 lead in the third set but the ever feisty Svitolina rallied to get back on serve at 3-4, which is when Pegula played the shot of the match at 3-4 deuce with Svitolina serving. Pegula, who had squandered three break point opportunities in the game, feathered a perfect drop shot at the end of a physical rally to win the point. She unleashed a booming backhand to force a Svitolina error to break on the next point and served out the match in the next game.

Jessica Pegula making a name for herself in women's tennis. The unseeded 26-year-old American Into her 1st Grand Slam quarterfinal with an upset of No. 5 Elina Svitolina 6-4, 3-6, 6-3. First top 10 win & she earned it. Got risk/reward just right down stretch after some wobbles pic.twitter.com/LaCK0sxBI4

Pegula says that her experience at the US Open last year helped her realize she could win matches at the Slams, even when she wasn’t playing exceptionally well.

“I think I’m just peaking a little bit more right now with my game,” she said, “whereas US Open I was just competing really well.”

No longer held back by physical ailments, Pegula is finally taking big steps on the Grand Slam stage. When she faces her good friend and compatriot Jennifer Brady in the quarter-finals she’ll relish the opportunity that has been so many years in the making.

“She’s a great person,” she said of her fellow American. “She was texting me, I’m so happy, I’m so proud. This is awesome. … I think, again, it’s an opportunity for both of us. I’m just happy I’m here.”