As they appeared at an exhibition to raise funds for those affected by the Australian bushfires, Rafael Nadal announced a big donation. 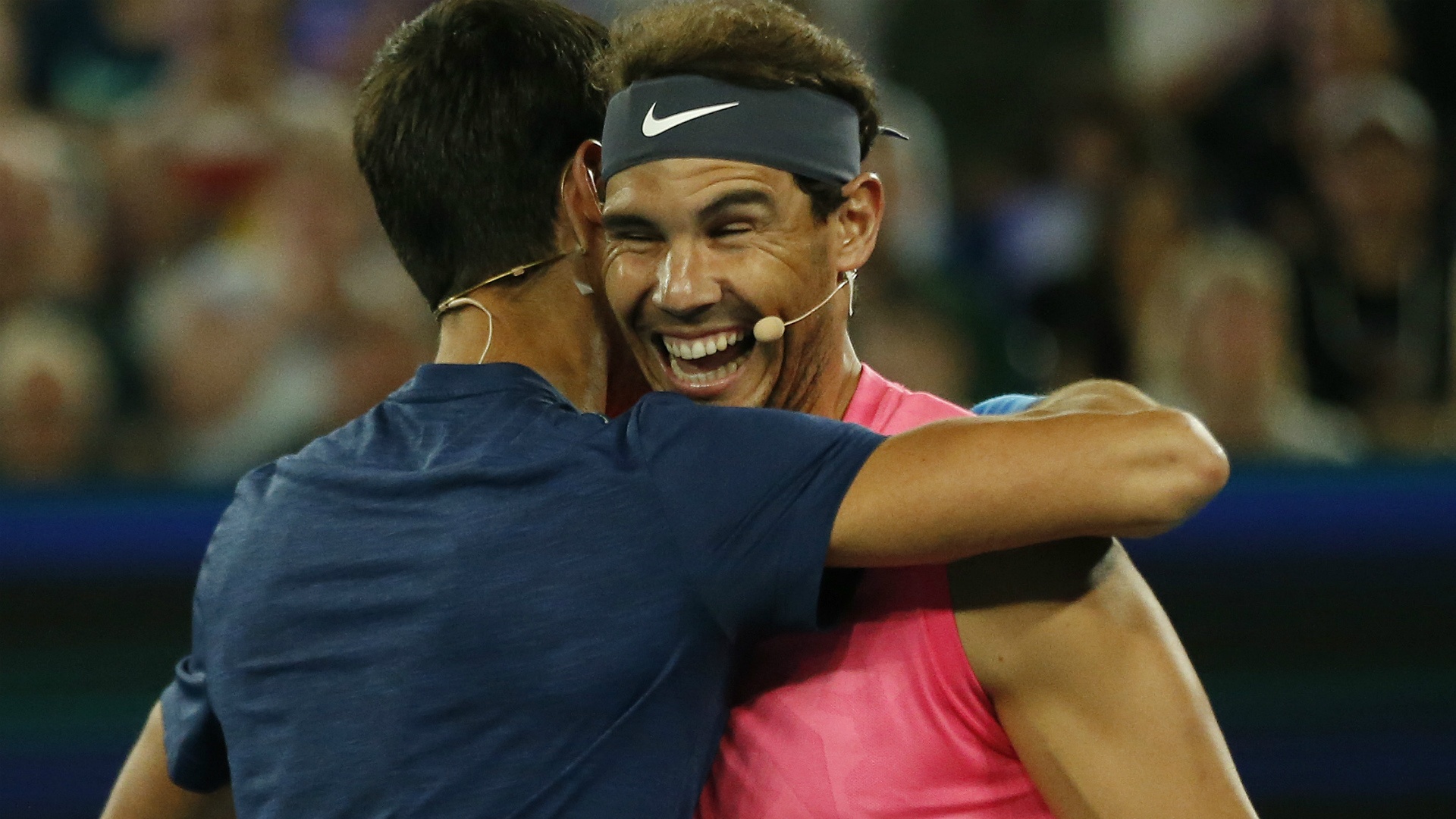 Rafael Nadal and Roger Federer have made a joint donation of 250,000 Australian dollars to the bushfire relief fund.

World number one Nadal announced the decision while taking part in the star-studded Rally4Relief event, which also included the likes of Novak Djokovic and Serena Williams.

“Talking with Roger we decided to give 250,000 Australian dollars to the fire relief together,” Nadal said when he was addressing the crowd.

“Hopefully that keeps inspiring the people to support this terrible disaster we are going through and helps to recover all the things that we need.”

Players have announced a range of ways to support the bushfire relief efforts ever since Nick Kyrgios declared he would pay $200 for every ace he hits during the Australian summer, as well as calling on Tennis Australia to organise Wednesday’s event.

Nadal, Federer and the other players involved took part in a series of matches and challenges while wearing a microphone to entertain the Melbourne crowd.

Williams donated all of her Auckland Open winner’s earnings and each of the dresses she had worn during the tournament after her victory in New Zealand last week, while Djokovic has also made a contribution.

The event came after Australian Open organisers imposed a two-hour delay on the start of qualifying matches due to the “very poor” air quality.

Bushfires across Australia have resulted in the deaths of at least 28 people, while an estimated 10 million hectares of land has been burned since July 1.

The Rally4Relief helped the overall fund reach just under $5million

Federer said: “Incredible number, so much needed, hope it keeps going. The Australian Open is only just around the corner now and hopefully much more money will come together. This was definitely an incredible kick off.

“This country all comes together for other people and that is a true inspiration for other countries around the world who are watching this now.”