Nadal shrugs off Kyrgios’ impersonation, Australian says sorry to his own team for ‘d***head’ behaviour

Nick Kyrgios was on lively form, impersonating Rafael Nadal and aiming verbal abuse at his own coaching team, in an Australian Open victory. 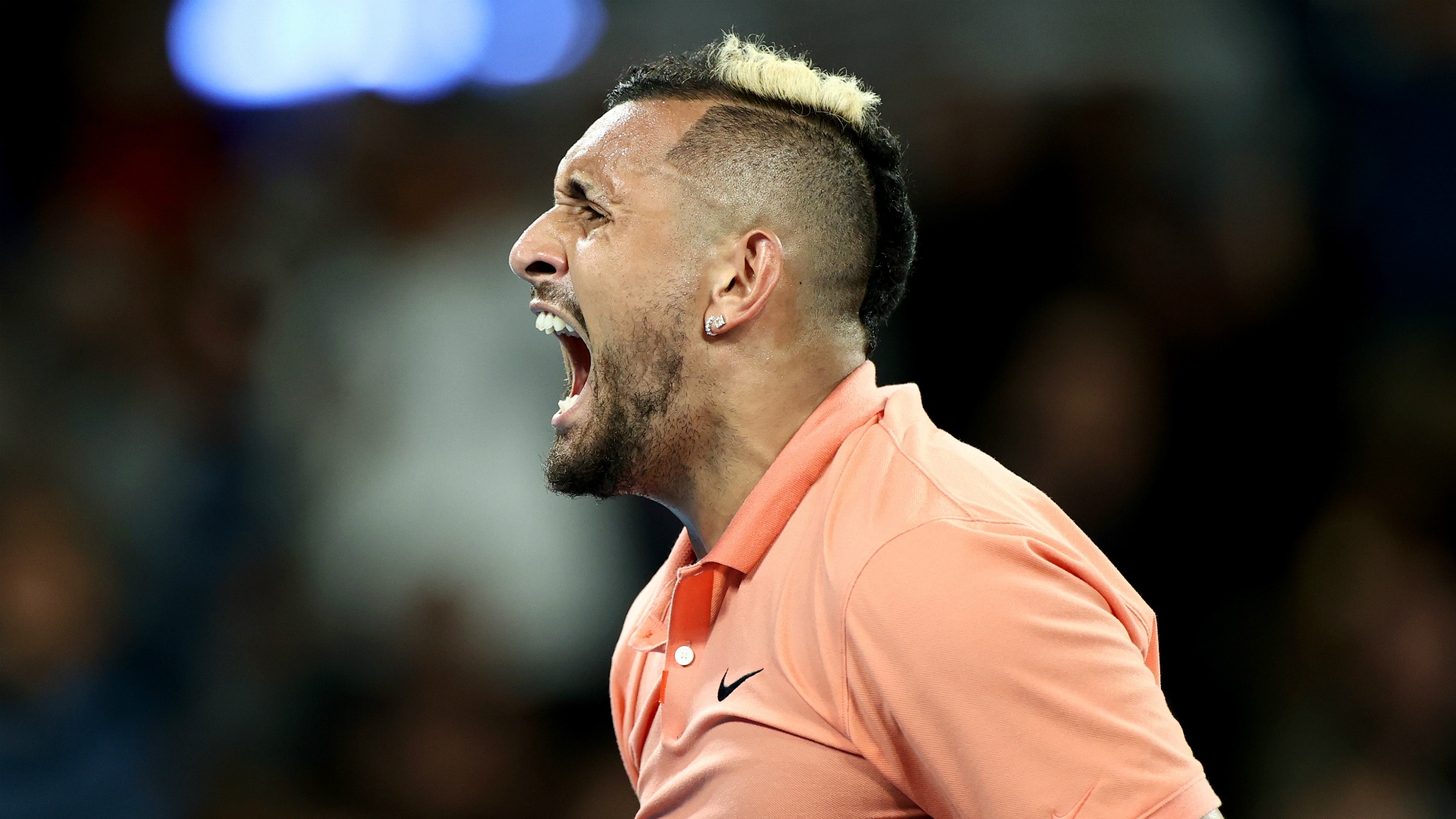 After being called out for a time violation when serving in his second-round match against Frenchman Gilles Simon, Kyrgios began acting up as he mimicked some of the between-point twitches Nadal is known to express.

His unspoken point appeared to be that world number one Nadal gets an easy ride from umpires given the time he can take to settle before serving.

Chuntering and flicking at his hair, grabbing at his shorts, Kyrgios’ obvious impersonation of teh Spaniard even amused the chair umpire who had issued the time violation.

That was towards the end of the second set, and Simon tried a similar routine in the third when he too was picked up on his time between points, with Kyrgios creasing up in amusement.

Nadal may privately take a dim view, and it might strengthen his resolve to knock Kyrgios out of the tournament should they meet in the fourth round.

They are each a win away from making that head-to-head a reality, and when asked about Kyrgios’ conduct, Nadal said: “I really don’t care. I am here to play tennis. Honestly, I don’t care at all. If [it] was funny, good. That’s it.”

Kyrgios was asked whether he thought he made his point well to the umpire.

“I know what you’re getting at,” the Australian said in his post-match news conference.

“That’s part of my motion. So I started my service motion. There wasn’t any extracurricular activities I was doing before my serve to waste time. I mean, it happened. That’s the ref’s discretion whether I went over the clock or not.”

“The whole tennis world is behind it now… everyone deserves a bit of praise.” @NickKyrgios leading from the front for the #Aces4BushfireRelief fund

Kyrgios then made a revelation after he was asked whether his or Simon’s take on Nadal was the better.

Such behaviour may charge up Nadal for their possible showdown, but it was little more than an amusing aside in a four-set win for Kyrgios.

The 23rd seed knows he must keep his cool in Melbourne, given he received a suspended 16-week ban last September for a series of incidents where his conduct overstepped the line, but he insists that prospect is not on his mind.

“There were a couple times when I went overboard, I think, last year which caused the probation. It’s not like I’m doing it every match,” Kyrgios said. “No, I’m not thinking about it at all.”

Kyrgios was unhappy with himself, however, for aiming a brutal verbal volley towards his team in the players’ box after dropping the third set, when he slated their words of support.

According to reports, Kyrgios condemned his team for telling him to “stay tough”, twice hurling an expletive their way and sarcastically saying their suggestion was “so creative”.

“My behaviour towards my box tonight was not acceptable. In my next match, I don’t want to do that,” Kyrgios said.

“I was being a bit of a d***head to them. I apologised as soon as I went back into the locker room. They don’t deserve that. They do a lot of things for me on and off the court.”