Home » News » On Australia Day, The Barty Party Rolls On in Melbourne

On Australia Day, The Barty Party Rolls On in Melbourne

It wasn’t easy — is it ever going to be at your home Grand Slam? — but world No. 1 Ashleigh Barty is through to the Australian Open quarterfinals for the second year running, overcoming a valiant effort from Alison Riske 6-3, 1-6, 6-4. 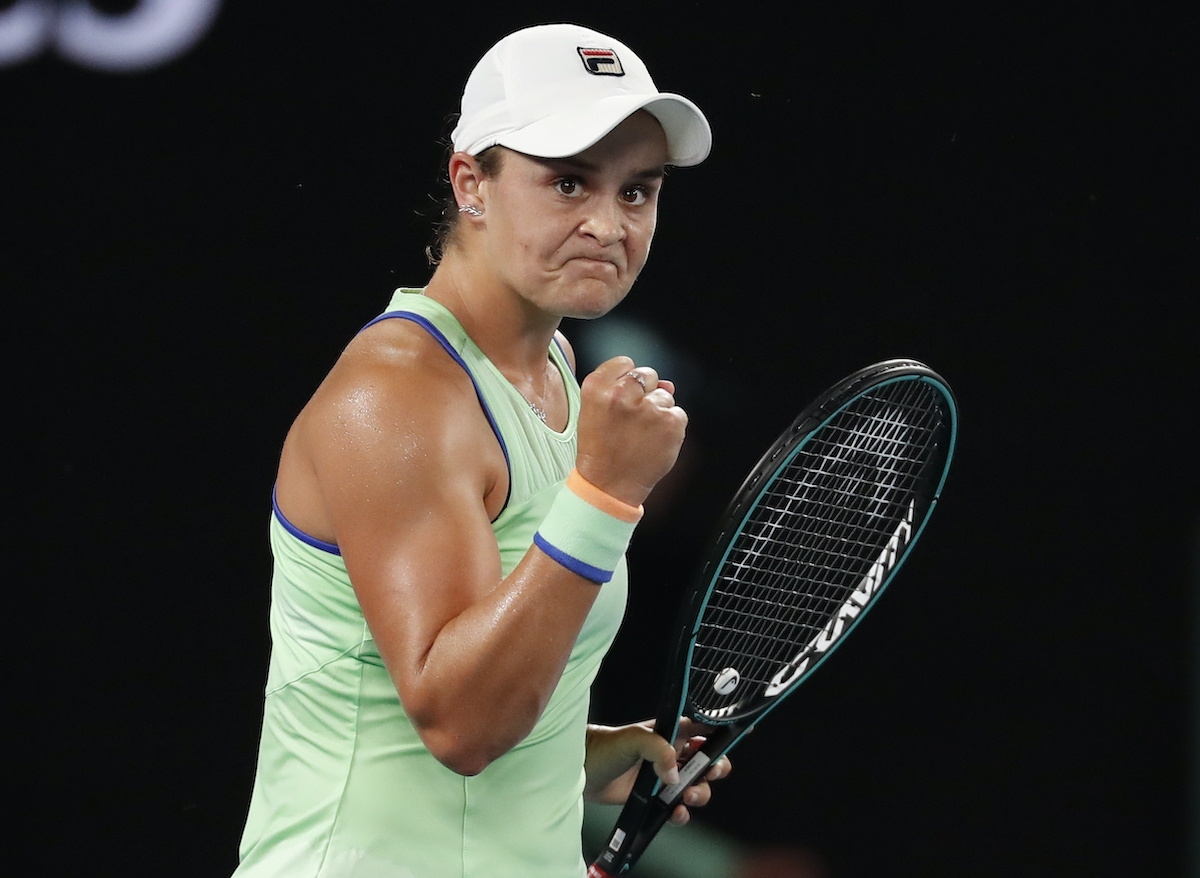 For the second time after her first-round, come-from-behind win against Lesia Tsurenko (5-7, 6-1, 6-1), Ash Barty had to go the distance in this tournament. She didn’t pass the Alison Riske test with flying colours, but she passed it (6-3, 1-6, 6-4) and it’s all that matters to her, surely.

As a matter of fact, Barty was carrying a 0-2 record against Riske coming into this match, having notably lost their Wimbledon meeting last year.

The Aussie started well, taking a comprehensive 6-3 first set and showing no signs of her past struggles against the American.

But while Barty had a 30-minute slump, Riske spectacularly picked up her level in the second set (going from a -9 to +1 winners/unforced errors ratio) to send the match to a decider.

Ali Riske cleans up her game in the second set and Ash Barty’s groundies go awry.

The American pockets the second set 61 and we go to a third!

There were a lot of momentum changes in the third set as Barty stroke first, taking a 4-2 lead, and although Riske came back again, it was the Aussie who clinched the last break (and game) of the match on a double fault from Riske.

Title expectations may be rising round after round for Barty, but spare her from them for now.