Benoit Paire was not happy with Tennis Australia after losing to Egor Gerasimov in round one of the Australian Open on Monday afternoon. 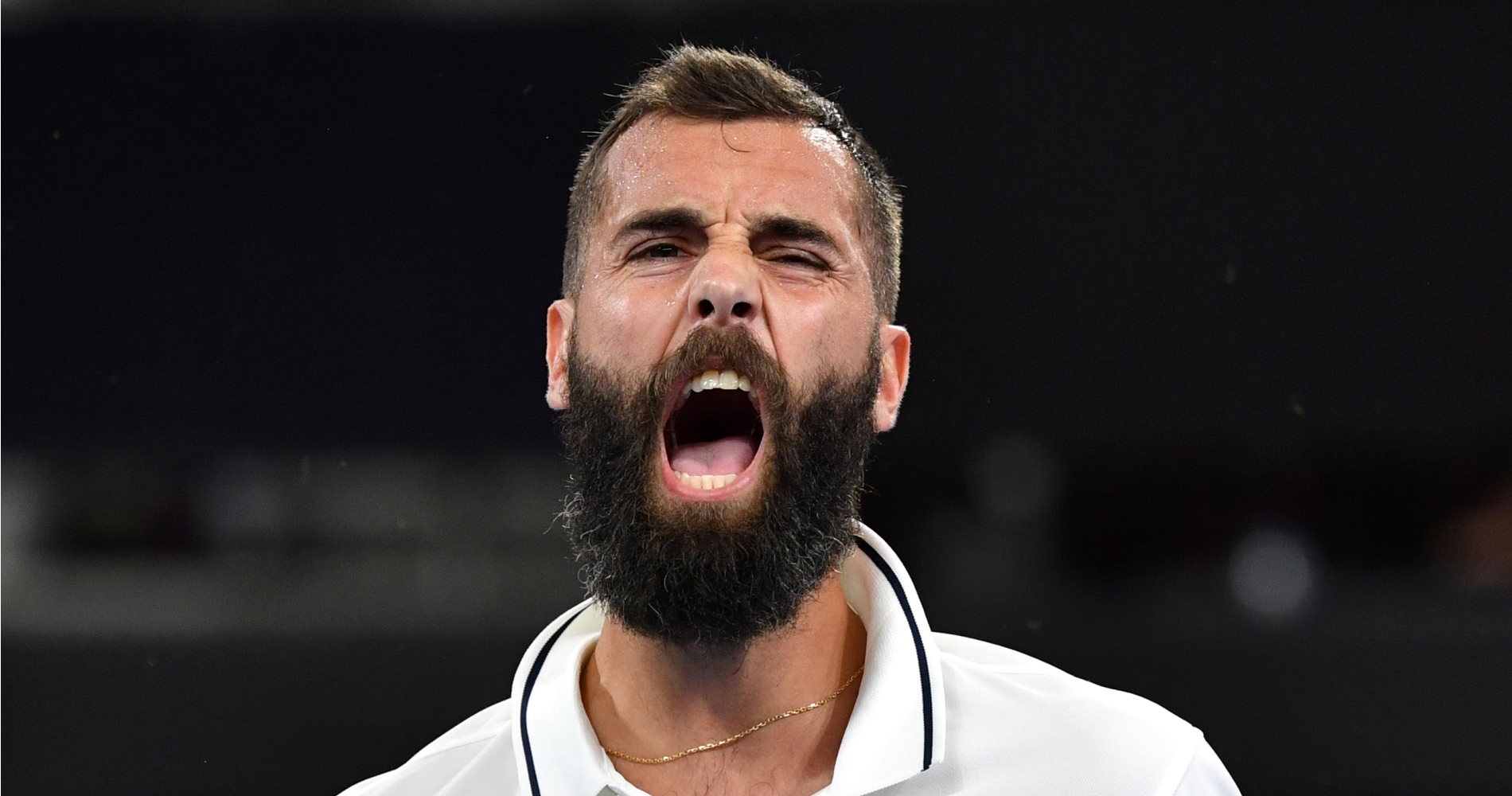 Afterward, the Frenchman argued that the tournament itself has also been double-faulting left and right.

Paire did not hold back on Tennis Australia following his 6-2, 2-6, 7-6(5), 7-5 ouster at Gerasimov’s hands on Monday. The world No 28 complained about being forced to quarantine for two weeks upon arrival in Melbourne, where he was one of 72 players who were unable to leave their hotel rooms — not even for practice — for 14 days.

“Their tournament in my opinion is shitty,” Paire stated (translated from a French interview with L’Equipe). “My game and attitude today were OK, but overall I’m very disappointed by this event. I didn’t sign up for this. I signed for a protocol where I would be able to practice for 14 days.”

Unlike many players who were able to leave their rooms for five hours per day to practice and train, Paire was on a flight to Australia in which someone on board tested positive for Covid-19. Thus everyone on that flight was forced into hard quarantine, although the 31-year-old. does not think that should have been the case.

“There was also a positive case on the flight to Adelaide, but there they didn’t have to quarantine. There should be the same rules for everyone. I do not understand why there is not. It’s not fair for everyone. It’s not fair. It’s a scandal. Short preparation…. Really, in my opinion, this tournament is shitty. I still have difficulties understanding how you can organize tournaments and people don’t feel welcome. They have a huge loss if they don’t organise the tournament, so they have to do it whatever the cost. It’s about money.”

“Most of the players come and think, ‘Oh there’s a little money to make here,’ so they come. I’m the first among them. But at the end of the day, if you have to make so many sacrifices and it still turns out so badly, with such mayhem, at some point you just have to say ‘stop.’ I don’t quite understand where we are going, I don’t quite understand what ATP is doing. It becomes almost grotesque. For me, tennis is not that. Frankly, I’m not enjoying it.”

Paire wasn’t enjoying it even before his loss on Monday. He had previously aired his frustrations on Twitter.

Paire’s frustrations date back to last year, when he struggled to find motivation playing tennis with either no fans at all or at best a limited number of fans. Even after ending a losing streak by winning his first-round match at Roland-Garros, he was not satisfied.

“It’s a win, it’s good, but I’m not the happiest in the world just because I won this match,” he said after beating Soonwoo Kwon. “It’s cool to win at Roland-Garros, but what I love is sharing with the public — like last year. I felt exceptional emotions (in 2019).”

Paire reiterated those thoughts during a recent Instagram Live session with fellow Frenchman Nicolas Mahut, his teammate at the ATP Cup.

“Honestly, I’m bored watching tennis right now. There are a lot of players, I don’t enjoy watching them. Especially without an audience, without an atmosphere, frankly it’s sad.”