The start of the 2021 tennis season appears to be in jeopardy as reports have surfaced that players will not be allowed to quarantine in Australia in December. This could potentially push back the start of the season or cancel previously scheduled tournaments. 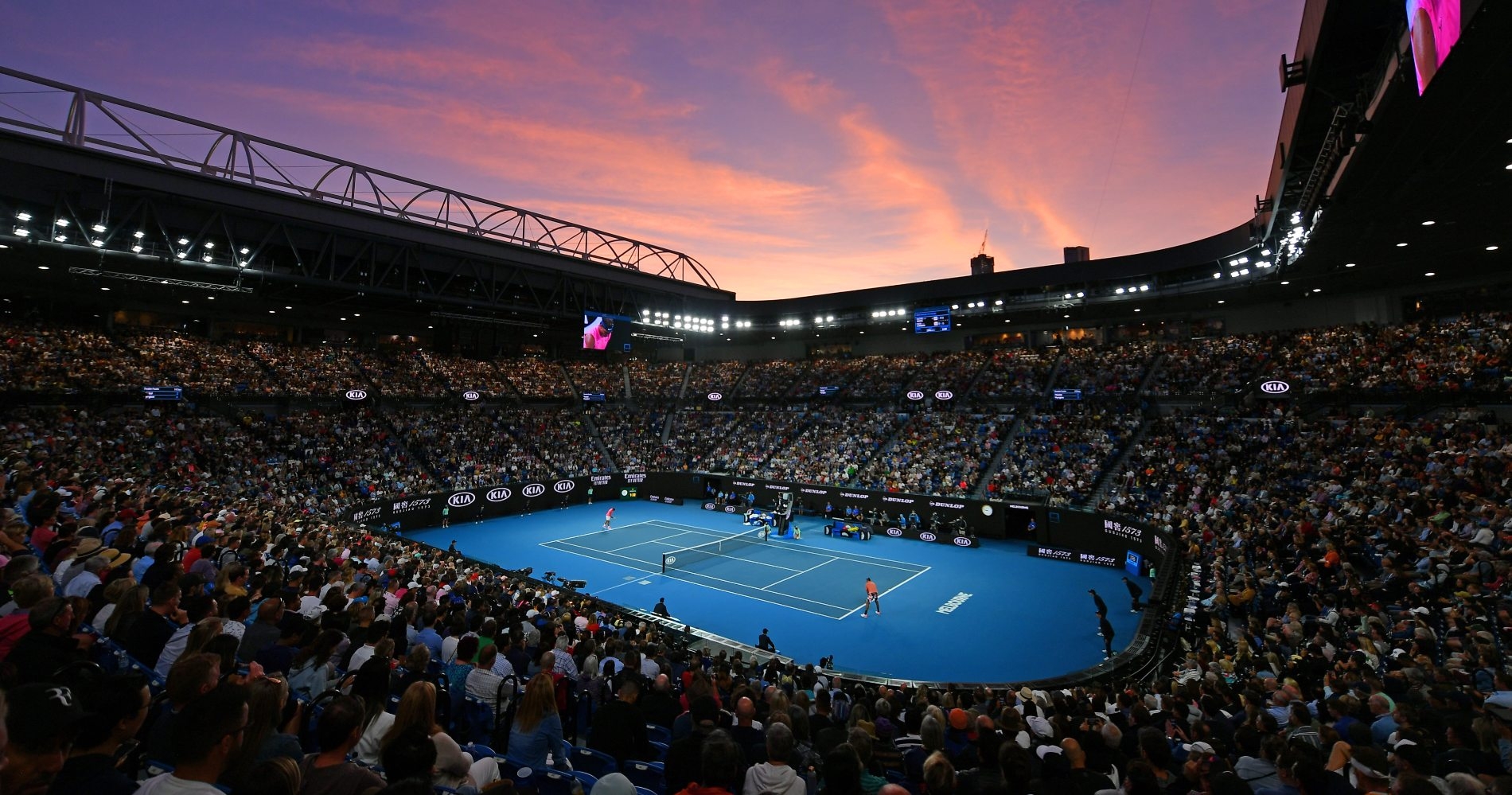 A view of the Rod Laver Arena at sunset

Newly-hatched plans to move all Australian tennis events to Victoria in January appear to be under threat as tennis players will not be permitted to enter Victoria in the month of December.

The decision could threaten all events to be held in January, or potentially force the tennis tours to push back their calendars by several weeks.

As first reported by Paul Annacone and Tennis Channel on Tuesday evening, the state government has told Tennis Australia that it will not allow players to quarantine in Victoria in December. Most players have already made plans or are in the process of making plans to come to Australia in mid-December in order to finish their mandatory two-week quarantine before the start of the 2021 tennis season in the first week of January.

Tournament director Craig Tiley confirmed the news in an email on Wednesday, in which he wrote: “We are currently seeking further details on what this means for the first two weeks of January and whether we will be able to run tournaments during this time.”

Breaking News: The Australian Government is not allowing tennis players to enter the country in December.

Under the recently released plan to move all events to the state of Victoria, players could have theoretically been free to move about the province once they had completed their fourteen days of quarantine without a positive Covid-19 test result.

But the plan was not officially recognised by the state government. Victorian premier Daniel Andrews has since called the report “pretty speculative.”

“The notion that it this is all tied up with a bow, it’s a done deal. That’s simply wrong,” he said.

Public health is Andrews’ main concern and the tennis tours haven’t exactly gained good faith after displaying blatant disregard for the seriousness of the pandemic during the Adria Tour this summer and in Russia, when American Sam Querrey fled the country against the wishes of officials after a positive test.

Andrews believes that a deal will happen to hold the Australian Open, but it’s not exactly clear what the fate of the warmup tournaments will be.

“We are working very, very closely with Tennis Australia,” he said. “They are working with all of their partners, we’re confident that we’ll finish up with an Australian Open. It’s a very important event, but there’s a lot of work to be done to make sure that’s as safe as possible, not just for the broader Victorian community from a public health point of view, but it’s got to be safe for those who are involved in the event, staff who work there. It’s a massive task so there is more work that has to be done and we’re deeply engaged with Tennis Australia and others to get that outcome and when that work is finished, we’ll be able to say more.”

Today’s news makes it clear that the status of tennis in Australia is on thinner ice than was first suspected. American ATP player Mitchell Krueger released an internal memo from the ATP that was distributed to all players:

“In discussions with Tennis Australia over the past 24 hours, we have been informed there are some new challenges around the previously planned arrival dates for players and team members,” the memo read. “We continue to work with Tennis Australia on confirming plans for January, and we will provide an update as soon as more information is available in the coming days.”

“They are being very cautious as they should be,” Annacone, who personally talked to Australia Open CEO Craig Tiley, said. “The average daily rate of infection in Melbourne for the last 14 days is zero, and they don’t want to jeopardize that. They are working with Tennis Australia to figure out what could be done – when, why and how.”