New year, New Zealand, new Serena: Serena Williams returned to the winners’ circle on Sunday in Auckland, where she claimed her first title in nearly three years. Is this the turning point for breaking through her recent Grand Slam mental barrier? 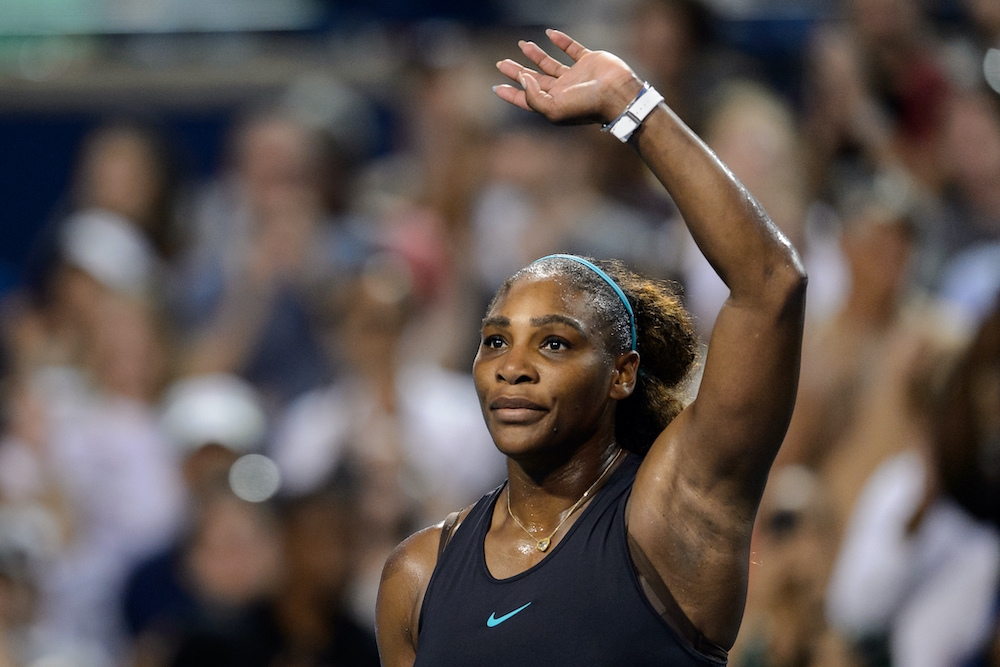 TORONTO, ON – AUGUST 07: Serena Williams (USA) waves to the crowd after her second round match of the Rogers Cup tennis tournament on August 7, 2019, at Aviva Centre in Toronto, ON, Canada.

Love lasts three years, as the saying goes, and so did the longest title drought of Serena Williams’ career.

On Sunday in Auckland, the greatest player of all time clinched a 73rd title that would have been simply anecdotal if it hadn’t come nearly three years after the 72nd — the 2017 Australian Open.

In a stage of her career where the quest for Grand Slam and tennis history has become single-minded and nearly obsessional, Serena Williams felt the need to start back at the lowest tour-level category of tournaments to get her hands on a trophy, whatever the trophy, and dispel the painful spectre of four Grand Slam final losses in the span of just a year and a half.

She did so in Auckland, her first campaign of 2020, dropping just one set the whole week (in the round of 16 against Christina McHale) and overcoming a slow start in the final against Jessica Pegula (6-3, 6-4) for her maiden title as a mother.

“Winning the Auckland title was important for Serena because she hadn’t won a title in three years,” her coach Patrick Mouratoglou said. “She needed to get back to the winners’ circle, whatever the tournament level. Serena’s three-year drought mainly finds its explanation in her pregnancy and the complications that followed… plus, it took her some time to get back in form afterwards.

It’s quite the sweet victory, all the more so coming just a week from the Australian Open. But beyond the win, I particularly liked her attitude, which I thought was exceptional the whole week. It’s refreshing seeing someone who’s won as much as she’s won still leave it all out there in the equivalent of an ATP 250 tournament.

I found Serena’s level very high the whole week, which means the preseason camp in Florida was fruitful. She turned up mentally for every big moment. She’s in shape physically, hits the ball very clean and each of her shots is aggression-driven. She impressed me just as much in the semis [6-1, 6-1 against Anisimova] through her quality of play, her energy and the speed of her ball than when she struggled against McHale and Pegula and was forced to step up physically and mentally.

Despite the past final losses, I didn’t find her that much different from usual prior to the final — well, she was particularly focused during my pre-match brief, so there was perhaps a little bit of stress, but that’s it.

There definitely was some tension in the beginning of the match. The final was a sort of metaphor for a career. She quickly found herself a break down, wasn’t playing well, her opponent [Jessica Pegula] was being very solid, and she still problem-solved and won that title she so desperately needed.

There’s no doubt she will build on that for the next finals, and so will I. If she were to play another Grand Slam final, which will be the goal as soon as in Australia, I believe she will be less tense and will be able to find solutions because she now has the experience from that Auckland final win under her belt. There’s a world of difference between what you think you’re still capable of doing and actually having done it again.”

As Melbourne looms and history awaits, it’s once again all about the quest for that elusive record-tying 24th Grand Slam. But can Serena Williams, who turned 38 last August, still sustain both a high level of tennis and fitness for a whole fortnight? Patrick Mouratoglou reckons so, stating that she’s in a better place physically than at any other point the last three years.

“She had a strong preparation this December in Florida and completed it with a lot of matches in singles and doubles in Auckland, where she had to defend and be able to move well. I would say she’s at 90% physically right now, and she will be at 100% for Melbourne, which hadn’t be the case ahead of a Major in quite a long time.

We traveled from Auckland to Melbourne on Monday and she rested up on Tuesday. Until Melbourne, we will do two hours of high-intensity tennis and some cardio every day.”

Serena Williams is back to winning trophies. Now she looks ready to do it again in the grandest of stages.