Russia’s Aslan Karatsev has become the story of the 2021 Australian Open thanks to his remarkable run to the semi-finals. Join us for a look inside the numbers of one of the most improbable Grand Slam runs in recent memory. 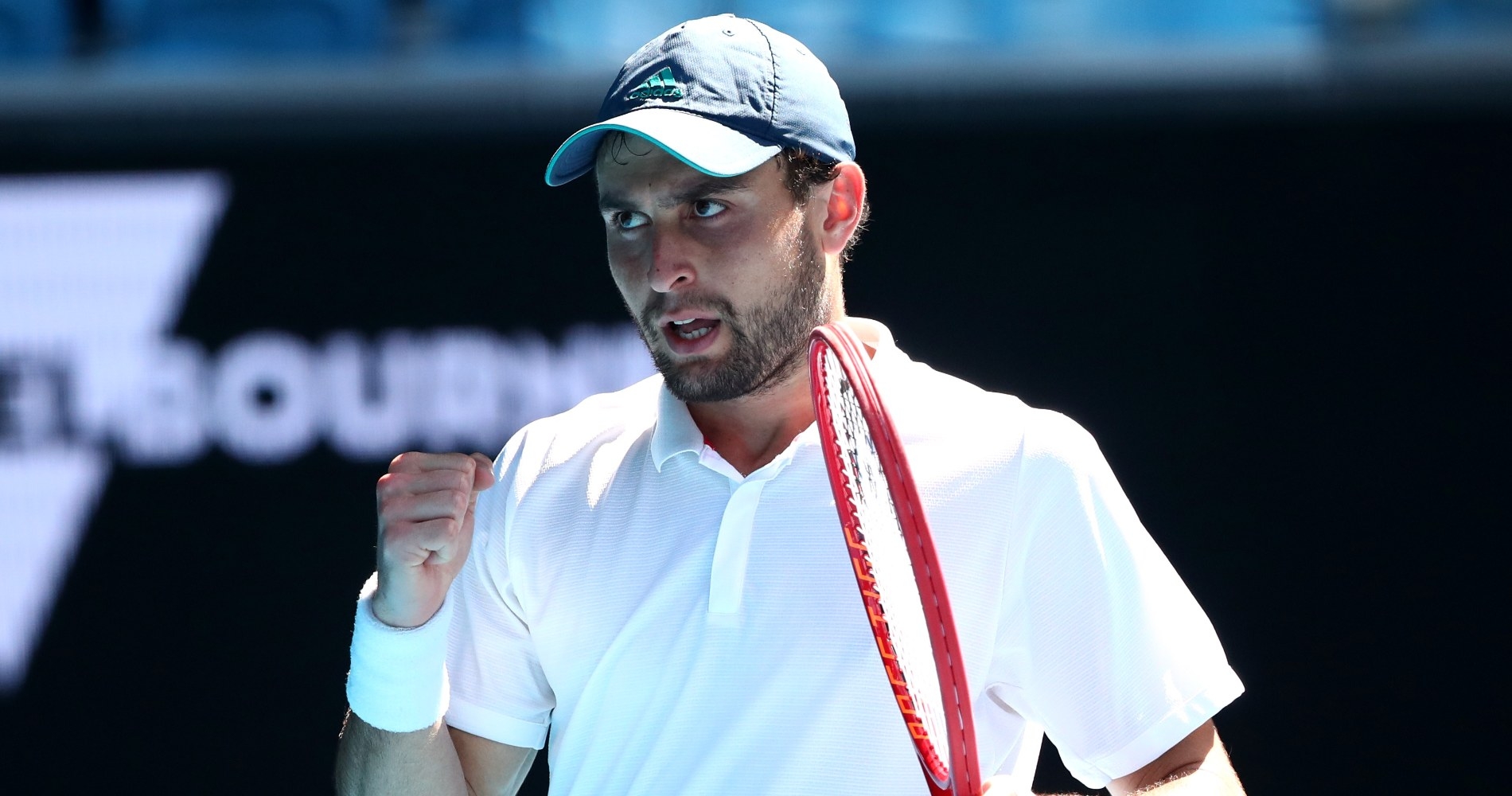 It’s official: Aslan Karatsev is the greatest Grand Slam debutant in ATP history. The Russian is into the semi-finals at the Australian Open in his first main draw at a major. Let’s have a look at some of the amazing statistical achievements that the 27-year-old’s dream run has produced.

Aslan Karatsev
➡️Ranked #253 after the pandemic break
➡️#114 now
➡️Qualified in Doha
➡1st *ever* player to reach the SFs on his Grand Slam debut
➡️5th ever qualifier to reach a Slam SF.
➡️ Will rise to inside the top 50 next Monday.

One of the best stories in recent years pic.twitter.com/WzJ63tHCmp

A stunning debut: Karatsev was just the seventh ATP player in history to reach the quarterfinals of his debut Grand Slam in the Open Era, but after his four-set win over Grigor Dimitrov on Tuesday in Melbourne, he is the first to reach the semis.

All the way from qualies: When Karatsev took out Grigor Dimitrov in four sets on Tuesday in Melbourne he became the first ATP qualifier to reach the semifinals of a Grand Slam since 2000!

He’s the fifth ATP qualifier in history to reach the semis of a Grand Slam.

Here are the other five:

It took Karatsev forever to qualify: Karatsev failed to qualify in his first nine attempts at the majors, starting in 2014 at Wimbledon. Three times he reached the final round of qualies, but never made it through until this year, when he ended up winning his three qualifying matches, which were held in Doha in January.

Lowest-ranked men’s singles semi-finalist in 20 years: Karatsev has become the lowest-ranked man to reach the semifinals at a Grand Slam since No 125 Goran Ivanisevic at 2001 Wimbledon.

History for Russia: Karatsev, along with Andrey Rublev and Daniil Medvedev, have achieved a remarkable feat for Russia. They formed the first trio to ever reach the quarterfinals at the same Grand Slam in the Open Era, which means there will be two Russians in the men’s singles semi-finals of a Slam for the first time since 2006.

A Russian double: Karatsev will join either Rublev or Medvedev in the semifinals to form the first Russian duo to reach the semis of the same Slam since 2006, and just the third Russian duo to reach the men’s singles semis at a Slam, overall. Yvgeny Kafelnikov and Marat Safin achieved the feat at the US Open in 2001; Nikolay Davydenko and Mikhail Youzhny did the same at the US Open in 2006.

First top 10 win: Karatsev had never faced a Top 10 player before the Australian Open, but when he did he emerged victorious, taking out Argentina’s Diego Schwartzman in the third round.