Dominic Thiem yet again fought back from two sets down to beat a highly entertaining Nick Kyrgios in a classic late night match at the Australian Open. 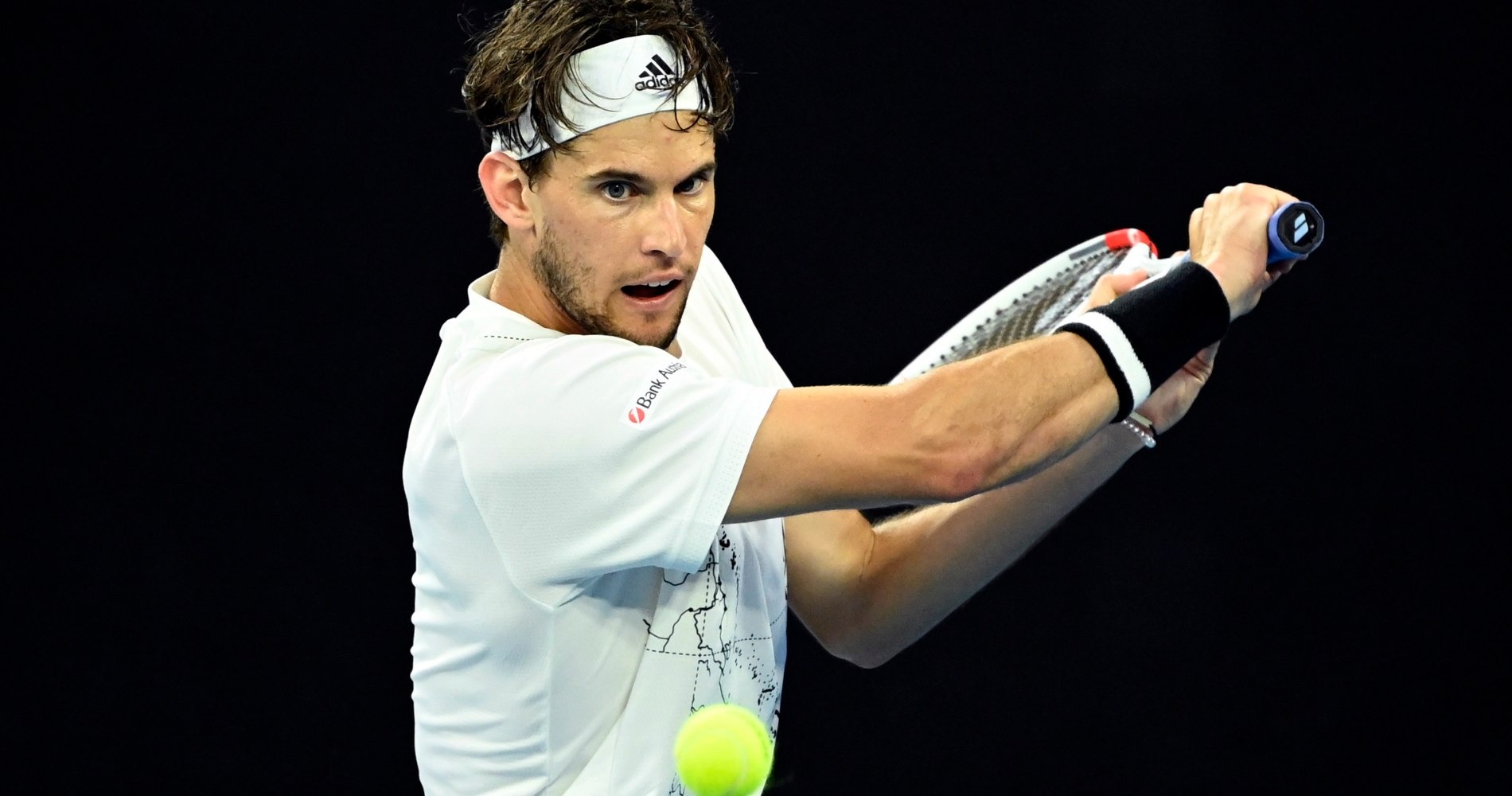 The match began in true Kyrgios fashion – an underarm serve, tweener and drop shot in his opening service game after breaking Thiem.

If the raucous crowd on John Cain weren’t ramped up to fever pitch beforehand, the Australian certainly had them up to maximum volume from the outset.

It wasn’t only the spectators who were fired up, Kyrgios letting out a roar upon holding again for a 4-2 advantage. Finding his rhythm on serve, the Australian fired down successive aces en route to another love hold, and successive serve and volley plays secured an entertaining opener in his advantage.

Into the second and the heavier hitting off both flanks were coming from the Kyrgios end of the court, Thiem digging deep to stave off another break point. Kyrgios was increasingly becoming a puzzle that Thiem was finding hard to solve, the home favourite putting pressure on the Austrian’s service games.

With the crowd again reaching fever pitch, Kyrgios forged two more break chances at 4-4, and the decibels rose even higher as relentless power hitting forced the error from the Thiem racket. If crowd power could win matches, those inside John Cain were carrying their man home, an incredible underarm service securing a two sets to love advantage.

“I was already dealing with the loss, you know, it was first of all the first match against Nick and here on is favourite court with an amazing crowd,” said Thiem after the match. “I think there are easier things to do! So for sure that’s one of the tougher challenges we have in our sport as you never know what’s coming. He’s a huge player when he’s on fire like today, so honestly I was dealing with the loss already, but somehow I was fighting myself in the match and since the US Open, you know impossible is nothing.”

An underarm ace to win the set 🤩

Does it get more Nick Kyrgios than this?#AusOpen

All the momentum now appeared to be with Kyrgios, Thiem staving off two more break points. Then a first dip in focus for Kyrgios, Thiem raising his game to forge his first break of the match. It proved enough to pull back a set.

Thiem has come back from two sets down to win on four occasions, most notably in the US Open final against Alexander Zverev. A mental aberration from Kyrgios gave him the opportunity, another outrageous tweener on game point attempted when he had an easy put away. It allowed the Austrian back, and he broke before serving out for two sets apiece.

The decider was a predictably tight affair, but despite the home crowd doing their level best to raise Kyrgios for one final push, the momentum was always with the Austrian and Thiem grabbed the vital break in the seventh game.

And as with the opening four sets, a single break again proved decisive, Thiem serving it out for a place in the last 16 and a meeting with Grigor Dimitrov.

“That match showed me, that US Open, that giving up is never an option, there is always a chance as today I was so close to losing. If he breaks me in the first game in the third set the match is over. But I was fighting still and then with the break in the third set I realised that maybe there’s a chance to turn it around.”

For vanquished Kyrgios, it was a case of what might have been, although he can rightly be proud of his efforts having played so little tennis over recent months.

“Again, it was an amazing atmosphere. I thought I was able — obviously with the announcement today about lockdown, I — (audio difficulties). The energy out there was special. But, I mean, I’m still proud of myself. You know, I took 13 months away from the game, and to produce that level and go toe to toe with one of the best players in the world, I’m pretty proud. I left it all out there. I actually physically felt pretty good. I’m sore now.

“He’s a hell of a player. He’s so disciplined. He’s so composed. His level doesn’t drop. It is what it is. Couple points in it. I’m not disappointed at all. I’m super proud of everything I’ve done the last couple of months to get ready for it. And, you know, good luck to him. I hope he does well, because he’s a hell of a player.”

What a ride it was with @NickKyrgios 👏🙌

We already can't wait to see you back 🇦🇺#AusOpen | #AO2021 pic.twitter.com/ZiPMhPBcjM