Novak Djokovic has a lot to lose in this Australian Open final, but Thiem is also fighting history. And the result could also shift the powers to be on Tour. 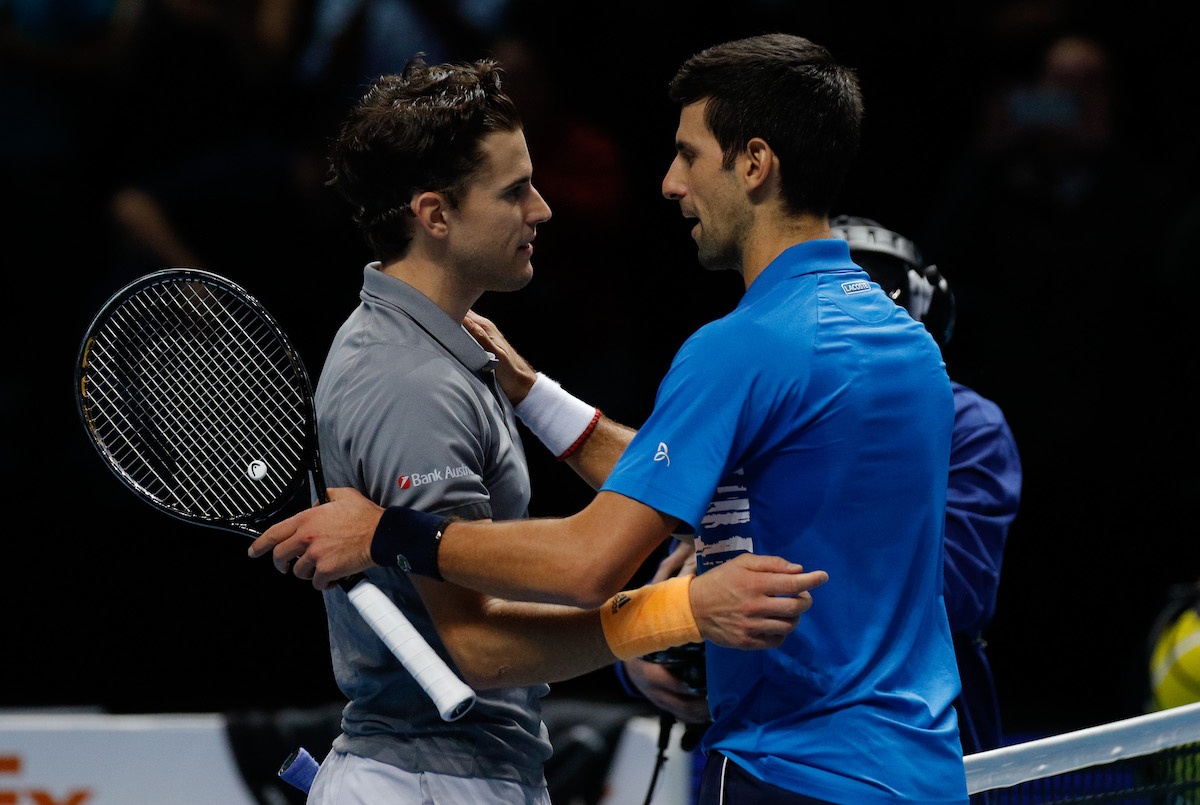 There will be no takeover of the “NextGen” in Melbourne, we already know that. But there still may be a revolt of the generation of Dominic Thiem, the one who failed to get out of the clutches of the Big 4, the one who is still suffocated by the Big 3 and the one who now sees the “Baby Generation” on the hunt. Thiem, 26, with so much power that one imagines he has a bionic arm, has again to take a Major from one of the members of the Big 3 on Sunday if he wants to claim his first Grand Slam title.

More precisely, he has to take it away from Novak Djokovic on the Rod Laver Arena, where the Serb has never lost a final and holds a record of seven titles there. Easy no? Facing Thiem, it is not only the titleholder who will stand up but a Djoker who knows that in case of victory he will take back the throne from Rafael Nadal, and will also continue to close the gap in his race for the record of titles of Grand Slams compared to Roger Federer and Nadal. If he beats the Austrian, he would indeed push his collection to 17 major trophies, nearing Federer’s 20 and Nadal’s 19. It’s a lion with all teeth out who is likely to throw himself on Thiem.

This final is a battle of eras: the Big 3 one against the younger wave. It’s a question of the new guard finally making a step of the golden one keeping the reign alive. Djokovic, Nadal and Federer have won the last thirteen Grand Slam titles and in Melbourne, since the Swiss title in 2004, they have let go of only two editions: in 2005 (Safin) and 2014 (Wawrinka). Let’s be clear: On Sunday, Thiem has to climb Everest with his bare hands. But Nicolas Massu’s protégé has reasons to believe that he can win his first Grand Slam title after the two Roland-Garros finals lost to Nadal in 2018 and 2019.

To become the first player born in the 1990s to win a Major, he will have to repeat the fully committed and nearly perfect performances which helped him to win four of his last five battles against the Serb. And he will also have to repeat the show of mental strength seen in the quarter-finals against Nadal. He has already beaten “Nole” in Grand Slam and that makes a huge difference, just like having beaten him on a fast surface at ATP Finals last year. He can win the physical challenge against Djokovic, he can use this one-handed backhand that the Serb doesn’t like and he can, thanks to the heaviness of his top spin on the forehand, protect himself from the video game-like pace of his rival. Thiem is also unpredictable, and the Djoker hates it. In “Domi” ‘s game lies the stress factor one needs to put on Novak to have a chance to beat him. Playing the best tennis of his life since last year, getting more confident and more mature, Thiem can win that match if his guts stay strong.

For Novak Djokovic, things are both straightforward and tricky. Straightforward, because he leads 6-4 in their confrontations and knows how to take apart the this opponent’s power: he needs to play fast, long and to always put Thiem on the run, to always rush him so he doesn’t have time to settle. It’s also straightforward because he is not only the best hard court player of the two but probably the best hard court player in the history of the game alongside Roger Federer. But, still, the trap is real because Djokovic will have to send iced-cold tennis on the intensity of an ultra physical player who is six years younger.

The trap is again there because all the pressure is on his shoulders: he is the boss of the place, he is the man who can become the first of the Open era to win a Grand Slam title in three different decades, and the one who dreams to complete the calendar Grand Slam on its way to the Majors record. If he loses, it will also be a big blow to the grip the Big 3 has on the Tour: it could open the door for a mutiny. So on Sunday, a lot will be about defending one’s ground, keep the other off one’s lawn and take or maintain control. This final could really turn into a tennis episode of Star Wars.