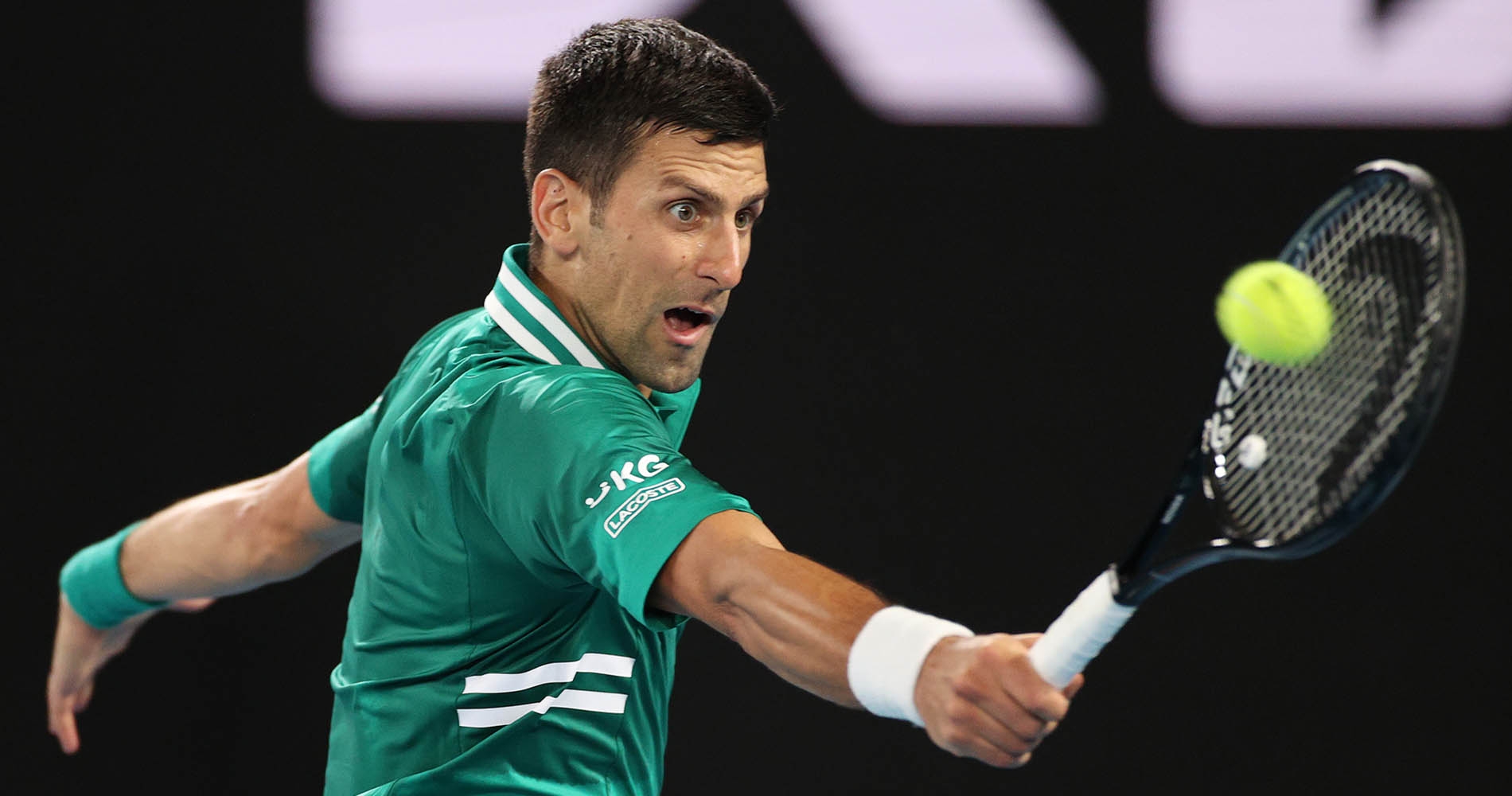 It hasn’t been easy for Novak Djokovic this year in Australia. The world No 1 has battled through an abdomen injury and at times struggled to play the type of flawless tennis that he has become known for down under, but the Serb has never relented in his quest for a record ninth Australian Open title, and his progress continued on Tuesday night as he finished off Germany’s Alexander Zverev in four sets, 6-7(5), 6-2, 6-4, 7-6(6).

Djokovic, who improves to a jaw-dropping 80-8 lifetime in Melbourne, will face Australian Open Cinderella story Aslan Karatsev in the semi-finals. Earlier on Tuesday the 27-year-old Russian qualifier defeated Grigor Dimitrov in four sets to become the first ATP player in history to reach the semi-finals on his Grand Slam debut.

A complicated and physical battle

Tuesday’s triumph was by no means a simple one for Djokovic, as he had to rally from a set down and also wiggle out of deficits in the third and fourth sets. But the 17-time Grand Slam champion delivered his most lethal tennis when his back was against the wall as he improved to 6-2 lifetime against Zverev and booked a 39th career Grand Slam semi-final.

Djokovic recovered a deficit in the opening set but dropped the tiebreaker against the 23-year-old, before dominating the second set to draw even.

The third set was a seesaw battle that saw Djokovic battle back from 1-4 down to claim the final five games, a smashed racquet at 1-3 marking a shift in tone and seemingly helping the Serb switch his game to overdrive.

Zverev applied more pressure in the fourth set and raced out to a 3-0 lead, but when he held two break points to go up by a double-break Djokovic battened down the hatches and escaped unscathed.

Predictably the top seed used his momentum to break back, though he was still not out of trouble yet.

Djokovic saved a pair of break points to hold for 4-4 before eventually surging past Zverev in a tense tiebreaker, converting his second match point to claim his victory in three hours and 30 minutes.

The 33-year-old is officially in his sweet spot now — he has never lost a match when he has reached the Australian Open semi-finals and his record beyond the quarter-finals in Melbourne stands at 16-0.