The Adria Tour, a series of charity events devised and headlined by Novak Djokovic, which began in Belgrade on Saturday, has dropped its scheduled leg in Montenegro because of that country’s Covid-19 restrictions. 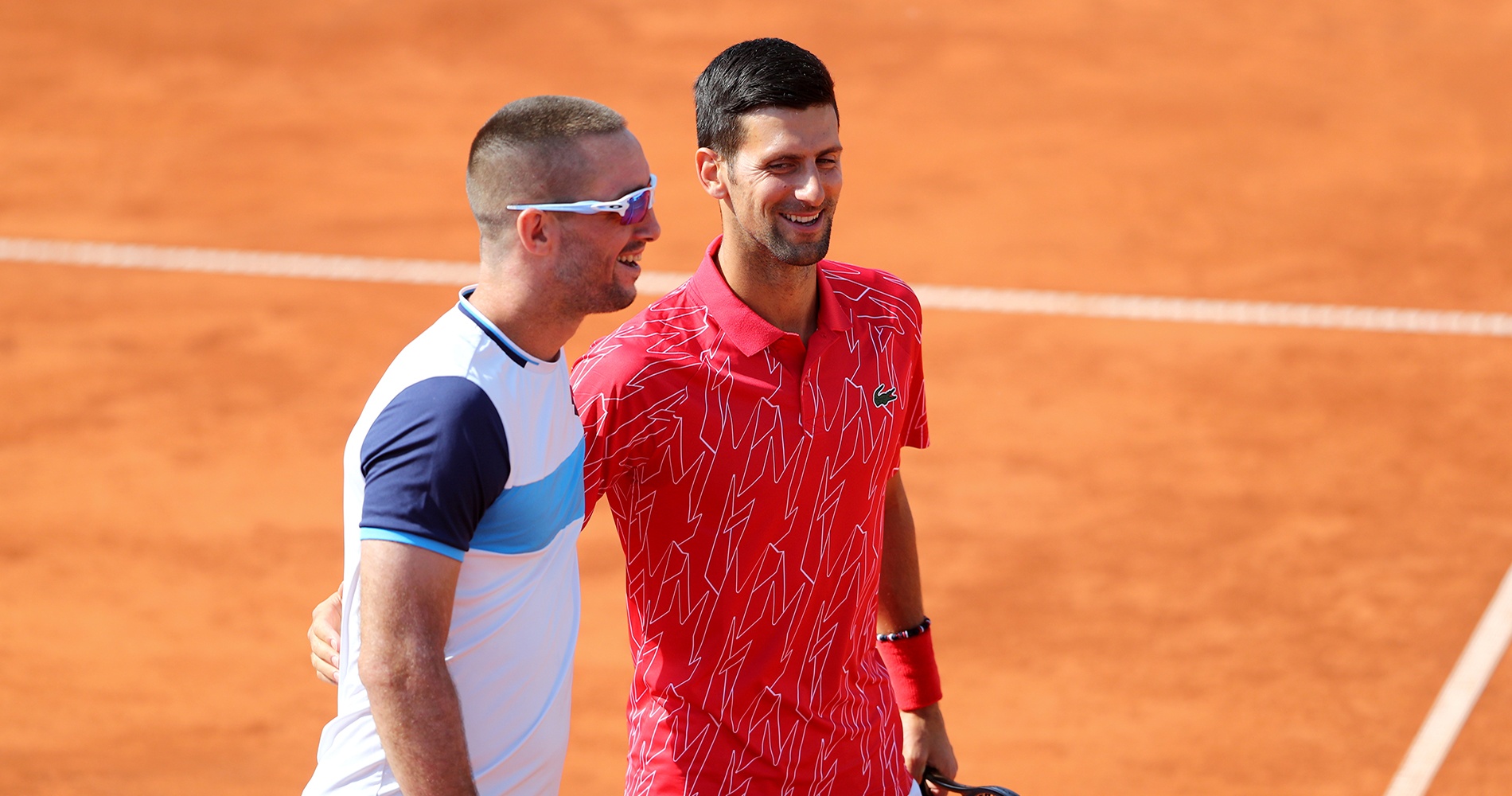 Montenegro had been due to stage the third leg of five on June 27 and June 28 but its current Covid-19 laws restrict entry for people from many countries from entering, including Serbia.

Adria Tour event in Montenegro (27-28June) is cancelled. Montenegro’s government opened borders for citizens of countries that meet the entry criteria set by Montenegro’s health authorities. Serbia is not on this list.

In a statement on its website, the Adria Tour confirmed the cancellation.

“For weeks, we have been trying to find a way to organize everything and prepare a spectacle for all sports fans,” tournament director Djordje Djokovic (the brother of Novak) said. “There were more challenges, starting with the fact that the citizens of Serbia are not on the list of the Institute of Public Health of Montenegro and therefore we can not travel to Montenegro. We hoped that this measure would be changed, but that has not happened yet.

“This is an insurmountable obstacle, because the number of members of our team is large, and without them we are not able to carry out all the technical details flawlessly. Our idea was to play on clay that would be imported and placed in an attractive location in one of the coastal cities just for that occasion, as well as to bring and set all the accompanying details – stands, constructions and other elements, all because of strict standards that we follow.”

The Adria Tour began officially on Saturday with the first round of matches in Belgrade, which included Djokovic, who beat another Serb, Viktor Troicki 4-1, 4-1 in front of a packed stadium. Dominic Thiem, Alexander Zverev and Grigor Dimitrov are among other players in the field.

The second leg is scheduled to be played in Zadar, Croatia, on June 20, 21, while the players will go to Banja Luka, Bosnia Herzegovina on July 3, 4 before it ends in Sarajevo on July 5.

The Adria Tour adjusted the tagline on its website Saturday to say “three countries, four cities, 4 weeks of first-class tennis’.