The world No 2 left everything on the court – including blood 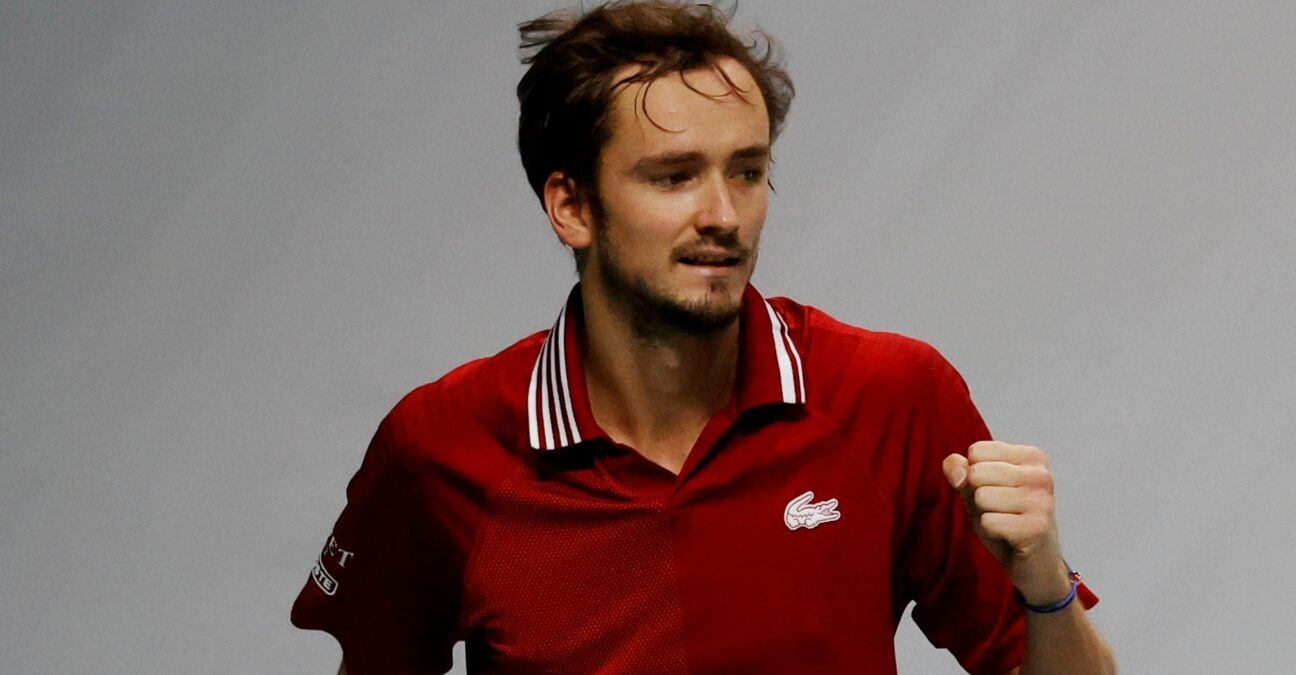 And he did it despite a second-set time-out after suffering a nosebleed just after breaking the German’s serve.

The world No 2 made 70 per cent of his first serves, winning 83 per cent of those points, serving seven aces and no double faults – and making just eight unforced errors. He broke his opponent twice, capitalising on the occasional mistake and powering his way through in one hour and six minutes.

“I’m really happy for the team to be in the final,” said Medvedev afterwards. “Amazing two weeks so far for us – beating Spain was the highlight, beating Spain in Madrid, we were so happy to beat the home favourites.”

He gave a more considered response in the post-match press conference, talking about team-mate Andrey Rublev’s quickfire win over Dominik Koepfer, and explaining: “It’s never easy, Davis Cup. Definitely if look at the score today, two singles matches, actually till the last game of the match we didn’t face a breakpoint. Yeah, you want to say it’s easy. No, it’s never that easy.

“Andrey, I looked on the TV, was pretty confident, his game. Talking about my match, until 4-4 Jan played amazing, served amazing. On my serve tried to go for it. So was not easy. I managed. He had a little bit of a worse game, more second serves, more mistakes. I managed to break him, which was the main key for the match.

“Again, before the match you cannot know the result, you cannot know what’s going to happen. Against Jan, I had really tough matches lately. It can never be easy. But we’re happy that we managed to do it. Less than six hours for two matches. Fresh for tomorrow and a lot of confidence for sure.” 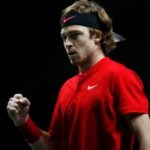 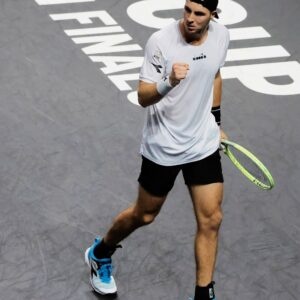