France’s Mathilde NGijol Carré, seeded seventh, will play in the final of the Petits As on Sunday against Israel’s Mika Buchnik 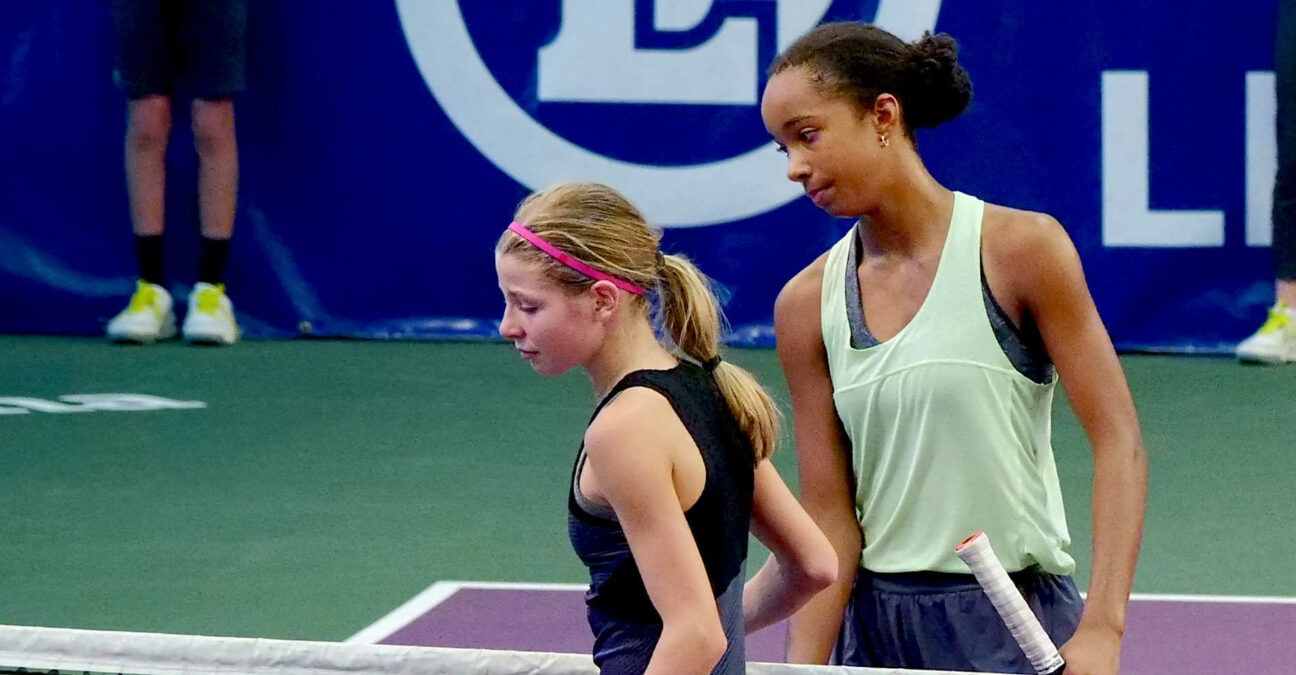 The girls’ singles final of the world’s most prestigious U14 tournament will pit France’s Mathilde Ngijol Carré against Israel’s Mika Buchnik on Sunday.

Ngijol Carré, seeded seventh, beat 12-year-old Hannah Klugman of Britain in the semi-finals of the Petit As on Saturday. Klugman’s incredible talent couldn’t sustain her for more than forty-five minutes (7-5, 6-2) and leaves Tarbes with, in theory, two more chances to win the tournament in the next two years. In the other semi-final, Mika Buchnik had dominated the American Claire An (7-6 [5], 6-3).

NGijol Carré – Klugman was the most anticipated match of the day at the Parc Expo in Tarbes – between the last French girl in the competition and the British player two years younger than most of her opponents, whose maturity has amazed tennis professionals since the beginning of the week.

Mature, tactically intelligent and impressive across the board, Klugman stayed that way until she served for the first set at 5-4. After a poor start (3-0 to Ngijol Carré), Klugman employed the same skill that had tormented fourth seed Lucia Hradecka, 2009-born prodigy Ksenia Efremova, and sixth seed Eva Maria Ionescu in previous rounds.

“I tried to be aggressive but she was cutting off a lot of trajectories,” Mathilde NGijol Carré told TennisMajors.com after the match. “I started to back off and take more time to build my points. It didn’t take much.”

Klugman then dropped three set points in a game where her serve failed her, including three double faults, one of which was on the third of those set points.

NO FRENCH WINNER SINCE 1984

From 5-5, the match changed direction. Klugman struggled to control her frustration after losing the game and then the set (7-5), despite a break clearly spent drying some tears.

NGijol Carré took advantage of her opponent’s impatience and her more spontaneous mobility with this sixth match in six days, including doubles, to get more into the court. Despite two double faults at 5-1 on her serve, including one on match point, the Parisian ended the match on Klugman’s serve, in front of the partisan Tarbais crowd.

Ngijol Carré will now try to become the first French winner since Emmanuelle Derly in 1984.

Only Israel’s Mika Buchnik can stop her, after gritting her teeth in a first set where the American An dictated the exchanges with her superior ball speed. Buchnik held on until the tie-break when she was able to turn the set in her favour. An was caught cold in a second set that went by more quickly.

NGijol Carré knows Buchnik from having beaten her in the final of an international U12 tournament in Vilnius in December 2019 (6-1, 6-2). “That was two years ago, things have changed since then,” says the Parisian, who attends the BTT tennis academy in Barcelona. Admission to the final will remain free as long as seats are available.