On this day in tennis history, a 18-year-old Monica Seles defeated a 36-year-old Martina Navratilova for her third Masters Cup title in a row. 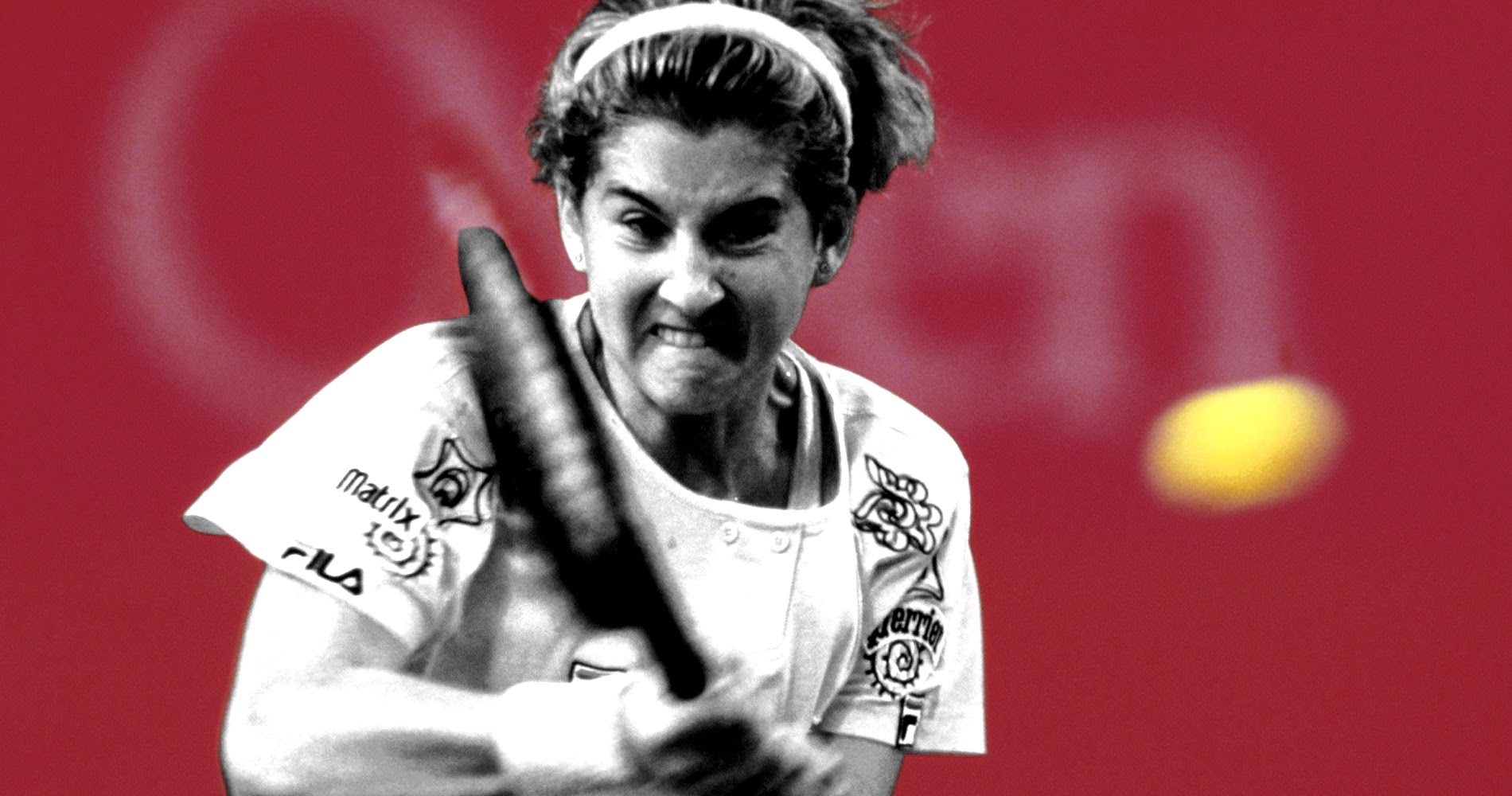 On this day, November 22, 1992, in a clash of generations, an 18-year old Monica Seles defeated 36-year old Martina Navratilova (7-5, 6-3, 6-1) to claim her third consecutive Masters Cup. With this win, Seles, who was world No 1 since March 1991, confirmed her domination on the tour, after having clinched three Grand Slam crowns in the 1992. It was also her last appearance at the Masters Cup before her stabbing, in April 1993.

Monica Seles had been one of the most successful players in the world at a particularly young age. She first made her name known on the tour in 1988, at the age of 14 in Boca Raton, where she defeated world no.31 Helen Kelesi (7-6 6-3). Her powerful two-handed groundstrokes, innovative way of hitting the ball so early with so much power, and of course, her trademark grunting, represented a revolution in the women’s game. In 1989, she played her first full year on the tour and, after claiming her first title at Houston early in the year, she played in her first ever Grand Slam main draw in Roland-Garros. This first appearance in Paris would be long remembered. In the third round, facing world no.4 Zina Garrison, young Seles, aged 15, gave away flowers to the Center Court public before crushing her opponent 6-3 6-2. She went on to the semi-final where she was only defeated in three sets (6-3 3-6 6-3) by the invincible Steffi Graf, who had won the last five Grand Slam tournaments. In 1990, at the age of 16, she was the youngest ever player to win Roland-Garros, taking her revenge upon Graf (7-6, 6-4). It was the start of her domination on the tour. In March 1991, aged 17, she became the youngest world number one in tennis history, knocking over Graf from the throne she had been sitting on since the summer of 1987. From January 1991 on, Monica Seles won 7 out of the 8 Grand Slam tournaments she participated in, losing only the 1992 Wimbledon final, setting a 56-1 victory-loss record. Furthermore, she claimed two consecutive Masters Cups in a row in 1990 and 1991.

Martina Navratilova, born in 1956, was, according to Billie Jean King, “the greatest singles, doubles, and mixed doubles player who ever lived,”. Since 1968 when the Open Era began, no male or female player won more singles tournaments (167), doubles events (177), or matches (2,189) than Navratilova. Navratilova had claimed a total of 18 Grand Slam titles in singles, with a record of 9 Wimbledon crowns, 6 of them having been racked up successively between 1982 and 1987. In 1992, she had already accumulated 31 Grand Slam crowns in doubles, and 6 in mixed doubles. She only missed out on the Australian Open mixed boules title to complete the Boxed Set Grand Slam, meaning winning all the four events in singles, doubles and mixed doubles. She also held a record of 6 consecutive Grand Slam titles between Wimbledon 1983 and the US Open 1984 (back then, the Australian Open was played in December), and had secured the world no.1 spot for 332 weeks, a record at the time. Navratilova, left-handed, played serve and volley like no one before. According to her rival Chris Evert, she took fitness to a new level in women’s tennis, introducing the idea of cross-training, playing other sports such as basketball in order to improve her physical condition. In November 1992, she was still world No 5 after reaching the semi-finals at Wimbledon (lost to Monica Seles, 6-2, 6-7, 6-4).

The women’s Masters Cup, known as the Virginia Slims Championships, was originally founded in 1972. Its first edition was held in Boca Raton, Florida, and the tournament moved to Los Angeles and Oakland before eventually settling down in New York in 1979. The venue of the event was the famous Madison Square Garden, where 18,000 spectators could be hosted. In 1994, the first 16 players in the world qualified for the Championships, and, unlike in modern days, there was no round robin. Since 1984, it was the only tournament on the women’s tour where the final was played under a best-to-five set format. Navratilova held the record of the most titles at the Masters Cup, with 8 victories, but Seles had claimed the two latest editions, in 1990 and 1991.

The 1992 Masters Cup final was a real clash of generations, as Monica Seles, 18 years old, was twice as young as 36-year old Martina Navratilova. Navratilova, with her 18 Grand Slam titles, was a real legend, but she hadn’t won a major title since Wimbledon 1990, while Seles was the youngest player in tennis history to hold 7 Grand Slam crowns.

Their styles of play were also completely different. Navratilova played an old school serve-and-volley, while Seles, holding her racket with two hands on both wings, played a new kind of extra powerful baseline game.

In the first set, Navratilova started well and even served for the set at 5-4, but she was broken back, and Seles took the set, 7-5. In the second set, the 9-time Wimbledon champion took the lead again, 3-1, but the world No 1 then increased her level and, speeding up the pace, totally outplayed Navratilova, 6-3, 6-1.

With this third consecutive title at the Masters Cup, her 10th title in 1992, Seles put the cherry on one of the greatest seasons that was ever played. She was the undisputed world No 1, despite the negative comments she received in New York about her appearance.

Martina Navratilova would obtain her last remarkable result at Wimbledon in 1994, finishing runner-up to Conchita Martinez (6-4, 3-6, 6-3), before retiring at the end of the year. In 2000, Navratilova would come back on the tour, playing essentially doubles, and by winning the mixed doubles at the 2003 Australian Open, partnering Leander Paes, she would complete the Boxed Set Grand Slam and become the oldest Grand Slam champion of all time at the age of 46. In 2004, she would receive a controversial wild card into the Wimbledon single’s draw. Now 47, she would incredibly win her first round 6-0 6-2 against world no.102 Catalina Castano, before losing to Gisela Dulko, no.59, 3-6 6-3 6-3. In 2006, a few weeks from her 50th birthday, she would claim the mixed doubles title at the US Open, partnering Bob Bryan, and finish her career on a victory.