April 30 1993: The tragic day Monica Seles was stabbed in the back

Every day, Tennis Majors looks back at the biggest moments in tennis history. On April 30, 1993, Monica Seles was stabbed by a crazed fan in Hamburg, at the time she was dominating the women’s game 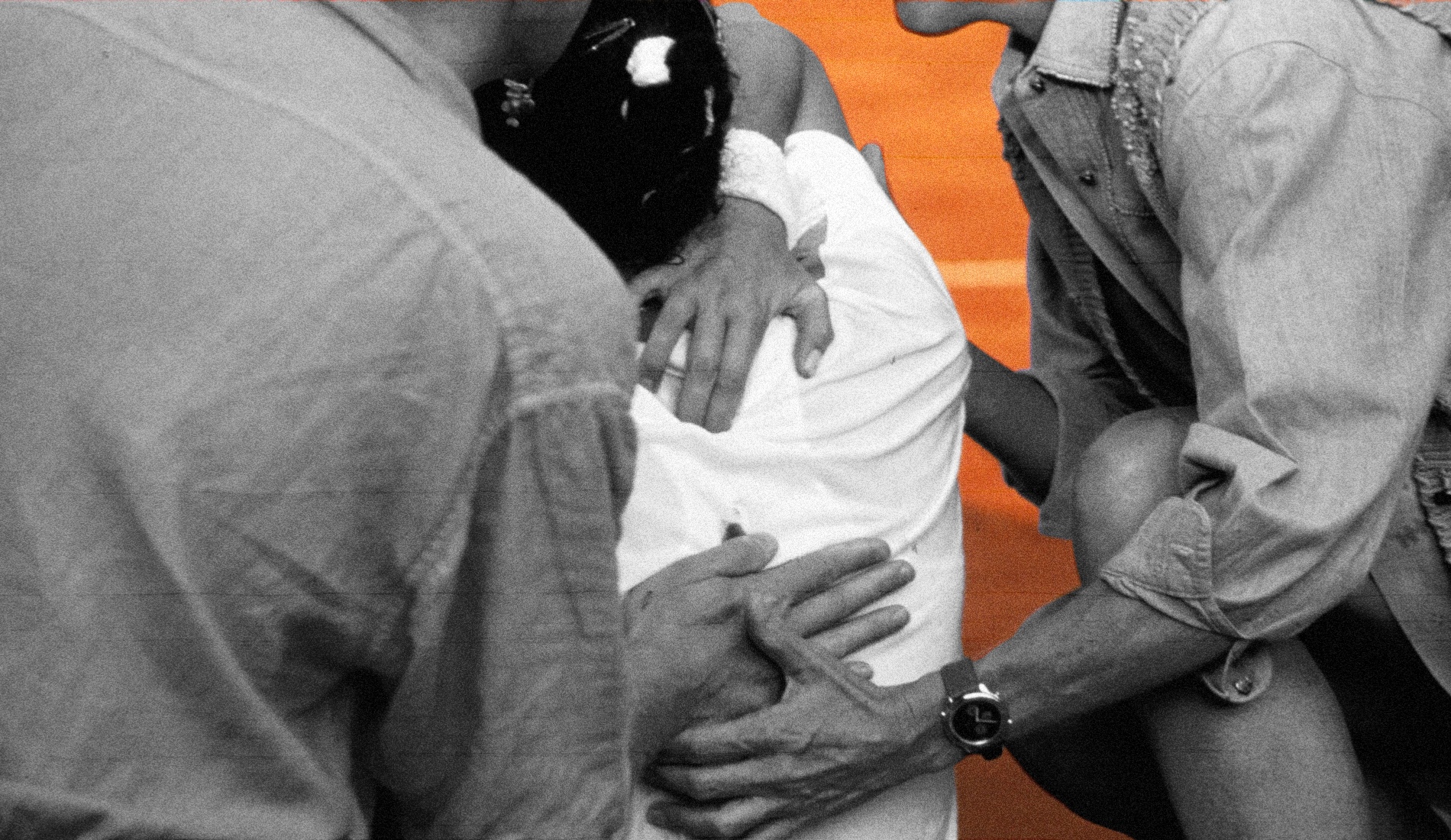 Monica Seles, aged 19 and world No 1, was stabbed in the back by a mentally unstable man, Gunter Parche, during a changeover. Seles was leading 6-4, 4-3 against Magdalena Maleeva in her quarter-final match in Hamburg. This event certainly had dramatic consequences on her life and career, but also on tennis history. The tennis world discovered how far a fan’s obsession could go. Indeed, the offender was a Steffi Graf enthusiast who wanted to rid the competition of Seles so his favourite player could be world No 1 again. Through this single act, the 38-year old factory worker broke the momentum and spirit of a player who had the potential to dominate the game for several years to come.

Monica Seles: World No 1 and totally dominant at the time

Ranked world No 1, the Yugoslavian with Hungarian roots had been dominating tennis for two years. In 1990, at the age of 16, she was the youngest player ever to win Roland-Garros. In March 1991, aged 17, she became the youngest world No 1 in tennis history, knocking Graf off the throne the German had sat on since the summer of 1987. Since January 1991, Monica Seles had won seven of the eight Grand Slam tournaments she had participated in, losing only the 1992 Wimbledon final, setting a 56-1 record. Furthermore, she claimed three WTA Tour Finals wins in a row in 1990, 1991 and 1992. She had a very strong influence on the game with her powerful two-handed groundstrokes, her innovative way of hitting the ball so early and very powerfully, and of course her trademark grunting which was criticised by certain opponents. 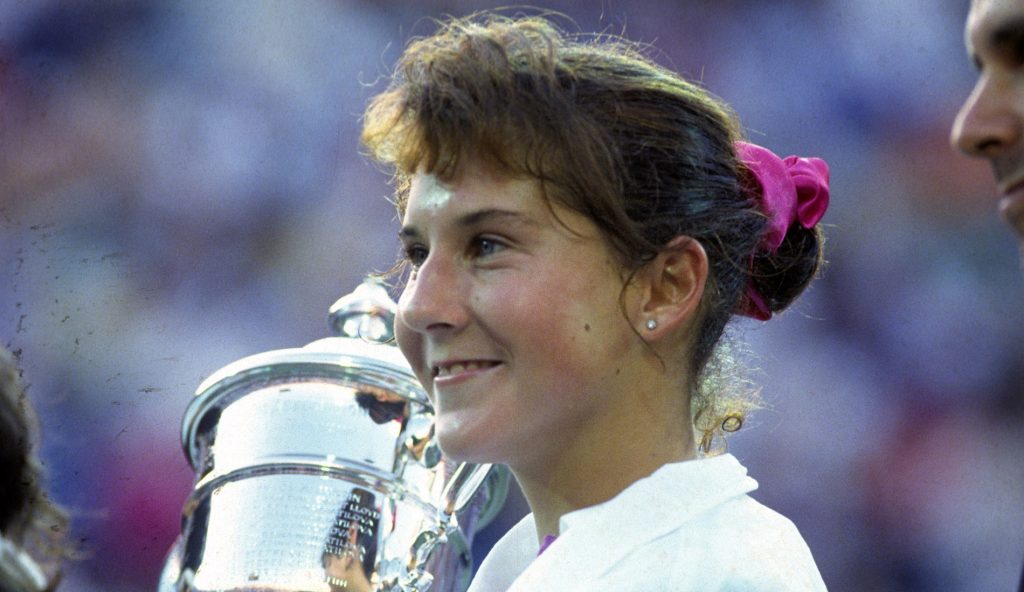 Magdalena Maleeva, ranked No 14, was the youngest of an incredible tennis family, her two sisters being professional players as well; Manuela (best-ranked No 3 in the world), and Katerina (best-ranked No 6). In fact, in this very tournament the three sisters were seeded No 5, No 7 and No 8.

No one had heard of Gunther Parche until that day. Born in 1954, this unemployed factory worker was apparently so obsessed with Steffi Graf that he had bought a VHS recorder just to record her matches and watch them all over again. He later claimed later that his intention was only to wound Seles. According to witnesses, he looked deranged.

The Hamburg women’s tournament had been held from 1982 until 2002, and in 1993, it took place the week before the men’s event. The program was amazing with a very dense draw, including the two best players in the world. A dream final was anticipated between Seles and Graf but even the No 3 and No 4 seeds were big fishes – Arantxa Sanchez Vicario and Jana Novotna.

Seles-Maleeva, 6-4, 4-3. Everything was normal on April 30, at 6.50 PM. The 90-second change-of-ends break was coming to its end. Seles was about to have a last sip of water before resuming the game. At that very moment, Gunter Parche, who had managed to walk down the pedestrian aisle unnoticed, stabbed her in the back with a kitchen knife. Monica Seles rose quickly from her seat, clutching her back and screaming.

She later told the story herself in 2009 in her autobiography, Getting a Grip :

“I remember sitting there, toweling off, and then I leaned forward to take a sip of water, our time was almost up and my mouth was dry. The cup had barely touched my lips when I felt a horrible pain in my back. My head whipped around towards where it hurt and I saw a man wearing a baseball cap, a sneer across his face. His arms were raised above his head and his hands were clutching a long knife. He started to lunge at me again. I didn’t understand what was happening.”

Gunther Parche was restrained within a couple of seconds by security guards, helped by members of the crowd, before he could strike again. While the chair umpire, Stephane Voss, helped by a spectator and Monica’s brother Zoltan, was taking care of her until the paramedics arrived, her opponent Maleeva stayed still on her chair, petrified by the turn of events. A few minutes later, still conscious, Seles was evacuated to the local hospital. Blood could be seen on her white shirt, dripping down from her wound. The 8,000 people in the crowd were shocked and so was the rest of the world when the news spread. Monica Seles’ stabbing was already all over the TV news.

Luckily, the blade missed, albeit barely, the spinal cord and didn’t damage any vital organs. The three-quarters-of-an-inch wound didn’t put the player’s life at risk. After a few days in a local hospital, she flew off to the USA to continue her recovery. The doctors were confident she would be fully healed in a three-month delay. The tournament went on anyway, and Arantxa Sanchez Vicario claimed the title against Steffi Graf (6-3, 6-3). In the semi-finals, Sanchez beat Maleeva (6-2, 7-6), who then went through after Seles “withdrew”.

Monica Seles would not play tennis again in 1993 and had dropped to No 8 in the world by the end of the year. The psychological wound proved to be much deeper than the knife-blow itself. Although she was physically ready to play just a few months afterwards, it would take over two years before she played on the tour again. She also learned shortly after the stabbing that her father and lifelong coach was sick with cancer.

In the summer of 1995, she first played an exhibition match with Martina Navratilova, who had retired the year before. Seles then attended the Toronto Open with a special status of world No 1 ex-aequo and claimed the title without dropping a single set. A few weeks later, she was beaten in the final of the US Open by Steffi Graf in three sets (6-7, 0-6, 6-3). At the start of 1996, aged 22, she won her last Grand Slam tournament at the Australian Open. In the final, she defeated Anke Huber, from Germany (6-4, 6-1).

After that, she would remain in the top 10 until the end of 2002, but suffering with food disorders and weight issues that she described in her book, she would never lift a Grand Slam trophy again. She still, however, reached two finals, at the 1996 US Open (defeated by Graf, 7-5, 6-4) and at the 1996 French Open (defeated by Sanchez, 7-6, 0-6, 6-2). Struggling with a foot injury, she played her last match ever at Roland-Garros in 2003, which she lost against Nadia Petrova (6-4, 6-0), although she only announced her official retirement in 2008. 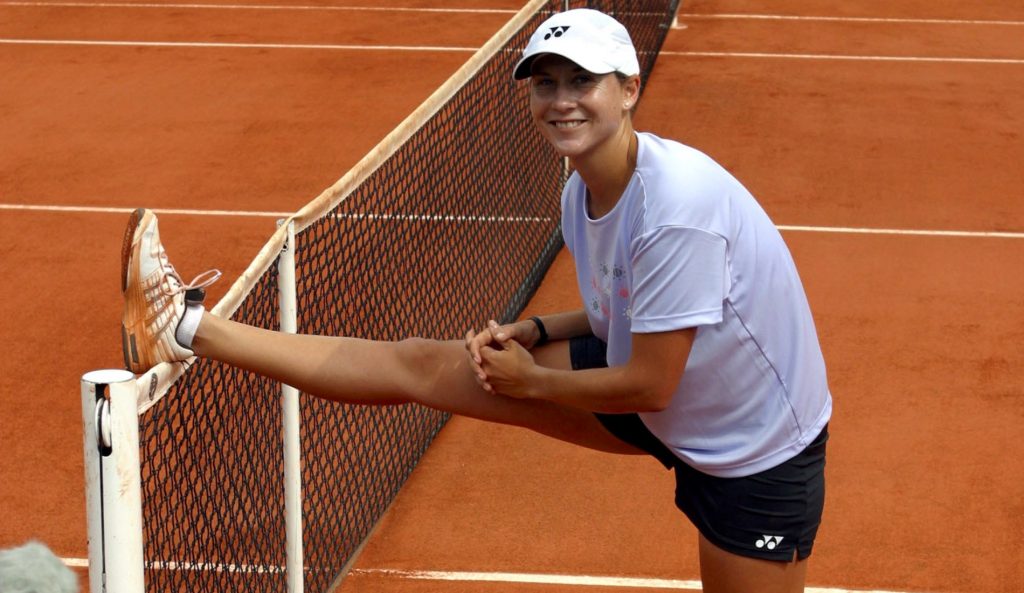 Seles’ attacker achieved his goal: to stop her domination and to allow Steffi Graf to take the lead on the women’s tour for the foreseeable future. The German then claimed back the world No 1 spot in June 1993 and won the three remaining Grand Slams. “I can’t say whatever was meant to be, was meant to be,” Seles regretted in a 2004 interview with the Chicago Tribune, quoted by ESPN.

“When I look back, I’m sure my career, in terms of achievement, would’ve been different if I hadn’t been stabbed, and I’ll always wonder why I’m the only one in history who that ever happened to.”

Monica Seles never hid that she didn’t really appreciate the fact that the tournament had continued, as well as the few public declarations made by Graf about the attack, despite her visit to the hospital on the next day. A few weeks later, a board meeting with the top players in the world would vote against her being granted a protected ranking.

“I was candidly sure that the tournament had stopped straight after the attack”, said Seles to L’Equipe Magazine on the 23rd of May, 2009. “But no, everything went on as if nothing had happened. (…) Tennis is just another business where money comes first.”

After this attack, security protocols around tennis players drastically increased. Since that day, players are closely monitored by security guards at the change of side but also when they walk around the venue. The aggressor would be considered mentally deficient at his trial and sentenced to a two-year sentence on probation. This light sentence was a big shock to Seles and her family. Now that his time has been served, Gunter Parche lives in a retirement house in Nordhausen, Thuringe area.